Israel's new government: The faces and parties you need to know 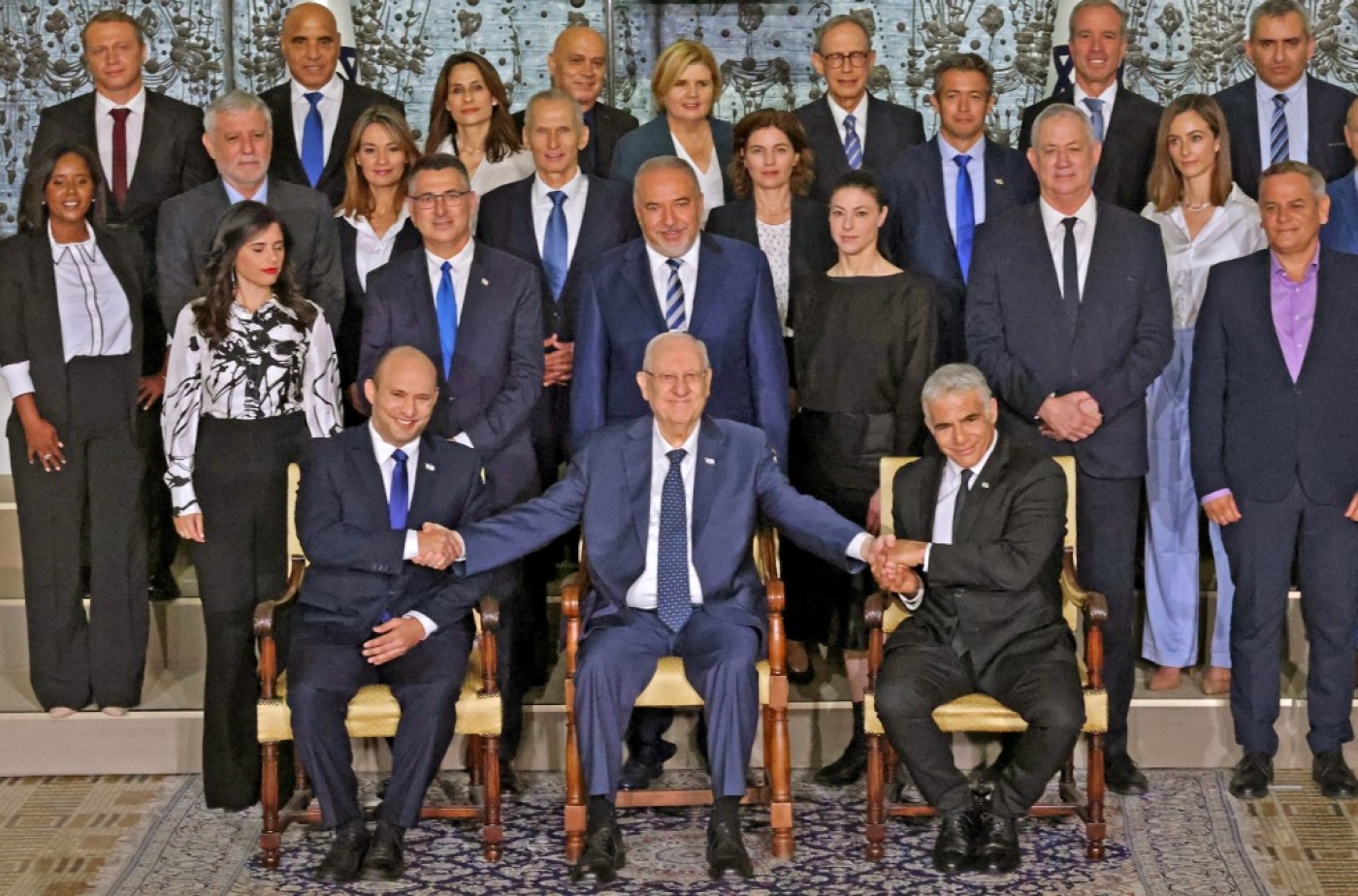 Naftali Bennett and Yair Lapid were able to cobble together a coalition of 60 Knesset members, the bare minimum needed to form a “government of change”, composed of parties from left to right, secular to religious.

The Bennett-Lapid government hopes to tackle social hardships caused by a plummeting economy suffering the consequences of the Covid-19 pandemic and three lockdowns since March 2020. But it will also have to deal with the Israeli-Palestinian conflict, the prospects of a new nuclear deal between the US and Iran, and internal issues of state funding to religious groups.

Netanyahu is now the leader of the opposition, and only needs one Knesset member to defect from the new government to force Israel into a fifth election, giving him a chance at getting back into power.

Bennett, a Jewish ultranationalist, heads the Yamina (Rightwards) party, which ranked fifth in the Knesset during the last elections in March.

The tech entrepreneur opposes a Palestinian state: he has called for the annexation of the occupied West Bank and pushed for the expansion of illegal settlements. In 2010, he was the general-director of the Yesha Council, an umbrella for settlements in the West Bank.

Bennett, 49, served as Netanyahu's chief of staff in 2006. His latest government post was Israel’s minister of defence in 2019.

He is slated to serve as prime minister for two years, when he will be replaced by Yair Lapid.

The centrist leader of Yesh Atid (There is a Future) got the mandate to form a government from outgoing Israeli President Reuven Rivlin, but ceded to Bennett, who will lead it first.

Like Bennett, Lapid served in a Netanyahu-led government, as finance minister in 2013, before embarking on a political career on the benches of the opposition.

The TV anchor and celebrity entered politics in 2012, founding a party that says it aims to ease the financial and social hardships of Israel's middle class.

He will serve as foreign minister for two years before replacing Bennett in 2023, assuming the government holds.

Heading up the defence ministry is well within Gantz's comfort zone.

Throughout his career, Gantz has occupied various military-related posts, serving as the army’s Chief of Staff, Israel’s military attaché to the US, and most recently Defence Minister. He was also the alternate prime minister in the “unity government” formed with Netanyahu after the March 2020 elections.

Gantz’s Blue and White political alliance is made up of former military servicemen. Gantz, 62, left Netanyahu's coalition to join the opposition after the latter failed to pass a vote on the budget prior to this year's March elections.

Lieberman, 63, was defence minister, before he quit Netanyahu's government in November 2018 for its failing to push for a full-blown war against the besieged Gaza Strip.

This set Israel on the path of four inconclusive elections since March 2019.

A staunch secularist, anti-Palestinian and settler advocate, Lieberman aimed - and ultimately failed - to introduce laws that require members of the ultra-orthodox Jewish community to serve in the Israeli army.

Now, as finance minister, the Moldovan-born Lieberman has the chance to bring the ultra-orthodox community into the workforce, making it less dependent on state-funded packages and benefits. He also needs to tackle the dire economic situation.

Saar, 54, is the fourth of Netanyahu’s former allies, after Bennet, Lapid and Lieberman, to have lobbied to depose him from power.

In December, Saar defected from Netanyahu's Likud, which, with its 30 seats, is the largest party in the Knesset, and formed his New Hope party.

He was seen as the main rival to Netanyahu. His post as justice minister comes as Netanyahu faces corruption trials, which could take years and eventually see him handed a prison sentence.

Saar will also serve as a member of Israel’s security cabinet.

In theory, Abbas’s United Arab List, Raam, is an offshoot of the ideology of the Muslim Brotherhood, and so Israeli rightwing hawks see him as “Hamas in the Knesset”.

Yet Abbas has nothing to do with the Brotherhood or Hamas. In early 2021, his party split from the Arab Joint List, a political alliance that represents the national aspirations and rights of Palestinian citizens of Israel, who at 1.9 million make up 21 percent of the population.

The Raam party won four seats in the Knesset and was seen as Israel’s kingmaker after the last elections, in March. But Netanyahu faced opposition and pressure from his religious Zionist allies to not form a government with Raam.

Abbas insists that his party is neither left nor right.

He has made controversial statements describing Palestinian political prisoners as “terrorists", and failed to condemn Israel's bombardment of Gaza and the violent storming of al-Aqsa Mosque, or the violent crackdown on Palestinian citizens of Israel during protests in mixed cities in May.

Abbas is making history by being the first Palestinian citizen of Israel to be in an Israeli government.

He will serve as a deputy minister in the prime minister's office. Bennett and Lapid had promised him they will halt the demolition of the homes of Palestinian citizens of Israel that authorities claim were built without permits.

Michaeli is the head of Labor, once a party that dominated Israeli politics, until Likud come back to power in the 1990s after Yitzhak Rabin's assassination in Tel Aviv.

The 54-year-old is the only female leader of the eight party heads in government. She has worked to strengthen the Labor party, which won seven seats in the March election and is politically on the left of a government whose majority consists of rightwing and religious parties.

Horowitz has a big task ahead of him: he will lead the Ministry of Health as the country emerges from three lockdowns and nationwide vaccinations.

Horowitz, 56, is the second Israeli openly-gay politician, after Amir Ohana. He was lambasted by Israeli far-right activists and Netanyahu supporters for supporting calls for the International Court of Justice in The Hague to investigate Israeli army commanders for war crimes.

Meretz's slogan is "Left is Meretz". It calls for equal opportunities in education, civil partnership and marriage, secularism and tackling the influence of the Jewish religious parties.

Meretz supports a Palestinian state, the disengagement from settlements in the West Bank, freezing settlement expansion, and partitioning Jerusalem into two capitals, the western part for Israelis and the eastern for Palestinians, while returning the occupied Golan Heights to Syria in return for peace.