The Likud leader might finally be on his way out of office. He'll do everything he can to make his replacements fail, but that could also hold them united If you are one of those Israelis who see ousting Benjamin Netanyahu as the ultimate goal, then the “government of change” in the making is a sufficient fulfilment of your wish. If you have any ideological aspirations, it certainly is not.

The only way for this artificial creation, a coalition that runs from the nationalist-religious right to the secular Zionist left, to survive is to set aside all ideology: be it the end of the occupation, Israel’s social-economic status, or the preservation of democracy and its institutions.

Unseating Netanyahu is a worthy task; it just not enough. Even the definition of the new creation is under debate. Those involved choose to call it “unity government”; Netanyahu calls it “coalition of surrender” or “the fraud of the century”. His close ally, Miri Regev, nicknamed Naftali Bennett the “Madoff of Israeli politics”, after the financier who ran the biggest Ponzi scheme in history.

It is, in fact, none of the above. It is a grouping of politicians who for national or personal reasons came together to replace Netanyahu.

In a “normal” country that only needs good management, the cause to unseat Netanyahu alone would be worthy enough. Israel has certainly not been managed for years.

But it needs more. Former Prime Minister Ehud Olmert tried to define his premiership as “management”. Then the second war in Lebanon broke out, and management was not enough. This is, of course, just one example of a failed attempt to just “manage” a country where the dramatic and deadly are daily occurrences.

Echoes of the Capitol Hill riot

The beginning of the new government, if and when it comes, could be quite pleasant. The silence after the perpetual background noise manufactured by Netanyahu may have a healing effect.

Just some personal and behavioural normalcy by the upcoming prime minister, Bennett, and his partners can have an impact similar to the one US President Joe Biden had when he took office after the loud cacophony of Donald Trump’s tenure.

Even that modest goal will not be easily achieved. While Trump has shuffled off to play golf, Netanyahu is bound to stay on as head of an opposition on one mission only: to shorten the life expectancy of the new government.

In the meantime, he and his proxies are engaged in spreading fear and hate. A desperate Netanyahu is more dangerous than ever. In a recent TV clip, he said the new government poses a real danger to Israel and its soldiers. Iranians, he insinuated, are just waiting for this cabinet of weaklings.

One of those proxies, recently elected Likud MP Galit Distel Atbaryan (a well-known author popular on social media), wrote on Facebook: “Every Hebrew Likud mother should know she is now a uterus for rent to produce combat soldiers to fight the enemy whose representatives form the government.” She signed the post off as “Naftali Bennett”, as if the Yamina leader had said it himself.

That’s the spirit. With this feverous atmosphere, Bennett now has to be accompanied by bodyguards, and the secret service recommends he uses a bulletproof car. The images of the 6 January Capitol Hill riot have stuck with many Israelis.

The members of the coalition in the making choose restraint as a strategy. Off the record, they make a list of high-ranking military and police officers who are members of their so-called “dangerous coalition”. One former military chief of staff in Benny Gantz, three retired generals, two ex-police major-generals, and many more.

“These are the people Netanyahu claims are an imminent danger to Israel,” they say. In Israel’s militaristic society, this is a sensitive theme.

Another term Netanyahu uses to delegitimise the future government is “radical left”.

“Bennett is running amok into the extreme left government,” Netanyahu said again in a televised statement after the Yamina leader publicly announced his intention to join the anti-Netanyahu coalition on Sunday.

Left? Bennett, the former head of the Yesha Council (the council of Jewish settlements) and an active advocate of annexation, is to the right of Netanyahu on the Israeli political spectrum.

So is the future justice minister, Gideon Saar, head of the New Hope Party, who called for the immediate implementation of Trump’s annexation plan as part of the so-called “deal of the century” and is one of the most vocal opponents to a Palestinian state. 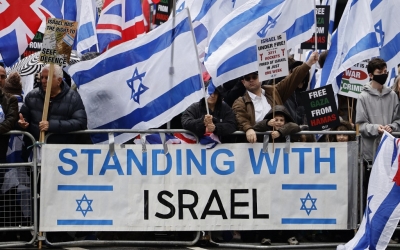 Hard-liner right-wingers are now labelled “dangerous leftists”. But for good reason. Netanyahu has turned the term “left” into a curse. Leftist in Israel now borders on traitor, and traitors deserve to be punished. Therefore, Bennett, Saar and co are leftists.

An old poster in Berlin’s Stasi museum tells citizens “the enemy is he who thinks different”. Israel is on the road to becoming the country where the enemy is the one who dares to differ. This is certainly one valid reason to put an end to this regime, an issue of no less importance to the criminal charges Netanyahu is facing for alleged corruption.

Alongside those right-wingers, the future coalition is to include Yair Lapid’s centrist Yesh Atid Party, center-left Labor, Zionist left Meretz and the undefined Yisrael Beytenu, led by Avigdor Lieberman, a man who shifts loyalty and hatred back and forth from Arabs to Orthodox Jews, and whose minimal respect for the institutions of democracy are well known after run-ins with the law of his own.

Lieberman is the politician who suggested all Palestinian MPs in Israel’s parliament, the Knesset, should be put on trial like Nazi collaborators in the Nuremberg trials, and refused to sit on a chair next to Joint List leader Ayman Odeh. But now he’s set to be finance minister in a government supported by Mansour Abbas, head of the Islamic Raam Party, whose main demand is a significant budget to cater to the needs of his Palestinian electorate.

So far, these seem to be the key portfolios in the future government:

This is to be the first coalition in a long time with no representation of the Orthodox sector at all, and it contains many parties that are ferociously secular.

In a radio interview on Tuesday, Yisrael Eichler of United Torah Judaism said: “Lieberman as minister of finance is a declaration of war on the Orthodox sector.”

The upside of Netanyahu’s presence is that he is the epoxy glue that keeps the coalition together. As long as he is there to cast a giant shadow and make their lives miserable, they have to stick together

Less prominent but similarly dropping out of representation are Sephardi Jews, mostly associated with the Likud and Shas parties, who are now both set to be in the opposition.

An intriguing detail: the security cabinet (for now) will consist of six MPs from the right wing and four only from the left. Both the left’s under-representation and the political division of power may give some insight into a problematic future.

However, even more important than the specific portfolios dished out - or in the left’s case, the lack of them - is the figure set to occupy the position of head of the opposition: one Benjamin Netanyahu. He is bad news and good news for all those newly appointed ministers.

The upside of Netanyahu’s presence is that he is the epoxy glue that keeps the coalition together. As long as he is there to cast a giant shadow and make their lives miserable, they have to stick together.

If he steps down, they are bound to fall apart at the seams. If he is replaced as head of Likud, the whole raison d’etre of this coalition is gone with the wind. With him gone, the right-wingers can safely go back home to the right where they belong.

That is if this government is successfully formed. Political analysts give it between a 60-80 per cent chance, no one bets on 100. 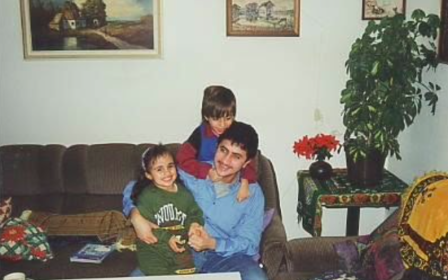 Gaza Under Attack
Israel kills Palestinians with mental illness through impunity. My cousin-in-law was one of them
Hebh Jamal 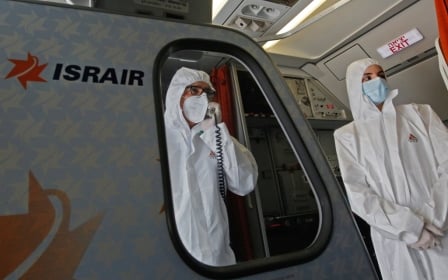 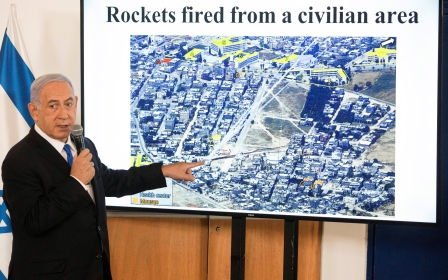