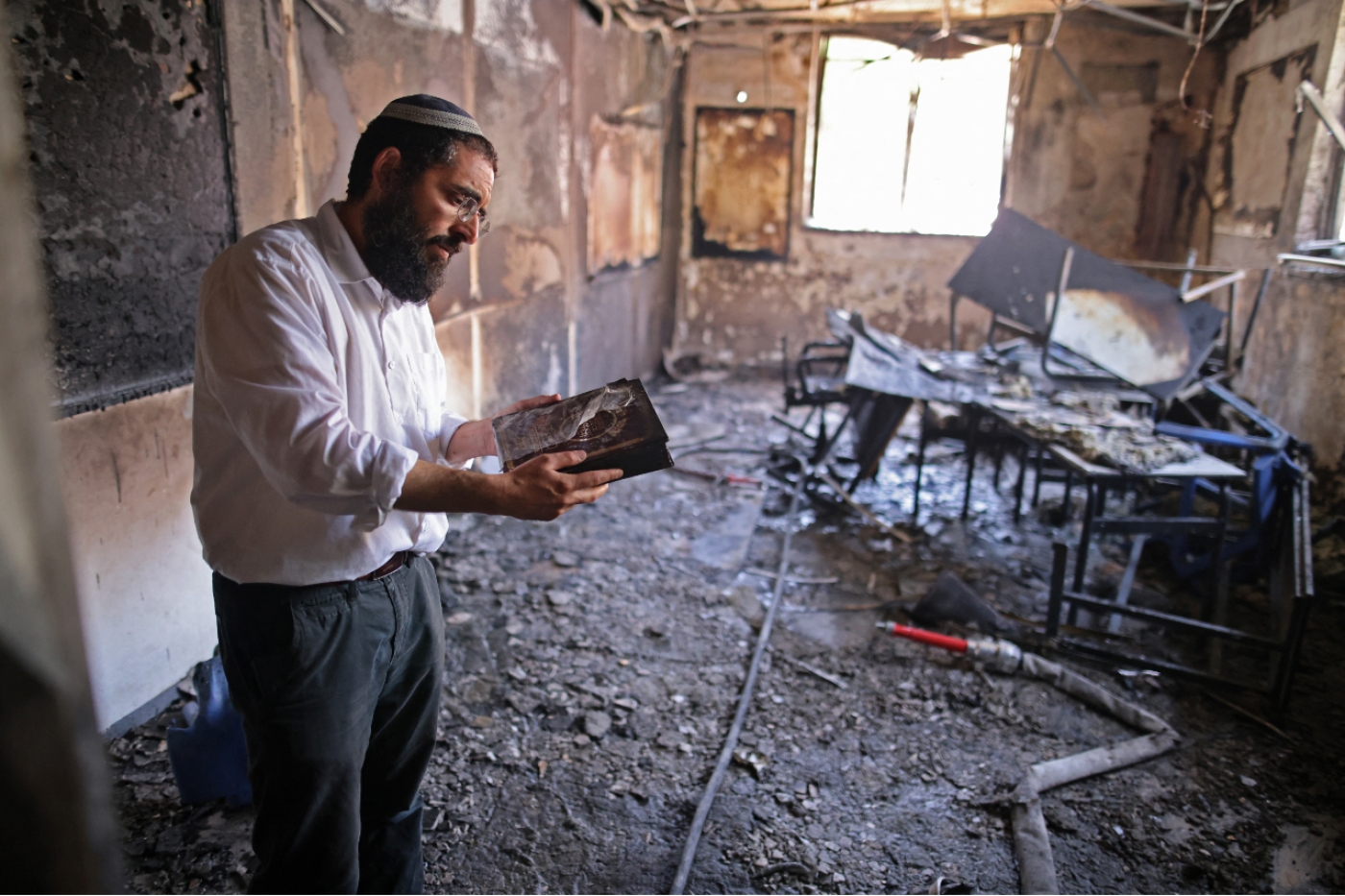 Israel's President Reuven Rivlin has decried events on Tuesday in the mixed Jewish-Palestinian town of Lod south of Tel Aviv as a “pogrom” carried out by "a bloodthirsty Arab mob".

The Israeli government has taken a hardline stance against Palestinian citizens of Israel, especially in Lod - called Lydd by Palestinians - where demonstrators took to the streets on Tuesday evening in solidarity with Jerusalem and Gaza.

Confrontations erupted overnight in the town between Palestinians and Jewish-Israelis, with cars and buildings burned, and at least one synagogue torched. 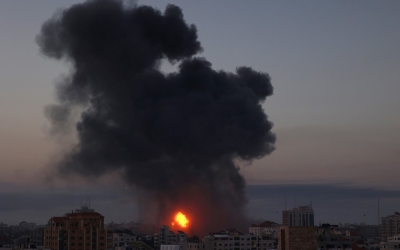 Rivlin tweeted: "The sight of the pogrom in Lod and the disturbances across the country by an incited and bloodthirsty Arab mob, injuring people, damaging property and even attacking sacred Jewish spaces is unforgivable.

"Tearing down the Israeli flag by Arab rioters and replacing it with the Palestinian flag is a brutal assault on shared existence in the State of Israel."

Many Palestinians came out on Tuesday evening across large parts of Palestinian cities and towns in Israel and in the occupied West Bank to reject Israeli forces' most recent attacks on Palestinians in occupied East Jerusalem and the besieged Gaza Strip.

The demonstrators denounced the attacks on Gaza and voiced solidarity with residents of the East Jerusalem neighbourhood of Sheikh Jarrah, who face imminent expulsion from their homes.

Hundreds of Palestinian citizens of Israel took to the streets of various cities, including Nazareth, Haifa and Jaffa.

Israeli security officials said they reassigned 16 border police battalions from the occupied West Bank to Lod and other towns in Israel, after Prime Minister Benjamin Netanyahu had declared a “state of emergency” in Lod.

Palestinian citizens of Israel constitute around 20 per cent of the country’s population and are subject to a number of discriminatory laws compared to Jewish-Israelis.

Palestinian-majority towns and villages have long complained of being neglected and underserved by the state.

Demonstrations also took place in the Palestinian-majority towns of Umm al-Fahm, al-Mashad, Tamra and Arara, among others. A heavy Israeli police presence was present on the ground.

Israeli police spokesman Micky Rosenfeld said 270 people had been arrested in Israel and Jerusalem on Tuesday in police and border police operations, and 12 police officers were injured.

Rivlin said that the Israeli government "must pursue the rioters with a firm hand to restore security and order while fighting terrorism from Gaza without compromise".

Rivlin took office as president in July 2014, when he was elected by the Knesset for a single seven-year term.

The website of the Israeli presidency describe's the role of president as "nurturing moral values, equality and peace throughout society, improving ties between the Jewish majority and the minority populations".

Meanwhile, United Arab List leader and Palestinian citizen of Israel Mansour Abbas has called for an end to the protests against Israeli aggression.

Abbas said: "Protests in Arab society are moving in a very dangerous direction, as popular protests have escalated into violence. This is a threat to peace for young Arabs." 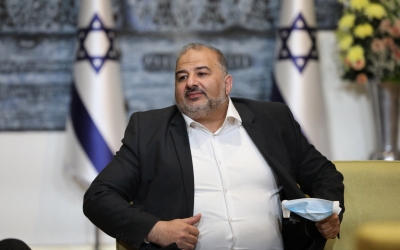 Abbas appealed to politicians from his former partner the Joint List alliance and to local leaders, calling on them to urge Palestinians to refrain from violence and respect the rule of law before further damage was caused.

"I call on everyone to behave responsibly and to adhere to the rule of law," he said.

"I call on our leadership to act accordingly and to call on everyone to calm down and protect public order."

Abbas, who has been touted as a kingmaker in ongoing efforts to form a government in Israel, split from the Joint List earlier this year and has sought to get closer to Netanyahu and his right-wing allies.

As of Wednesday, Israeli air strikes on Gaza had killed at least 56 Palestinians, including 14 children.

Five Israelis have been killed by rockets fired from Gaza, including two Palestinian citizens of Israel - one of them a child - and one woman. 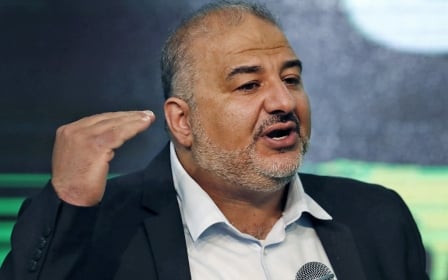 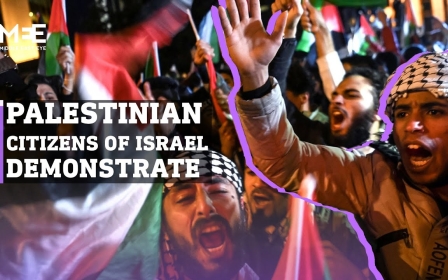 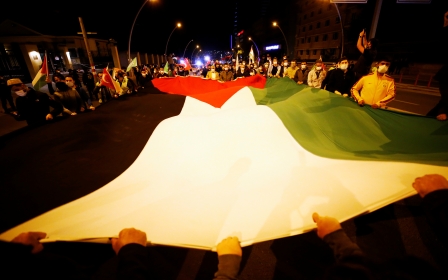