In a letter signed by 73 lawmakers, Democrats urge Biden to reverse Trump's 'abandonment of longstanding, bipartisan' policy in Palestine and Israel Supporters of Palestinians held a protest in front of the Israeli embassy in Washington, DC on 18 May (AFP/File photo)
By
MEE staff

Dozens of House Democrats have signed a letter urging US President Joe Biden to reverse the Trump administration's "abandonment of longstanding, bipartisan United States policy" towards Israel and Palestine, including support for a two-state solution.

The letter, sent to the White House on Wednesday and signed by 73 Democrats, calls on the Biden administration to formally withdraw former US President Donald Trump's proposed Middle East Plan - which he dubbed the "deal of the century".

It also asks that Biden fulfill his administration's commitment to reopening a separate US consulate in Jerusalem to serve the Palestinian population.

With a total of eight demands, the lawmakers focused on Trump's policy changes which they said brought Israelis and Palestinians further away from a two-state agreement, citing the recent upheaval sparked by Israel's attempts at settlement expansion in occupied East Jerusalem and its bombardment of the Gaza Strip as evidence.

"This outbreak of violence was a painful reminder that the Israeli-Palestinian conflict has no military solution and can only be resolved through diplomacy and a negotiated two-state solution that guarantees the civil and political rights, safety, and self-determination of both peoples," the lawmakers wrote.

"Toward that end, we urge you to reverse the previous administration's [policies]," they continued.

Other requests included the issuance of State Department and US customs guidance to make it clear that the US considers Israeli settlements to be inconsistent with international law; the release of a statement of opposition from the White House against the forced expulsion of Palestinian families from their homes in East Jerusalem and throughout Palestinian territory; an assurance that all government documents would "consistently refer" to the West Bank and Gaza Strip as occupied lands; the release of all previously withheld aid to the Palestinians; and the consistent and proactive issuance of firm public condemnations of human rights violations that undermine the prospects for peace. Led by Representatives Gerry Connolly, Peter Welch and Jan Schakowsky, the letter also requests that the White House "insist through all channels that Hamas stop further rocket attacks against Israel".

"While there are additional steps that both parties to the conflict can and must take to preserve the possibility of one day reaching a two-state solution, we believe the first step for the United States must be to urgently restore American policy positions conducive to the prospects for peace," the lawmakers wrote.

Representatives Ro Khanna, David Price, Betty McCollum, Marie Newman, Ilhan Omar, Mark Pocan and Jamaal Bowman were among some of the signatories to the letter.

THANK YOU to @GerryConnolly, @PeterWelch, @janschakowsky, and the 73 members of Congress that signed this important letter calling on the Biden admin to reverse Trump's damaging Israel/Palestine policies.

Read our statement and the full letter here: https://t.co/3XX9dKZzXa

J Street President Jeremy Ben-Ami said the letter sent a critical message to the administration that it could and should do more to stop the ongoing deterioration of the situation.

"The Trump administration's full-throated embrace of the settlement movement and the Israeli right did terrible damage to American credibility, empowered extremists and imperiled the future of both peoples," Ben-Ami said in a statement on Thursday.

"It's therefore incumbent on the Biden administration to do everything in its power to rebuild productive ties with the Palestinian leadership and to make absolutely clear that the US will not stand for illegal settlement expansion, de facto annexation and displacement.

"With a new government taking office in Israel, the US has a critical opportunity to demonstrate publicly that our support for a lasting two-state solution is more than just lip service." 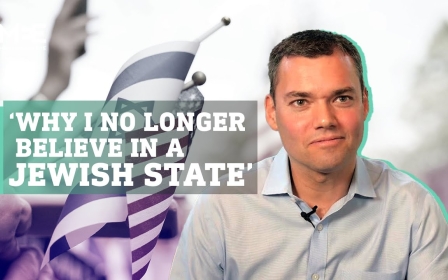 48 Palestinians
Peter Beinart: Why I no longer believe in a Jewish state 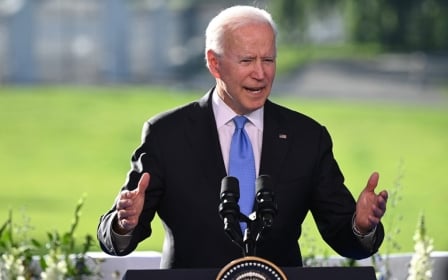 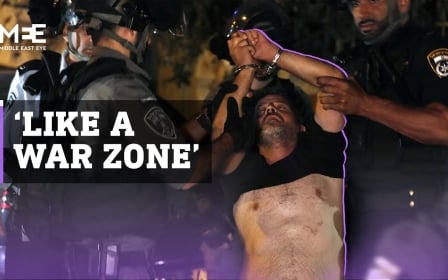