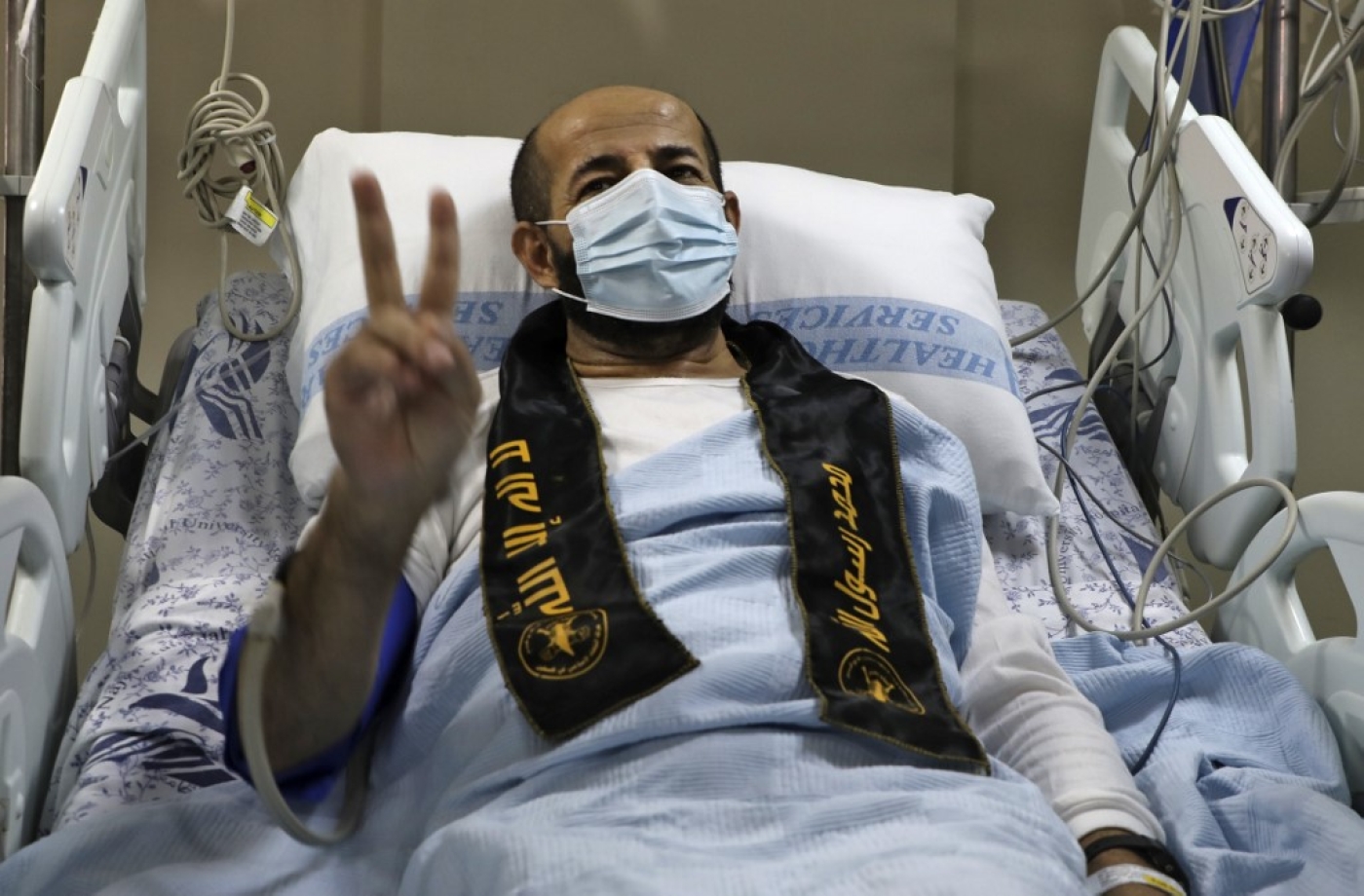 Israeli authorities have released Palestinian prisoner Maher al-Akhras, who spent 103 days on hunger strike in protest against his administrative detention.

Akhras suspended the hunger strike on 8 November after Israel's Supreme Court ruled that the prisoner's administrative detention should end after a four-month term, which is 26 November.

'My freedom is the freedom of my people, and we have won over the occupation with our will and determination,'

Administrative detention is a highly controversial practice. Used almost exclusively against Palestinians, it allows for detention without charge or trial for renewable periods of three to six months, without the possibility of appeal or knowing what accusations are being levelled against the detained.

Early on Thursday, Akhras was moved to al-Najah hospital in Nablus, north of the occupied West Bank, for medical and health checks.

He told local reporters that "my freedom is the freedom of my people, and we have won over the occupation with our will and determination."

He said that his health is "fine... I feel pain in my joints, but I will be fine, inshallah."

Administrative detention was first implemented in Palestine under the British Mandate and has since been adopted by Israel. Many Palestinian prisoners have resorted to hunger strike to protest against the practice.

According to the Palestinian prisoners' rights group Addameer, 4,400 Palestinians were detained by Israel as of October, with 350 of them placed under administrative detention. 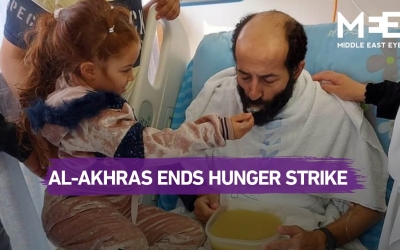 Akhras, 49, was arrested in July and was hospitalised in Kaplan Medical Centre in September, from where he was moved to al-Najah hospital.

He stopped accepting food or drink on the day of his arrest on 27 July. Israel’s internal intelligence agency, Shin Bet, claimed that Akhras is a member of the Islamic Jihad.

Born in 1971 in the village of Salileh, near the city of Jenin in the northern occupied West Bank, Akhras, a father of six, has been imprisoned by Israeli authorities at least five times since he was 18 for at least five years in total. Palestine state
'We won't back down': Palestinians with disabilities call on PA to provide needed health care