Rights group says higher charges should have been levied; defence lawyers say killing was 'tragedy, but not a criminal offense' An Israeli policeman who killed an unarmed autistic Palestinian man in May may stand trial for reckless homicide, pending a hearing, the country's Justice Ministry announced.

Iyad al-Halak, 32, was killed by the police officer on 30 May while on his way to a special needs school in occupied East Jerusalem's Old City.

After months of legal proceedings, the ministry said in a statement on Wednesday that Halak "posed no danger to police and civilians in the area" when he was killed, and that the officer who shot him did so against orders. 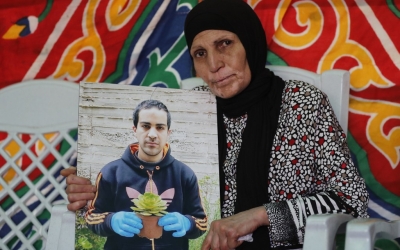 Another case, which was brought up against the shooter's commanding officer, was closed, Haaretz reported.

The ministry said that officers on the scene suspected Halak was a terrorist "in light of certain characteristics of his behaviour" and chased him, but the commanding officer told his subordinates to cease their pursuit before the officer who being charged opened fire.

According to the statement, the officer then shot Halak again after speaking with him, in front of his special needs counsellor who was at the scene.

The statement said that "one of the policemen asked Iyad in Arabic, 'where is the gun?' and Iyad, who was wounded from the first shot, got up and pointed towards the woman he knew (the counsellor) and mumbled something. In response to that, the policeman turned to the woman and asked her in Arabic, 'where is the gun?' and she responded, 'what gun?' At this stage, the suspect policeman fired another shot at Iyad".

The officer's lawyers said after the hearing that they were certain he would not stand trial, arguing that the case was "a tragedy, but not a criminal offence", Haaretz reported.

Palestinian activists and officials have slammed the court for not bringing up stronger charges against the officer.

Lawmaker Yousef Jabareen, a member of the Joint List alliance of predominantly Arab Palestinian parties, said that "shooting a person in cold blood in a garbage room is not 'reckless homicide.' It's murder".

The Adalah Legal Center for Arab Minority Rights in Israel issued a similar response, saying that Israel's moves to charge the officer who killed Halak with reckless manslaughter as opposed to a higher charge "provides further evidence Israel should itself be investigated for consistent tolerance, leniency in cop killings cases".

"As long as Israeli authorities maintain the racist perspective according to which all Palestinians are perceived as enemies, the consequences will remain the same: cop killings of innocent people and sweeping tolerance for such serious crimes," the group said. In its statement, Adalah repeated its call for the establishment of a professional, independent committee charged with investigating Israeli police killings of Palestinians, which would oversee the work of the police investigative department.

In August, Halak's family accused police of deliberately "destroying cameras" that included evidence of the murder, as the investigation into his killing has been hampered by the lack of video evidence, despite reports that the area where he was killed had at least 10 CCTV cameras.

"For three months, the occupation government (Israel) has not taken any punitive measure against the killers of Iyad," Halak's father said at the time. "They are attempting to conceal the crime and get away with the murder."

Halak's parents last month petitioned the High Court of Justice to conclude the investigation of the case and put the two police officers involved on trial.

The fatal shooting has become a rallying cry against police brutality in both Palestine and Israel, sparking numerous demonstrations despite coronavirus lockdowns. Halak's shooting also garnered international solidarity, as it coincided with protests following the US police killing of George Floyd. 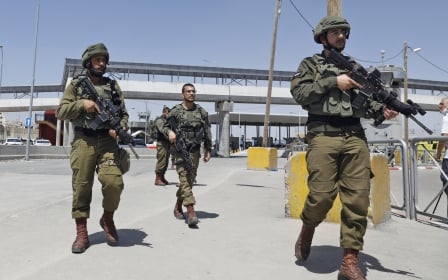