Israeli troops block a road during house-to-house search operations on 8 August in the occupied West Bank village of Beit Fajjar, near Bethlehem (AFP)
By
MEE and agencies

"After an intensive intelligence operation by security services, the Israeli police and army arrested suspects in the murder of soldier Dvir Sorek," Shin Bet said in a statement, according to AFP.

The Israeli army had said on Thursday that the body of 19-year-old Sorek was found "with stabbing marks" near the illegal Jewish settlement of Migdal Oz.

The death comes at a particularly sensitive time for Palestinians and Israelis. Eid al-Adha, one of Islam's most important holidays, is scheduled to begin on Sunday and is a time when many Palestinians are expected to travel across the West Bank and East Jerusalem to visit relatives. 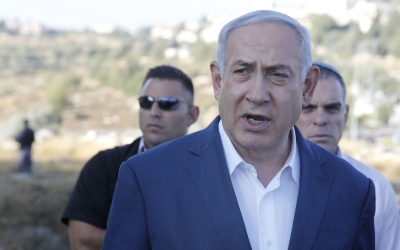 Israel, meanwhile, is gearing up for parliamentary elections on 17 September. Israeli politicians routinely call for a harsh crackdown on Palestinians when such flare-ups appear ahead of polling day, as pre-election rhetoric ramps up.

Though settlement building and increased Jewish presence have long been a common refrain in right-wing Israeli politics, extending sovereignty and full annexation of the West Bank is becoming an increasingly aired discussion.

The West Bank has officially been under military occupation since it was captured in 1967 and all settlements since built there in contravention of international law operate under a separate administrative system to Israeli communities within the country's 1948 boundaries.

Still, in recent months the right-wing has sought to extend Israeli sovereignty and annex parts or all of the territory, mirroring moves made in other areas captured in 1967 including East Jerusalem and the Golan Heights. Those annexations have never been recognised by the international community.

"It is certainly meaningful that the debate has become mainstream," Meron Rapoport, a veteran Israeli political analyst, told Middle East Eye earlier this week. "The words 'annexation' and 'sovereignty' can be heard said by politicians daily.

"But don't forget that it's election time, when politicians back more and more radical positions," he added. 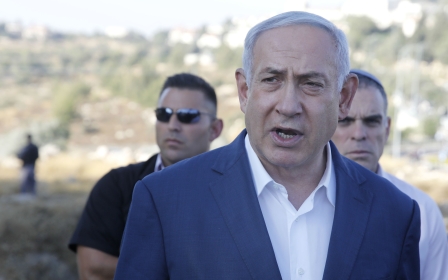