Israeli arms manufacturers continued to sell millions of dollars worth of military equipment to Myanmar as thousands fled the Asian country's violent campaign in the Rakhine state, it has emerged.

The equipment was sold to the Myanmar military as the international community condemned the army's campaign in the Rakhine state and accused it of committing war crimes, including ethnic cleansing.

The post "welcomes" the addition of the Israeli-made Super Dvora MK III gunboats to the Myanmar military's fleet.

The high-speed gunboats, which can operate off the coast and on in-land waterways, are fitted with remote weapons stations designed to allow the Myanmar military to mount heavy machines guns and 30mm cannons on the vessels.

The Israeli High Court in September blocked the publication of Israeli arms sales to Myanmar after an appeal by the country's defence ministry.

According to Israeli media reports on the arms deal, the Ramta division of Israeli Aerospace Industries, which manufactures the Super Dvora, has agreed a deal to sell as many as four of the boats to the Myanmar military.

The remote weapons stations are produced by Elbit Systems, and Haaretz reported that the two remaining vessels on order will be built in Myanmar with Israeli assistance.

Eitay Mack, an Israeli lawyer who submitted a petition to the Israeli High Court to block arms sales to Myanmar, told Middle East Eye that the gunboats could be used to attack Rohingya refugees fleeing the ongoing military campaign.

"These images have confirmed what activists have been saying for a number of years," said Mack who has lodged other petitions against Israeli arms sales to Sri Lanka and South Sudan.

"While Israel has a gag order against details on its arms deals with the Junta, Myanmar proudly showcases its purchases as it defies existing EU and US arms embargos on the country.

"This shows how a gag order means nothing in 2017 as the Myanmar government and Junta love to publish everything they have bought from the Israelis on Facebook, which is giving us more evidence and helping fuel a public campaign against Israeli arms sales to Burma."

The military of Sri Lanka, which has been accused of war crimes during its conflict with the Tamil Tigers, has also purchased the Israel-made gunboats.

"Just like in Myanmar, Sri Lanka bombed refugee camps and the villages on the coast using Israeli gunboats," said Mack. "This is history repeating itself."

Israeli arms companies, including Tar Ideal Concepts, have also been involved in training Burmese special forces, including those reportedly deployed to the Rakhine state.

Images previously posted on the arms company's website showed its staff instructing members of the Burmese special forces on combat tactics and how to use specialist weapons.

But the Israeli defence ministry argued the court had no jurisdiction over the issue and claimed that arms sales to Myanmar were "clearly diplomatic".

Nearly a million refugees have since fled into neighbouring Bangladesh, according to the United Nations, as the exodus of Rohingyas continues to take place from Myanmar's Rakhine state.

Bangladeshi officials told a UN-backed conference on Monday that the situation was "untenable" and that it was working with Myanmar to find a solution to address the world's fastest-growing humanitarian crisis.

Israeli Aerospace Industries refused to give a comment to Haaretz. 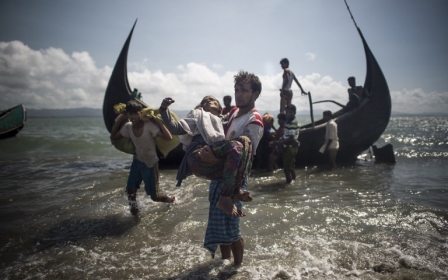 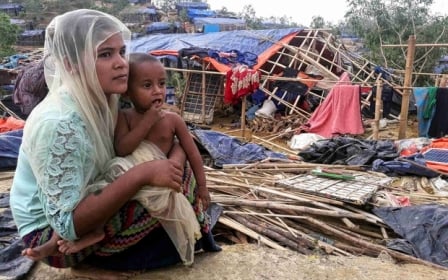