The Israeli military said the missile landed some 30km from the reactor, located in the Negev desert.

Sirens had sounded in Abu Qrenat, a Bedouin village not far from the nuclear site, the Israeli military said. There were no immediate reports of any injuries or damage.

Israeli troops examined fragments of an exploded missile that reached the community of Ashalim, some 40km from Dimona.

The Jerusalem Post reported that the firing of the Syrian missile came after Israeli air strikes on southern Syria.

The Israeli newspaper added that there were reports that the missile had been fired from the Syrian city of Daraa. 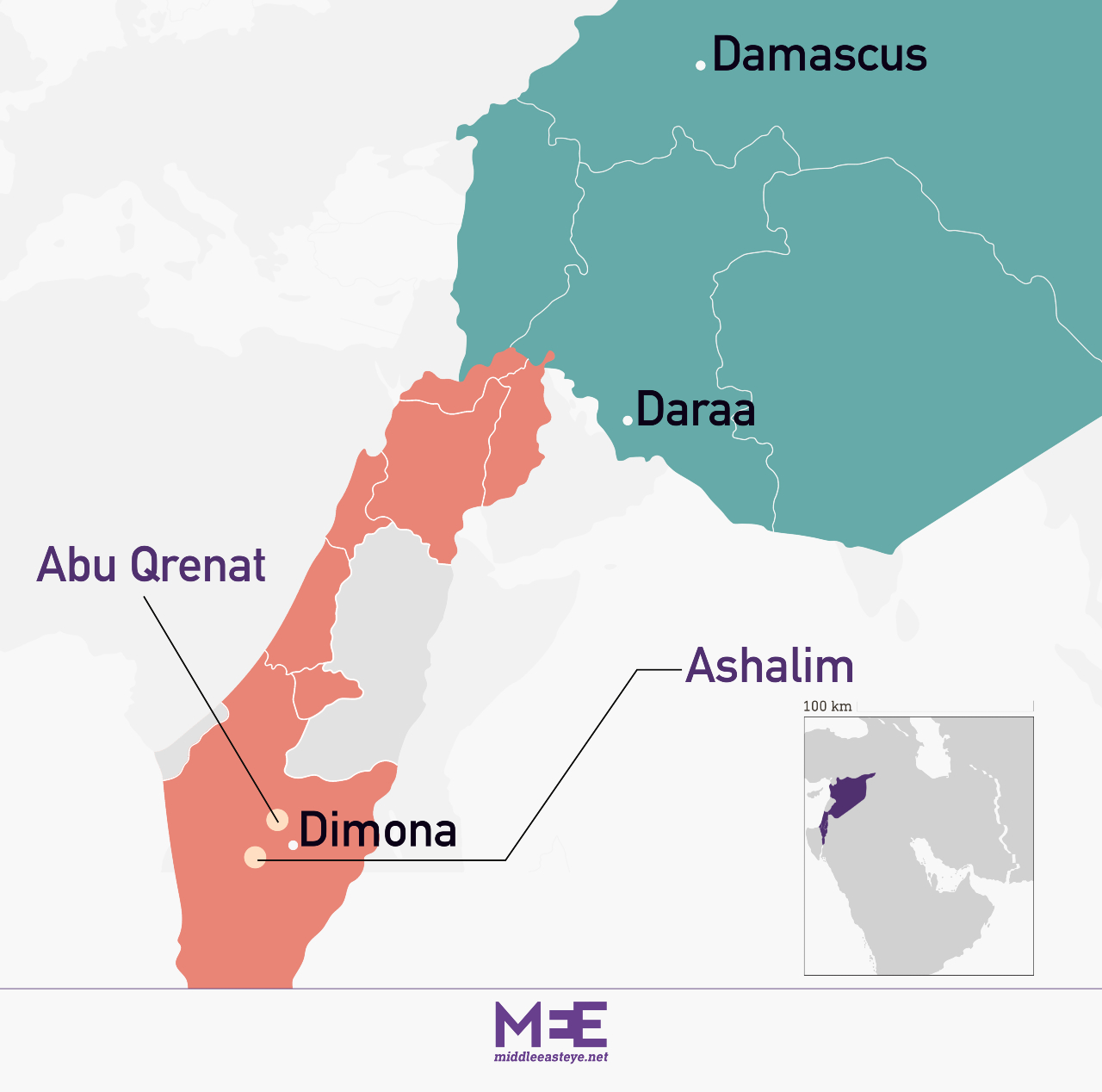 An Israeli military spokesman told Reuters that the Syrian missile was one of several that had been fired at Israeli aircraft, and had overflown its target and reached the Dimona area.

Israeli army spokesperson Brigadier General Hidai Zilberman told reporters that the missile was fired towards Israel from Syria. As a rule, the Israeli military does not comment on its raids on Syria, hundreds of which have been carried out in recent years.

A Reuters reporter about 90km north of Dimona heard the sound of an explosion minutes before the military tweeted that sirens had gone off in the region.

Meanwhile, head of US Central Command Marine General Kenneth McKenzie said on Thursday that he believed the Syrian missile exploding in Israel was not intentional, but rather showed a lack of Syrian air defence capability.

"I think it reflects actually incompetence in Syrian air defence. ... I do not believe it was an intentional attack,"  McKenzie said during a Senate Armed Services Committee hearing.

The Israeli military said that in response to the missile landing near Dimona, it attacked several missile batteries in Syria, including the one it believed had fired the projectile that struck its territory.

"Air defences intercepted the rockets and downed most of them," the agency said.

However, four soldiers were wounded in the attack and some material damage was suffered, it said.

"An officer with the rank of a lieutenant in the regime's forces was killed in the Israeli bombardments... targeting an air defence base in the Dumair region east of the capital," it said.

A Syrian military defector also told Reuters the Israeli strikes had targeted locations near the town of Dumair, some 40km northeast of Damascus, where Iranian-backed militias have a presence.

It is an area that Israel has hit repeatedly in past attacks.

Tensions are high between Israel and Iran over Tehran's nuclear programme and a recent surge in sabotage attacks, some of which the regional rivals have blamed on each other.

Iran has been promising "revenge" after the recent sabotage of its Natanz uranium enrichment plant. Iran said it believes Israel was behind the incident, when a small explosion hit the plant's electricity distribution earlier this month.

Israel did not claim responsibility for the incident, but unsourced media reports in the country attributed it to the Israeli security services carrying out a "cyber operation".

The New York Times, quoting unnamed US and Israeli intelligence officials, also said there had been "an Israeli role" in the attack.

Zarei cited the idea of “an eye for an eye” in his remarks. Action should be taken “against the nuclear facility in Dimona,” he wrote. “This is because no other action is at the same level as the Natanz incident."

Israeli media has for weeks said that air defences around the Dimona reactor and the Red Sea port Eilat were being beefed up in anticipation of a possible long-range missile or drone attack by Iranian-backed forces - perhaps from as far away as Yemen.

Addressing the likelihood of a Syrian anti-aircraft missile overshooting its target and flying a long distance into Israel, Uzi Rubin, an Israeli missile expert, said the scenario was "consistent with the characteristics" of an SA-5.

"The trajectory of a stray anti-aircraft missile on an unintended descent is very tricky to track," he told Reuters.

"Israel's air defence systems are in theory capable of carrying out such an interception with proper preparation, but it would be at the edge of the capability envelope."

Had the Syrians wanted to attack Dimona, he said, they could have used bigger weapons in their arsenal, such as Scud missiles.

The Turkish Cypriot foreign minister Kudret Ozersay said the air defence missile was thought to have been launched during suspected Israeli air strikes on Syria.

The projectile struck a mountainside north of Nicosia, 225km from the Syrian coast, sparking a fire.

Israel has never disclosed its atomic arsenal, but foreign experts say it has between 100 to 300 nuclear warheads.