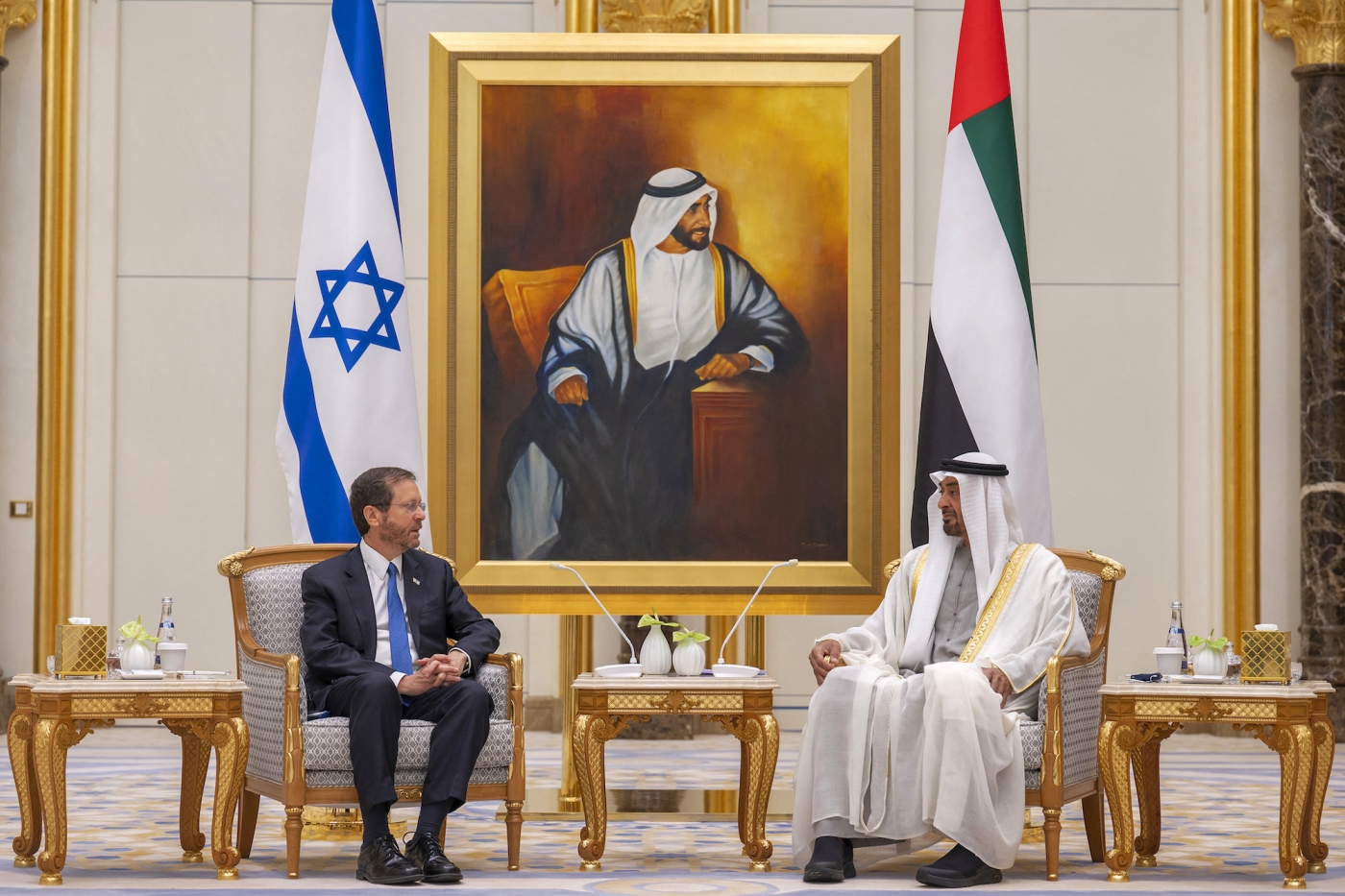 The two-day visit comes some 16 months after the wealthy Gulf nation controversially forged diplomatic ties with Israel, becoming only the third Arab nation to do so after Egypt and Jordan.

Upon arrival in the capital Abu Dhabi, the president was greeted by Foreign Minister Sheikh Abdullah bin Zayed Al Nahyan.

“Beginning the first visit by an Israeli president in the United Arab Emirates. We were delighted and deeply moved by the warm welcome in Abu Dhabi by UAE Foreign Minister Sheikh," Herzog tweeted after landing.

Beginning the first visit by an Israeli president in the United Arab Emirates. We were delighted and deeply moved by the warm welcome in Abu Dhabi by UAE Foreign Minister Sheikh @ABZayed. 🇮🇱🤝🇦🇪 pic.twitter.com/Mgpqq3vm3h

He was then received by Sheikh Mohammed at the Al Watan presidential palace alongside UAE ministers and officials, UAE state news agency WAM said.

On 18 January, Israel offered security and intelligence support to the UAE against further drone attacks after a deadly strike by Yemen's Iran-aligned Houthi group, according to a letter released on Tuesday by Israel's leader.

"We completely support your security requirements and we condemn in all forms and language any attack on your sovereignty by terrorist groups," Herzog said during the meeting with Sheikh Mohammed, in comments released by his office.

"We are here together to find ways and means to bring full security to people who seek peace in our region."

Sheikh Mohammed said Israel and the UAE share a "common view of the threats to regional stability and peace, particularly those posed by militias and terrorist forces".

Herzog, who is travelling with the first lady Michal, will also meet with the ruler of Dubai, Sheikh Mohammed bin Rashid Al Maktoum, and visit Expo 2020 Dubai.

The president, whose position is largely ceremonial, will also be meeting with Jewish communities in the UAE.

His visit was previously scheduled for 9 January but “was postponed due to Covid-19 conditions,” according to the Emirati ambassador in Israel, Mohamed Al Khaja.

In 2020, the UAE, along with Bahrain, signed US-brokered normalisation agreements with Israel, dubbed the "Abraham Accords", which were negotiated under former US president Donald Trump but endorsed by President Joe Biden's administration.

The two Gulf states and Israel share common concerns about Iran and its allied forces in the region.

However, the pacts have angered the Palestinians, as they broke with decades of Arab League consensus against recognising Israel until it signs a peace agreement establishing a Palestinian state with a capital in East Jerusalem.

Travelling with Herzog, the heads of the Manufacturers Association of Israel and of the Israel Export Institute discussed a $10bn fund set up under the Abraham Accords and how the UAE might help Israel find new Middle Eastern and Asian markets, the Association said.

Last month, Prime Minister Naftali Bennett made history when he became the first Israeli head of government to visit the UAE, in a trip that partly focused on international talks on Iran's nuclear programme, a top Israeli security priority.

Hamas, which governs the besieged Gaza Strip and opposes countries normalising with Israel, said such visits "encourage the occupation to continue escalating its aggression against our Palestinian people and denial of their rights”.

En route to the UAE, Herzog's plane flew over Saudi Arabia, which he said was "truly a very moving moment". Riyadh and Israel do not have diplomatic ties, but Israel has said it would like to establish a relationship with the kingdom. 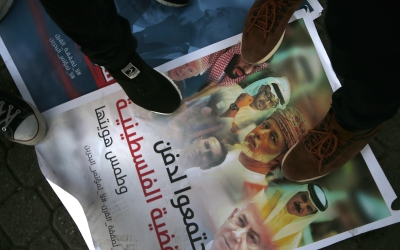 Saudi Arabia, home to Islam's holiest two sites, and Indonesia, which has the world's largest Muslim population, have conditioned any eventual normalisation with Israel on the addressing of the Palestinians' quest for statehood on territory captured by Israel in the 1967 Middle East war.

"If you're asking me what the important countries that we're looking at are, Indonesia is one of them, Saudi Arabia of course, but these things take time," said Lapid.

He added that "smaller countries" he did not identify could normalise relations with Israel in the coming two years.

Diplomacy
Lebanon should drill for gas regardless of maritime deal with Israel, MP says
Diplomacy
Exiled Catalan leader says Melilla deaths 'a crime', calls for Spain to give up territories
Diplomacy
Turkey, Armenia to open land borders for third-country citizens 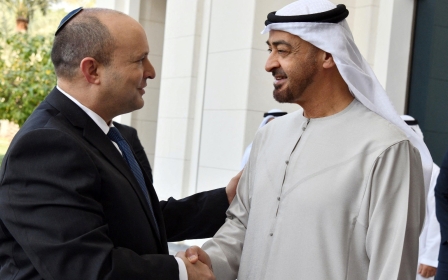 Israel normalisation deals
Israel says it hopes for ties with Saudi Arabia and Indonesia, but no deals imminent