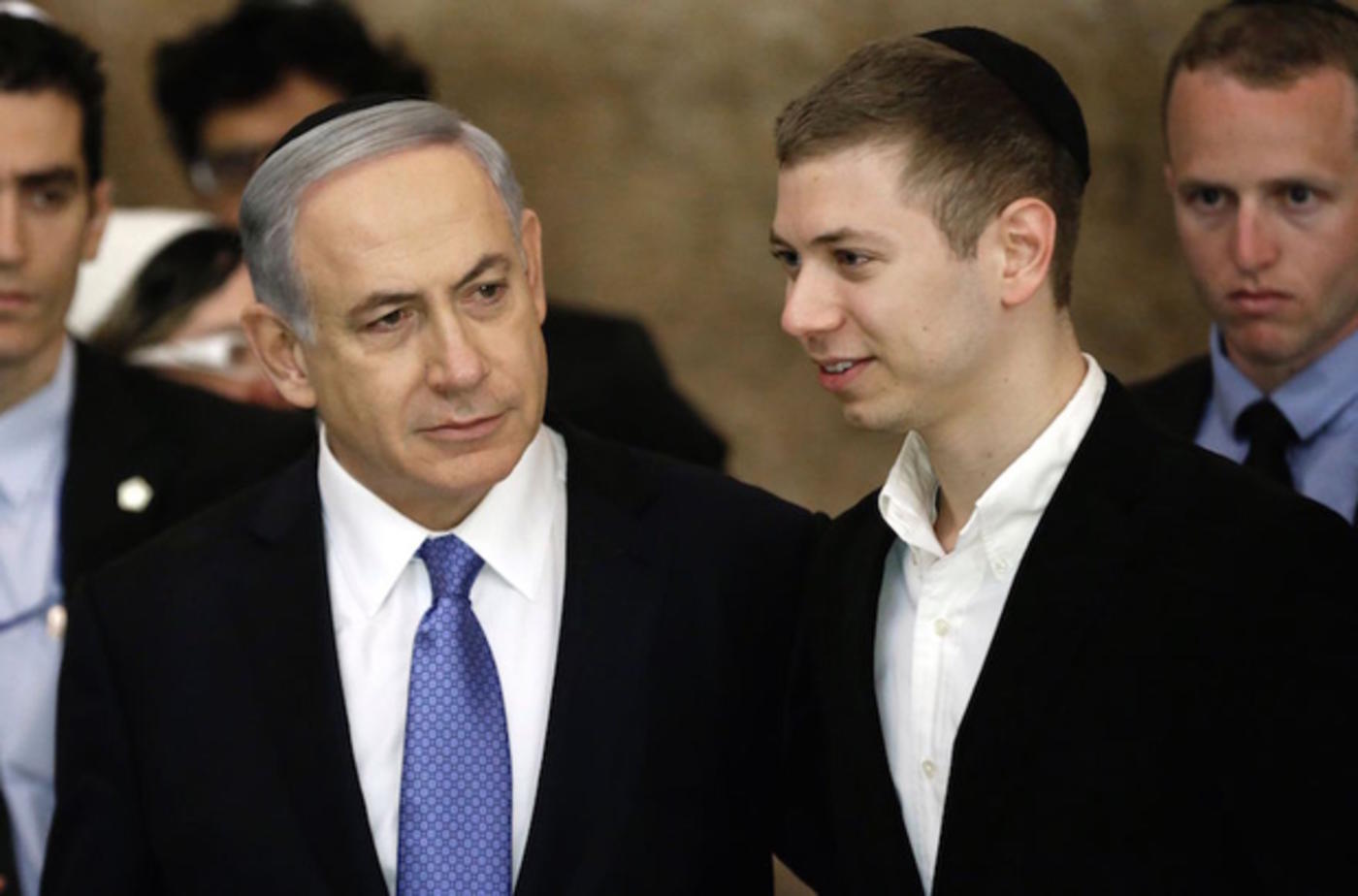 Yair Netanyahu, right, has become well known for his outbursts on social media over recent years (AFP)
By
MEE staff

Yair Netanyahu, the son of former Israeli Prime Minister Benjamin Netanyahu, has apologised to alumni of the Wexner Israel Fellowship programme who sued him for tweets calling them members of a “cult of paedophiles”.

The apology came after 74 Harvard University graduates who were funded by the Wexner Foundation sued him for libel, demanding one million Israeli shekels ($303,000) in compensation for damage to their reputations.

The Harvard programme was founded by fashion tycoon Leslie Wexner, who has faced scrutiny due to his close relationship with the late convicted pedophile Jeffrey Epstein.

'You guys will be kicked out soon': Netanyahu's son calls on Israel to expel British diplomats
Read More »

Netanyahu sought to have the suit dismissed on the grounds that a group cannot file a libel suit. However, the sides entered into arbitration after the court rejected his claim.

The suit highlighted specific tweets against the alumni, including branding them as a “cult of pedophiles taking control of our country and carrying out a coup over the past four years”.

Netanyahu issued an apology on Twitter and promised not to repeat the claims on any platform.

“Between the months of March and June 2020, I published offensive social media posts about alumni of the Wexner Foundation," he said.

"After examining myself and learning of the background of the alumni, I believe that my remarks in these posts were incorrect and inappropriate, and I have decided to apologise for them."

He also agreed to remove the social media posts and called on others to do the same.

Netanyahu and others on the right of Israeli politics have accused the Wexner Foundation of using its prestigious leadership programme at Harvard University’s Kennedy School to push an alleged left-wing agenda.

The graduates who filed the lawsuit include prominent Israeli army officers, lawyers, doctors and journalists.

Netanyahu has become well known for his outbursts on social media over recent years.

In 2019, he called for UK diplomats to be "kicked out" of Israel after the British consulate in Jerusalem referred to the Palestinian territories as occupied.

In 2018, he said that "there is no such thing" as Palestine because the letter "P" does not appear in the Arabic alphabet.

His theory quickly attracted ridicule on social media, as users noted that the Arabic word for Palestine is "Falasteen". Inside Israel
'You guys will be kicked out soon': Netanyahu's son calls on Israel to expel British diplomats