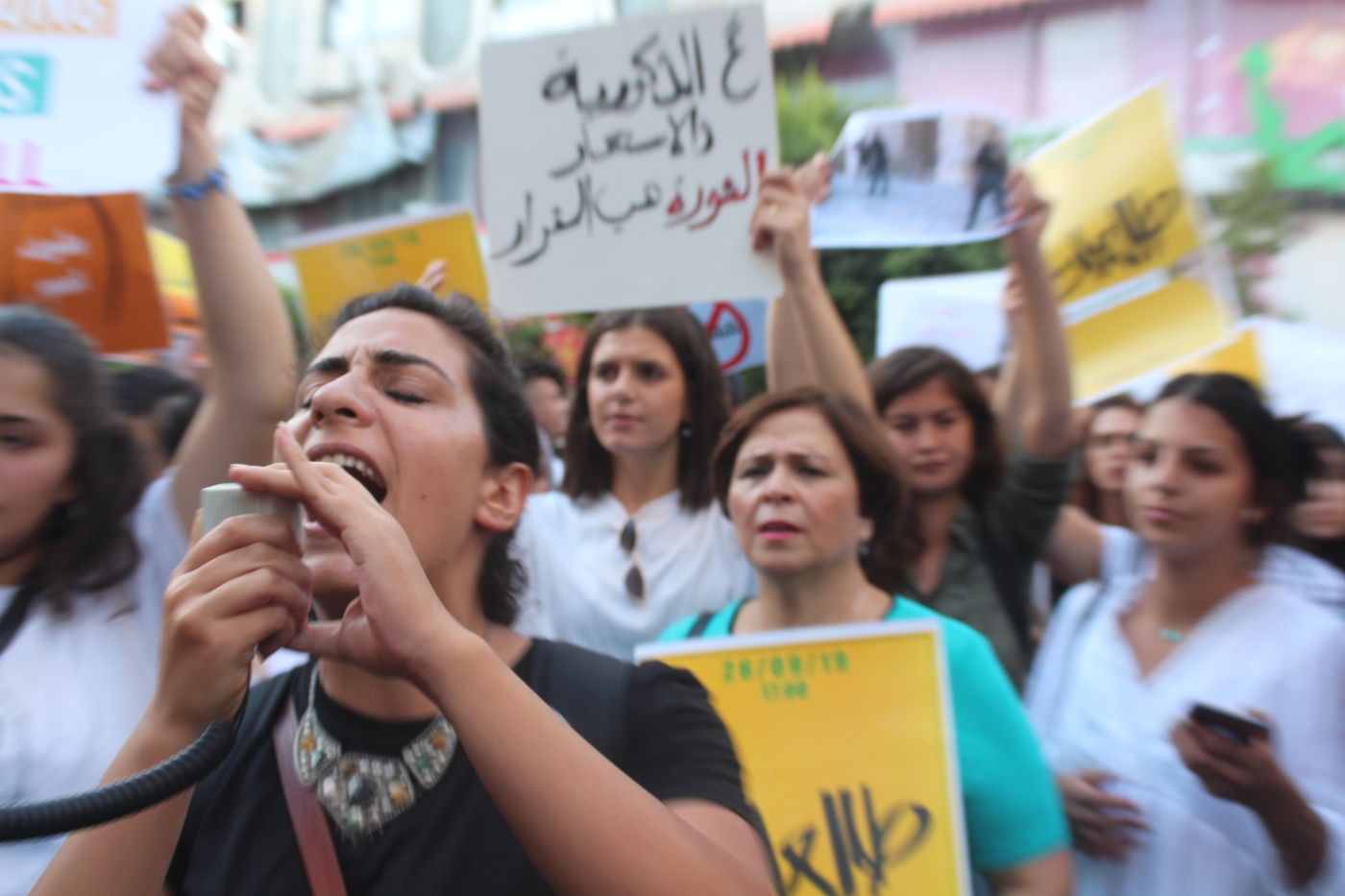 In front of the towering castle walls that have protected Jerusalem's Old City for centuries, hundreds of women on Thursday gathered in protest to demand an end to domestic violence, only to be confronted, and some of them assaulted, by Israeli security forces.

The group "Free Homeland, Free Women" had gathered to spread the word: at least 23 Palestinian women were killed in domestic disputes last year, according to figures compiled by the Women's Centre for Legal Aid and Counselling (WCLAC).

Protesters were also motivated by the recent death in a Bethlehem hospital of Israa Ghrayeb, a 19-year-old makeup artist, in what her friends and supporters described as an "honour killing". Still, Israeli forces had something else in mind. They broke up the peaceful protest by attacking some of the women as they marched towards the centre of the Old City, located in annexed East Jerusalem.

Footage posted on Facebook showed a line of police officers pushing protesters up the steps and away from the Damascus Gate entrance to the Old City.

Several police officers can then be seen shoving protesters aggressively, pushing some of them to the ground.

Israeli forces also chased protesters on horseback, attempting to make arrests, Mughrabi said. One of those arrested was a 13-year-old boy identified as Majdi Abu al-Arabi.

Israeli forces began using intimidation tactics the moment the women started gathering down the street from the Old City, Mughrabi told MEE, adding that Palestinian flags were confiscated as Israeli forces tried to block the path of the march.

An Israeli police spokesperson told MEE that the protest had been permitted to take place as long as it did not disturb public order.

But the spokesperson said that some protesters had hoisted Palestinian flags, which constituted a public order offence.

"The protesters began to confront the police and also threw cans at them. This forced the police to disperse the rally to maintain public order," the spokesperson said.

Similar protests organised by the women's rights group were held throughout the day in the Palestinian cities of Ramallah, Gaza, al-Jish, Nazareth, Jaffa, Arrabeh, Haifa and Taybeh in both the occupied Palestinian territories and Israel, as well as in Berlin and Beirut.

It was formed after Israa Ghrayeb was killed by family members last month, sparking a small wave of protests in Palestinian communities.

Members said they were particularly concerned by the Palestinian Authority's "procrastination" in exposing the crime and holding those responsible to account.

"We [women] refuse to be a priority that is postponed until after national liberation," Razan Hazim, a Free Homeland, Free Women member who attended the Ramallah protest, told MEE.

"We reject the word 'later'," she said. "We seek to redefine national liberation based on freedom, justice and social dignity."

She stressed that the group seeks to slowly expand and continue its movement until violence against Palestinian women has been stopped.

Demonstrators in Ramallah ended their march in front of the Palestinian Medical Complex, the main government hospital in the city, where a 39-year-old woman from Jenin was being treated for a beating she suffered.

The woman was allegedly beaten by her family and suffered broken legs so severe that, according to local media, doctors may need to amputate.

But while Hazim said the group's protest was focused on women killed in domestic disputes, she also stressed that the Israeli occupation has only empowered such violence.

Women living in Israeli-controlled areas are more vulnerable than their West Bank or Gazan counterparts, Hazim said, since they feel unable to seek help from Israeli law enforcement.

"The marches today come as an assurance from us as Palestinians that we can overcome the reality imposed by colonialism and the division of Palestine and displacement of us," Hazim told MEE.

Marchers also took on other national issues, including Israel's claim to an undivided Jerusalem as its capital and its continued imprisonment of thousands of Palestinian political prisoners.

"The march today is part of the attempt to restore public spaces confiscated by the occupation in Jerusalem," Hazim said, adding that her group supports the liberation of the "entire occupied Palestine from the river to the sea".