At least four women to feature in Labor's top 10, while Benny Gantz shunned by Israeli right despite voicing support for settlers Labor's list of candidates for the upcoming Knesset elections will feature significant numbers of women and Jews of Middle Eastern heritage following the party's primaries on Monday night, Haaretz reports.

The party’s top two vote-earners were Itzik Shmuli, 39, and Stav Shaffir, 33, backbenchers since 2013 and both former leaders of the cost-of-living protests that rocked the country during the summer of 2011.

Labor’s list will be amended, however, to give the top two spots to current party leader Avi Gabbay and another candidate of his choice. But Labor's top 10 will still include at least four women, with Revital Swid filling the number nine slot.

The new Labor slate is also notable for the presence of Mizrahim, Jews whose families moved to Israel from other Middle Eastern countries.

In addition to Shmuli, whose family hails from Iraq, and Swid, whose family came from Libya, Gabbay traces his lineage to Morocco, and Amir Peretz, a veteran Labor parliamentarian in the party’s top 10, was born in Morocco.

In the past, Labor has been criticised for serving the interests of Jews whose families migrated to Israel from European nations at the expense of others, when it ruled the government uninterrupted for the first three decades of Israel’s existence.

Benny Gantz, the former army chief of staff and prime ministerial candidate, has revealed that he favours maintaining support for the Gush Etzion bloc of 22 illegal settlements in the West Bank, Ynet reports.

But this appeal to hawkish voters does not seem to be helping him convince right-wing rivals to consider him worthy of political support.

Visiting a settlement heritage museum at Kfar Gush Etzion, south of Bethlehem, Gantz wrote in the site’s visitor book that “the bloc is a strategic, spiritual, and security asset, all of these in one, and it will remain as such for eternity. With thanks, admiration and much love, Benny Gantz”.

The remark was a rare reveal for Gantz, who has only alluded to his political positions in broad strokes thus far.

In the 24 hours that followed Gantz’s comment, three leaders of right-wing parties announced that, following elections on 9 April, they would refuse to sit in a coalition government with his party, Israeli Resilience.

“I will never sit in a Gantz government, because he is a man of the left,” said Naftali Bennett, Israel’s education minister and head of the New Right party, according to Haaretz.

“We will only recommend to the president a right-wing candidate, and that is Netanyahu,” he said, referring to the sitting prime minister.

Benjamin Netanyahu has himself ruled out the possibility of sitting in a coalition government with the Israeli Resilience party.

“I won’t enter a government with Benny Gantz. First I will assemble this coalition, a national alliance government, a right-wing government,” he said on Monday, Kikar HaShabbat reported.

Likud party comptroller Shai Galili announced on Monday that the results of voting in several Israeli towns were illogical, calling on the Likud election committee to count the ballots anew.

“I could find no acceptable reason for such extreme irregularities between the actual results and those that were entered in the central computer,“ Galili said.

In numerous cities where Likud primaries were held, certain candidates received more votes than the number of eligible voters in that jurisdiction.

For example, Transportation Minister Israel Katz, who is also intelligence minister, received 1,061 votes in Netivot, though that city only has 1,047 registered Likud voters.

Similarly, Minister of Jerusalem Affairs and Environmental Protection Zeev Elkin received 75 votes in Hebron, though the city has only 67 registered Likud voters. 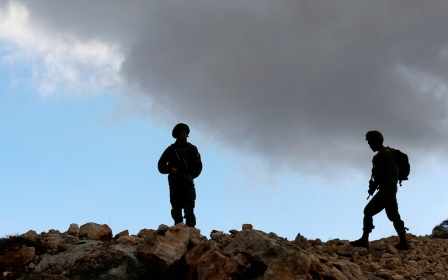