Meanwhile, Israeli pilots say they are pressured to find Gaza targets based on quantity, not quality, and Russia and Israel engage in tit-for-tat interrogation at airports 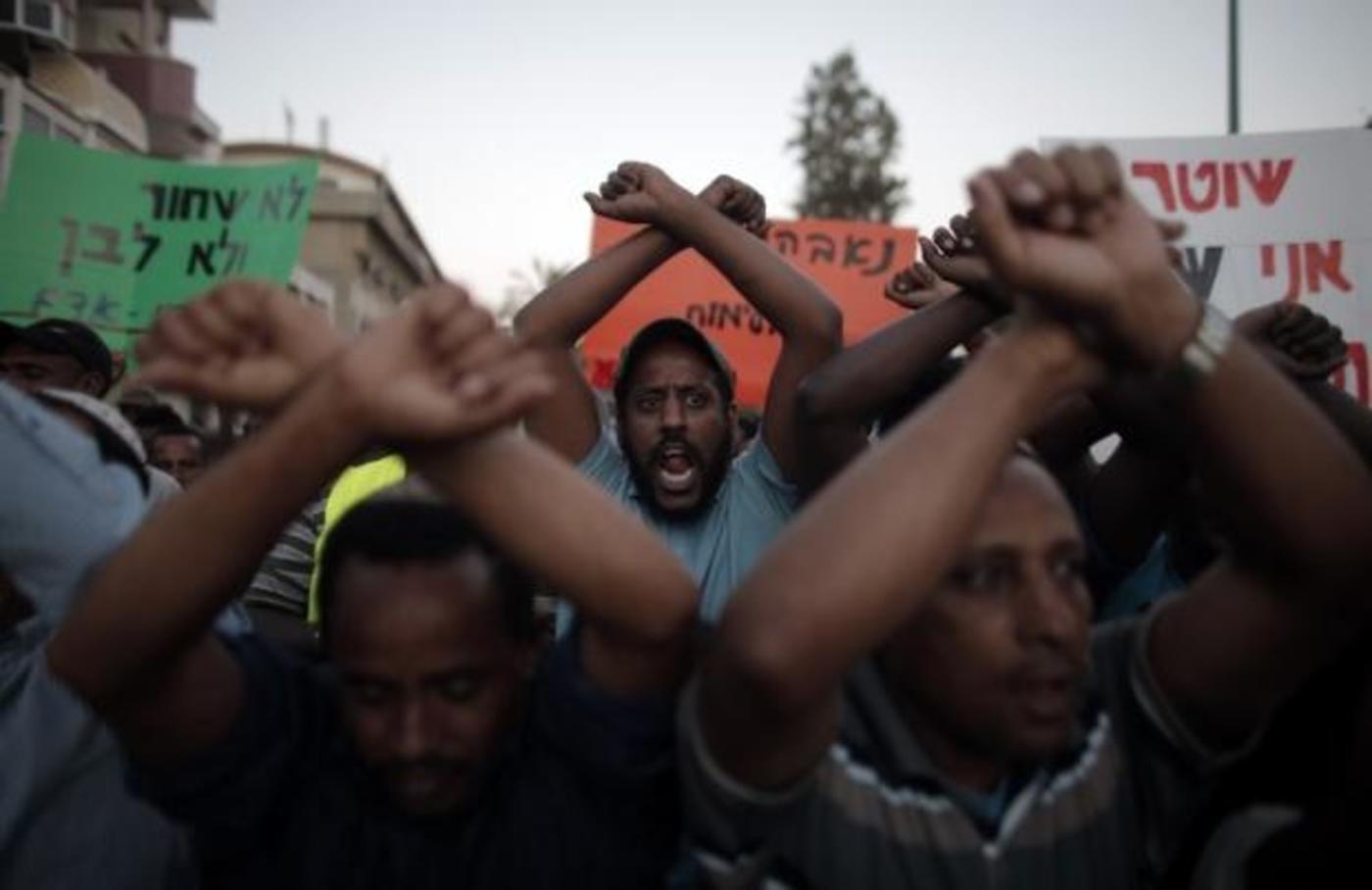 In September, Ethiopian Israelis took part in demonstrations across the country to protest against the police shooting of an 18-year-old in Haifa (AFP)
By
MEE staff

An Israeli woman from the country's Ethiopian Jewish community made headlines in Hebrew media after a racist incident on public transport, Maariv reported.

Airit Butsin, a resident of northern Israel, wrote on social media about the incident, which occurred as she was commuting from Tel Aviv to Ashkelon to serve on an army base.

When Butsin asked a young Israeli woman if she could sit next to her on a vacant seat in the bus, the woman poured racist abuse at her, saying that she was “allergic to her scent” and refused to let Butsin sit. 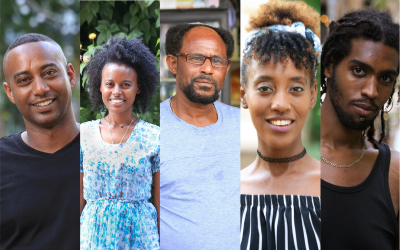 The passengers rushed to interfere.

The Ethiopian community make up around 1 percent of the population of Israel, and are estimated to total some 121,000 people. They speak Hebrew and Amharic, the official language of Ethiopia, which Israel does not recognise that as an official language.

Tamano-Shata and Yevarkan have denounced the racist abuse their community is suffering daily in Israel.

In September, thousands of Ethiopian Israelis took part in demonstrations across the country to protest against the police shooting of 18-year-old Solomon Teka in Haifa.

In a 2015 report, the Association of Ethiopian Jews said that black Jews faced systemic police brutality in Israel.

Air strikes on Gaza are a numbers game

Israel’s air force pushes its staff to find ever-growing numbers of potential air strike targets in the besieged Gaza Strip, regardless of their importance, as military officers providing more targets benefit from perks and boosts in their career, a report by Haaretz revealed.

Two pilots - identified as A and B - spoke to the Israeli newspaper about the process of planning and validating targets.

Pilot A told Haaretz that, within Israeli forces, “success is measured by how many targets you create, the number of new targets that are entered into the database”.

The source went on to describe a culture of “trust me” within the air force, where pilots are implicitly discouraged from verifying whether identified targets are indeed of military value.

“Everyone understands that a high number of targets will result in the senior command being satisfied, and it always adds to the advancement of the planning team commanders,” pilot B told Haaretz, adding that as a result, teams felt the pressure to “show results” and launch attacks even if they were not operationally “justified”.

While no specific incidents were brought up by the anonymous pilots, Haaretz evoked an Israeli air strike on the home of the al-Sawarka family in Deir al-Balah refugee camp in the Gaza Strip in November, where nine members of the same Palestinian family, including five children, were killed amid a two-day offensive that killed at least 35 Palestinians.

The Israeli army said it planned to investigate the 14 November air strike. Results of an investigation have yet to be published.

Dozens of Israelis were stopped and questioned in recent days at Domodedovo Moscow airport in the Russian capital, Yisrael Hayom reported.

The Israeli passport holders were escorted to a security room after arriving at the airport and were questioned before passing through the border gate.

Their belongings and pieces of luggage were carefully examined and their passports were taken.

Israeli officials following these cases told Yisrael Hayom that the incident was retaliation after Russian travellers were delayed entry to Israel.

The newspaper added that Israelis travelling to Ukraine were also “delayed entry” to the country after Ukrainians were stopped at Ben Gurion airport in Tel Aviv and questioned.

An Israeli official told Yisrael Hayom that some Russians arrived in Israel to work and stay in the country illegally. On this basis, Israel questioned them and did not allow them entry.

“It is illogical that Russia does not allow Israelis to enter Russia and this seems like an act of illogical revenge,” the source said.

An Israeli businessman was denied a visa to enter Russia, according to Yisrael Hayom, as part of the tit-for-tat row between the two countries.

Israel maintains very tight security on its borders, and Ben Gurion airport is notoriously known for the questioning, investigation and even deportation of passengers on a security basis. Arab travellers and suspected supporters of the Palestinian cause are often singled out for interrogation. Inside Israel
Israeli press review: Likud going to primaries ahead of March 2020 election