Solomon Teka's family say police shot 18-year-old because he was black. And the US ambassador's hammering of an East Jerusalem tunnel receives scant press 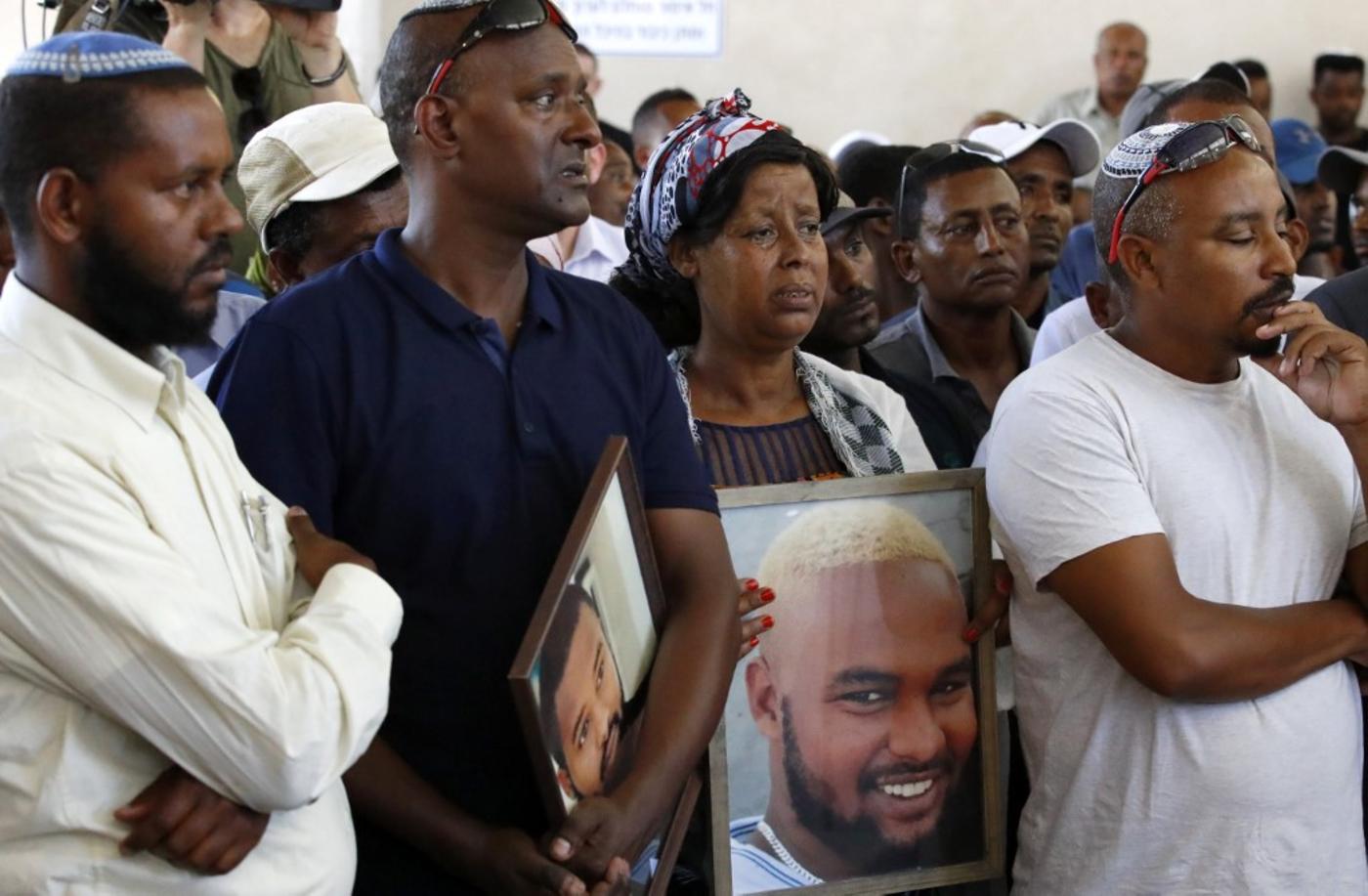 Relatives and friends of Solomon Teka, an 18-year-old Ethiopian Israeli, killed by an off-duty Israeli police officer on Sunday (AFP)
By
MEE correspondent

Israel was rocked by protests on Monday, as thousands took to the streets to demonstrate against the police’s killing of an Israeli teen of Ethiopian descent.

Solomon Teka, 18, was shot dead the day before, with protesters and his family claiming that the police used deadly violence because he was black. National broadcaster Kan quoted Teka’s cousin described the killing as a “murder.”

"It's not killing, it's murder, you're underestimating it, and that's what frustrates everyone," Amir Teka said.

Witnesses told the media that the shooting took place in Haifa. According to them, an officer approached a group of black Israelis in plain clothes and demanded that they empty their pockets without identifying himself as a police officer. Hundreds attended Teka’s funeral on Tuesday.

An investigation has been launched into the unnamed police officer who shot Teka. He is under house arrest as the investigation proceeds and is suspected of manslaughter.

His lawyer, Yair Nadashi, argues that the officer fired in self-defence after being assaulted by the group.

The trip was covered by all Israeli newspapers. Katz attended a United Nations climate meeting, where he met UN Secretary-General Antonio Guterres, as well as United Arab Emirates officials.

Noticeably Katz, a senior member of the Likud party, was given the nod to travel to the UAE rather than Environment Minister Zeev Elkin, despite the summit being centered on climate change.

The foreign minister reported that he met with senior Emirati officials to discuss the threats posed by Iran and strategies to counter them.

The visit is part of a wider trend as Israel seek to strengthen ties with Gulf Arab states in opposition to Iran.

Katz, who was formerly minister of transportation, also raised the prospect of connecting train lines from Israel through Jordan to Saudi Arabia and the UAE.

Though US Ambassador to Israel David Friedman’s hammer-swinging exploits beneath the Palestinian neighbourhood of Silwan in occupied East Jerusalem shocked international media, the Israeli press was more circumspect.

Images of Friedman taking a hammer to an ancient tunnel wall to show his support for Israeli colonisation of East Jerusalem were widely circulated abroad. The Israeli media, however, covered the event only sporadically.

Elsewhere in the paper, journalist Hemi Shalev revealed parallels with the opening of a tunnel in East Jerusalem in 1996, also under Prime Minister Benjamin Netanyahu. That time the provocation triggered an uprising and clashes between Israeli soldiers and Palestinian security forces.

Twenty-five Israeli soldiers and nearly 100 Palestinians were killed. Shalev noted that not only has the Israeli media expressed little interest in the latest event, but also Palestinian outrage was muted.

The ceremony was organised by the Ir David Foundation (“Elad” in Hebrew), a right-wing NGO dedicated to Judaizing East Jerusalem, which is closely supported by the Israeli government and billionaire Sheldon Adelson, who also attended the ceremony.

Pais, an Israeli government-owned lottery, is at the heart on an ongoing controversy regarding a recently released documentary called “Advocate”, with the media closely following developments.

Advocate is a documentary about human rights lawyer Lea Tsemel, who has dedicated her life to representing Palestinians in Israeli military and civilian courts, and her attempts to give her clients a chance in Israel’s segregated justice system.

However, a right-wing campaign against Pais to protest its support for what has been labelled a “pro-Palestinian” documentary has resulted in the lottery fund’s management taking an unprecedented decision to rescind support for the film and for the festival.

Funding which was already promised to help promote the film has been cut and screenings were also cancelled.

As a result of Pais’s decision, another wave of protest has emerged. Two judges on the festival’s awards panel resigned in protest at the political intervention in their decision to award funding. Many Pais customers have also cancelled their subscriptions.

Filmmaker Avi Mograbi pointed out, however, that the demand from Pais to support critical voices in Israel cannot make up for the lottery's funding of illegal colonies in the West Bank. Occupation
Friedman says Israel shouldn't have to ask US approval to build in West Bank: Report 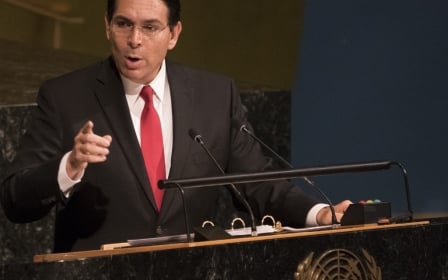