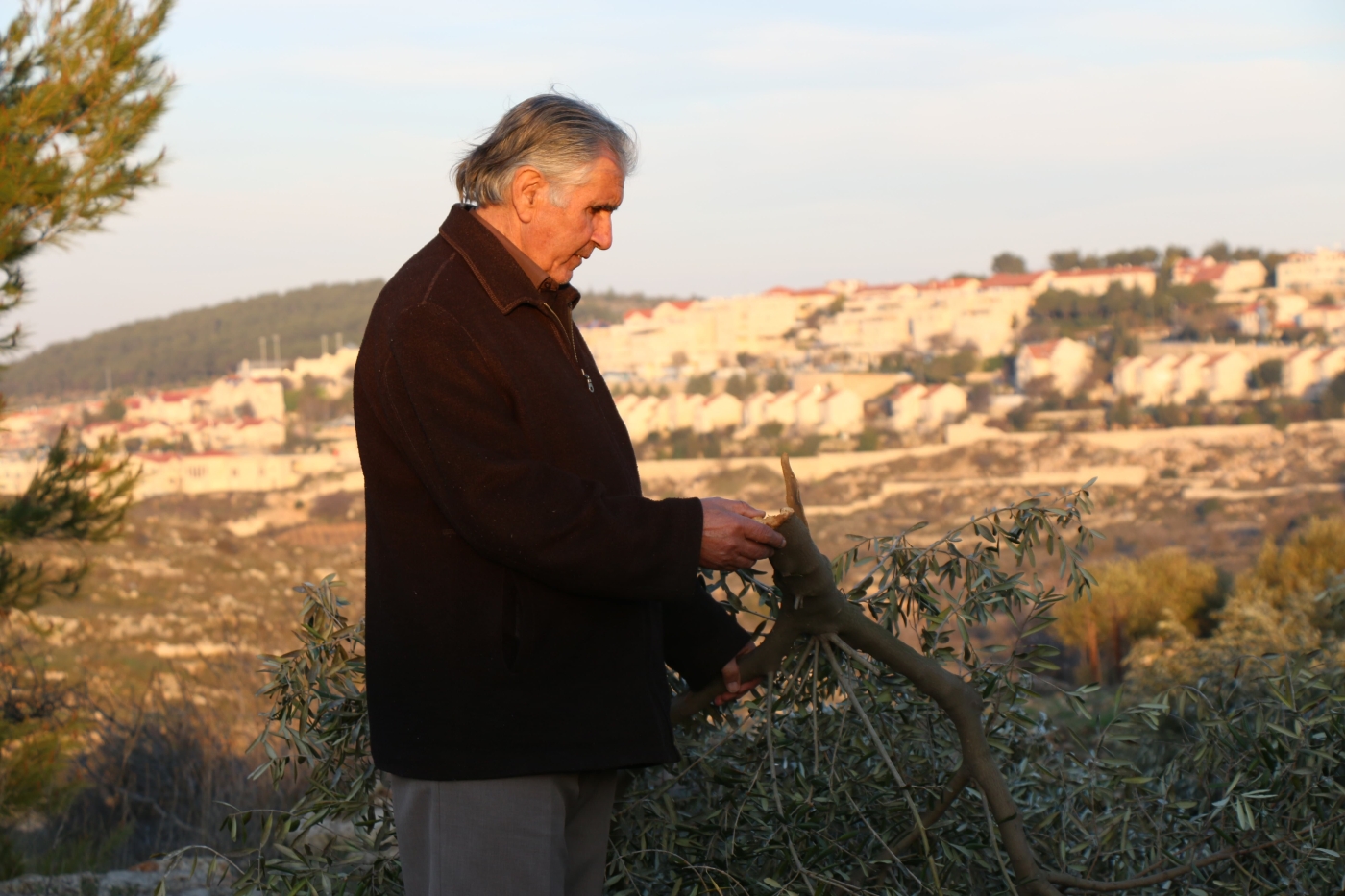 Villagers whose land is near settlements are more susceptible to attacks (MEE/Akram al-Waara)
By
Akram Al-Waara
in
Al-Khader, occupied West Bank

Adnan Salah, a retired school administrator-turned-farmer, got an unexpected call from his neighbours on Thursday morning.

They told him to come immediately to his farmland on the outskirts of the Bethlehem-area village of al-Khader in the occupied West Bank.

"When my nephews and I arrived, we were shocked to see what was in front of us," Salah, 70, told Middle East Eye.

'It's like having a child who you take care of and raise for years, only to have someone snatch it away from you'

Fifty of his olive trees, which he had spent the past 17 years cultivating, had been chopped down, their remains strewn on the ground in front of him.

"This land, these trees, mean so much to me," Salah said. "It's like having a child who you take care of and raise for years, only to have someone snatch it away from you."

Salah, his brother and nephews own 40 dunams of land (two hectares) planted with grapevines, as well as olive, fig and almond trees.

"We all rely on this land as a source of income, especially my nephews," Salah told MEE, saying that the family had only started to make a profit off the olive trees in the past six or seven years.

"My heart sank; I was devastated," Salah said of the moment he laid his eyes on his tattered olive groves. In that instant, he said, he knew it was Israeli settlers who had done this.

Al-Khader is located south of Bethlehem and is surrounded by a number of illegal settlements from the Gush Etzion bloc.

Villagers like Salah, whose land is on the outskirts of the village and near the settlements, are more susceptible to attacks.

"Our land is just 200 meters from the Elazar settlement," he told MEE, adding that this wasn’t his first case of vandalism by settlers. Last year, in the midst of the grape harvest, settlers cut down a number of his grapevines. Salah said that while settler vandalism has been a reality for the villagers for years, such attacks have stepped up since US President Donald Trump was elected and "gave the green light for [Israeli Prime Minister Benjamin] Netanyahu and the settlers to do what they want.

"And now, in the month since Trump released his so-called peace plan, the settler attacks are happening almost daily," he said, adding that he feared things would worsen amid the Israeli election period, when settlers "are usually even more emboldened".

While increased incidents of settler attacks on Palestinian olive trees typically occur during the olive harvest season, it is not uncommon for settlers to target Palestinian farmlands throughout the year.

Israeli human rights group Yesh Din, which documents settler attacks on Palestinians and their farmland across the occupied West Bank, notes that such attacks are a daily reality, and "are part of a calculated strategy for dispossessing Palestinians of their land".

"The settlers are doing this to push us off the land," Salah said. "They think that if they keep making us tired through these attacks and financial losses, that we will leave and it will make it easier for them to take the land."

"But that will never happen," he said.

According to a 2020 data report from Yesh Din, from 2005 to 2019, out of 1,200 cases of ideologically motivated crimes committed by Israelis against Palestinians in the West Bank, 91 percent were closed with no indictments.

Additionally, Israeli police "failed in the investigation" of 82 percent of the files opened since 2005 and subsequently closed with known outcomes 1,020 cases out of 1,247.

"The high rate of failure points to a longstanding systemic failure in law enforcement of ideologically motivated crime against Palestinians in the West Bank," the group said.

'The Israeli security and police do nothing. They exist to protect the settlers, and that's all they are good for'

After seeing the state that their olive groves were in, Salah and his nephews contacted the Israeli authorities to file a complaint against the settlers, and request an official investigation into the incident.

Salah and his nephews hoped that because their land is near a main Israeli highway and settlement, security cameras in the area might prove their suspicions.

Still, when they asked Israeli authorities to show them the security footage, the authorities refused and said it was irrelevant to the case.

"We know when the police refuse to let us see the security camera footage, it is because they don't want anything to implicate the settlers," Salah said, adding that he was "absolutely sure the settlers did this, and the police know that".

"The Israeli security and police do nothing. They exist to protect the settlers, and that's all they are good for." 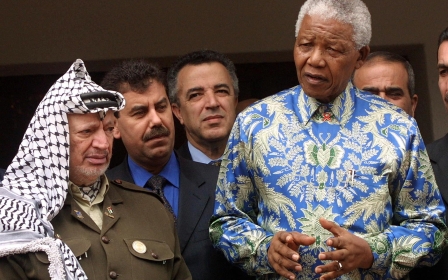 Occupation
Nelson Mandela and Palestine: In his own words Done deal
'This will affect everyone': Israel and Palestine ramp up escalating trade war