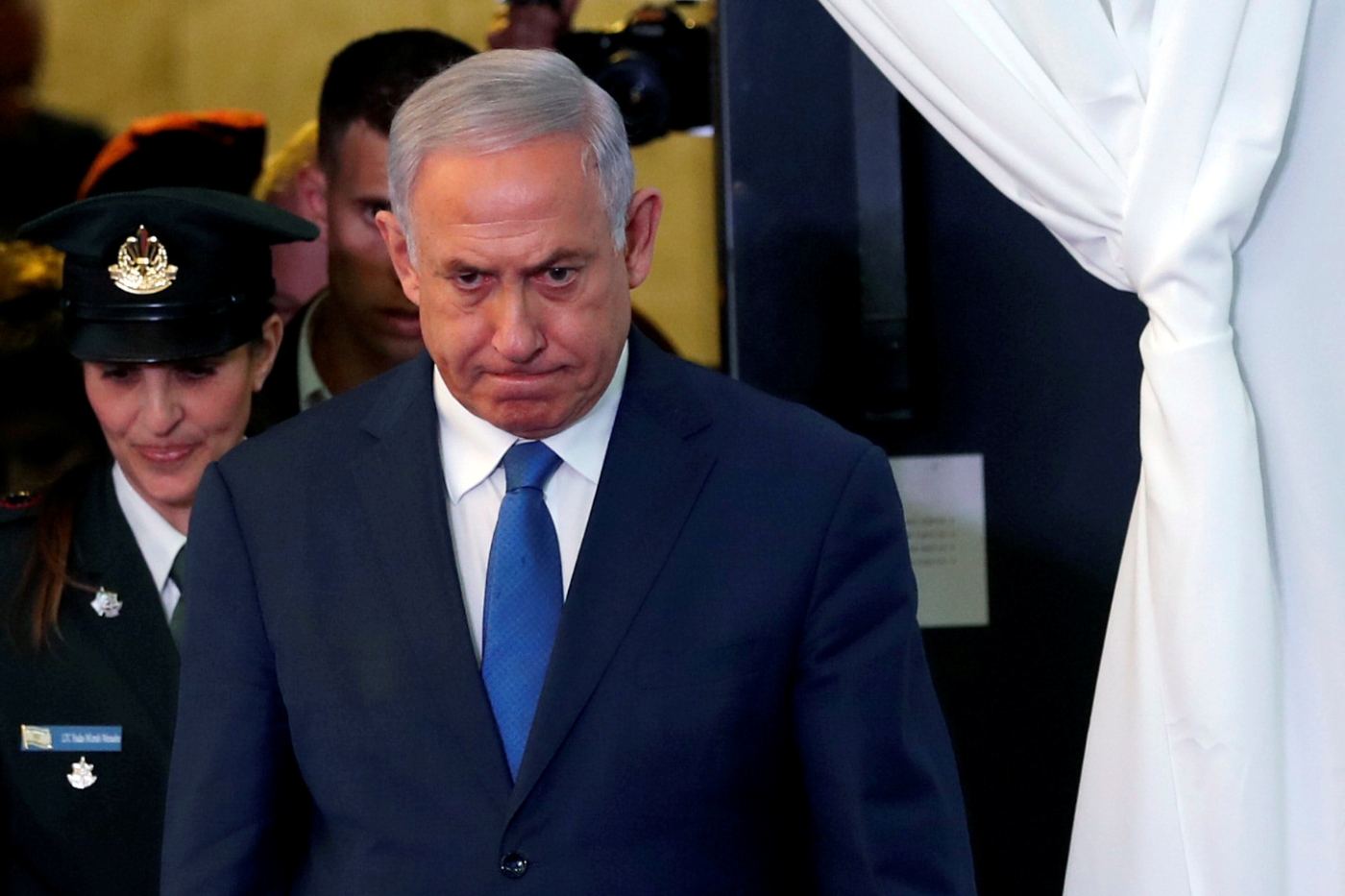 Benjamin Netanyahu on Thursday became the first Israeli prime minister to be indicted while in office, as he was charged on three counts for corruption.

The country's attorney general, Avichai Mandelblit, announced that the charges against Netanyahu included breach of trust, fraud and bribery.

Netanyahu rejected what he called "false accusations" that were "politically motivated".

In a televised address late Thursday, he said: "Tonight we are witnessing an attempted government coup against the prime minister through blood libels and a biased investigation process.

"I, as opposed to my rivals on the left, want to see a free market, a range of opinions in the media," Netanyahu said. "I am a prime minister who believes in a strong Israel, and not in a weak and small country that bows down to others. 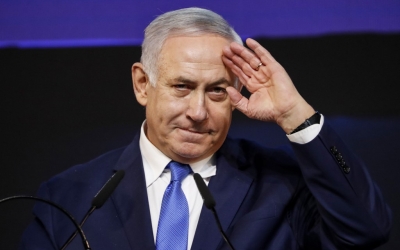 King Bibi: The ruler who lost his kingdom
Read More »

"I will not allow lies to win," he said. "I will continue to lead this country, according to the letter of the law."

The prime minister is not obligated to step down from his post until he is convicted.

Earlier in the day, Mandelblit said the decision to indict the Israeli premier was made "with a heavy heart, but wholeheartedly", and added that it was not a matter of politics but about enforcing the law.

"The investigations are based on broad-based evidence and testimony, which were professionally reviewed. No stone was left unturned," he said.

The attorney general also said that "while conducting a professional hearing process, we've witnessed repeated attempts to delegitimise the people who were involved [in the investigations]", according to Haaretz.

Mandelblit's announcement followed a pre-indictment hearing in October in which three cases of alleged corruption - dubbed Case 1000, Case 2000 and Case 4000 - were brought up against the Likud Party leader.

The indictment also comes amid political uncertainty in Israel over who will be able to form the country's next government.

Both Netanyahu and ex-army chief Benny Gantz, who heads the Blue and White political alliance, have failed to cobble together a majority coalition after two elections - in April and September.

According to Haaretz, Mandelblit waited to announce the indictment until after Gantz said on Wednesday that he couldn't form a ruling coalition. He did so over fears that the charges would have been seen as interference in the political process.

Netanyahu's political rival Gantz issued a short statement on Thursday, saying it was a "very sad day for Israel".

Netanyahu was charged with breach of trust and fraud in all three corruption cases, as well as bribery in one of the investigations, according to a charge sheet released by the justice ministry.

In the most significant case, dubbed Case 4000, the premier is accused of making decisions benefiting Bezeq - Israel's largest telecommunications company - in exchange for positive coverage on the website Walla News, which is controlled by the company's former chairman.

'The investigations are based on broad-based evidence and testimony, which were professionally reviewed. No stone was left unturned'

Netanyahu is accused in Case 1000 of receiving gifts from Israeli-born filmmaker Arnon Milchan and Australian billionaire James Packer in exchange for political favours, including promoting their business interests and helping them obtain visas.

Finally, Case 2000 alleges that Netanyahu struck a deal with the owner of Yedioth Ahronoth to receive favourable coverage from the Israeli newspaper.

Israeli police recommended in February that Netanyahu be charged in all three cases.

US President Donald Trump, an ally of Netanyahu, has yet to comment on the indictment. Trump is facing his own impeachment hearing right now in Washington over bribery allegations.

US Senator and Democratic Party 2020 presidential candidate Elizabeth Warren commented on the Netanyahu indictment, saying "blatant corruption has no place in any democracy".

"Netanyahu is accused of accepting bribes, trading government favours, and manipulating a free press," she tweeted on Thursday, adding that Netanyahu was similar to Trump.

Netanyahu is accused of accepting bribes, trading government favors, and manipulating a free press. Like his pal Donald Trump, he'll stop at nothing to enrich himself and stay in power. This blatant corruption has no place in any democracy—I'll fight it at home and abroad. https://t.co/1jSCpoUQ3S

"Like his pal Donald Trump, he'll stop at nothing to enrich himself and stay in power," Warren said.

James Zogby, director of the Arab American Institute in Washington DC, took issue with the limited charges being brought against Netanyahu, saying the Israeli prime minister had repeatedly violated international law in regards to Palestinian human rights, yet no such case has been made against him.

"Netanyahu has made a career being a malignant dissembler. He's been a lying, thieving, serial violator of international law & Palestinian human rights," Zogby tweeted.

"None of that mattered in Israel. But corruption w/ state funds & bribery - too much to take." 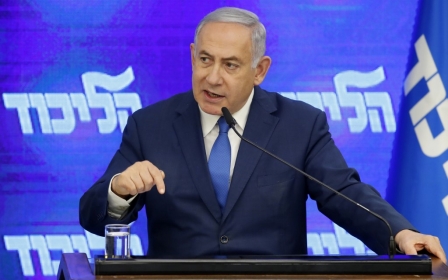 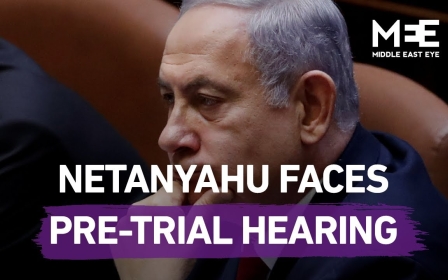 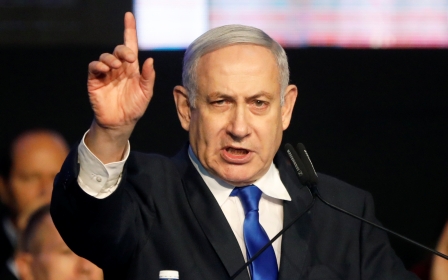