Private security guards shot dead two Palestinians at Qalandiya crossing. But due to their contractor status, no one has been held accountable Pregnant 24-year-old Maram Salih Abu Ismail was killed alongside her 16-year-old brother Ibrahim Taha by private guards at the checkpoint on 27 April after Maram allegedly threw a knife at a police officer.

The siblings were travelling to Jerusalem when police said they refused demands to return to the pedestrian walkway after they had entered a vehicle access area with the intention to carry out a “terrorist attack”.

However, witnesses said Maram did not have a knife, and that the two did not understand the Hebrew demands to turn around after they entered the wrong areas, something Abu Ramouz told Middle East Eye he saw take place regularly due to unclear signage.

“It’s happened several times in front of me, when people entered the wrong area and were asked to go back by the army,” Abu Ramouz said.

“All of the time people go back. But this time they [Maram and Ibrahim] were killed, they were not given the chance.”

Despite a ruling by a Jerusalem court last week that an investigation be launched into the shootings, analysts told MEE the private contractors responsible were unlikely to be held accountable.

Bureaucratic backlog at the crossing - like others Israel has privatised - would most likely make identifying those responsible impossible, they added.

Israel’s Justice Ministry told MEE that a preliminary investigation revealed no police misconduct, and that its police investigations department was “not authorised to handle the matter” as a consequence.

It directed all questions regarding the case to police, who the ministry said would “carry out any further procedures or investigations”.

While the Qalandiya crossing falls under police control, Israeli police spokesman Micky Rosenfeld said he was “unaware” of who had jurisdiction over the security contractors that killed Abu Ismail and Taha.

Born in Jerusalem, the 40-year-old Palestinian holds a Jerusalem residency card and has lived in Qalandiya refugee camp - northwest of and now cut off from Jerusalem by Israel’s separation wall - since he was four.

He has travelled through the Qalandiya checkpoint on a near-daily basis since its creation during the Second Intifada.

“It began in 2000, and then developed slowly. They started putting up watchtowers, cement blocks, and eventually they made it from a checkpoint into a border crossing,” he said.

Qalandiya was one of 34 checkpoints, several of which lie deep in the West Bank, which were turned into “border crossings” and privatised or part-privatised towards the end of the uprising in 2005, according to a report by research group Who Profits.

Due to Qalandiya’s proximity to Jerusalem, its was among 19 of the 34 to be placed under police control, and as of January was in a state of "partial privatisation".

Modiin Ezrachi, an Israeli company, is paid by Israel to provide contractors at Qalandiya and at the majority of other partially or fully privatised crossings. No one from the company was available to comment on its role.

As a result at Qalandiya, as Abu Ramouz points out, military police check IDs and conduct security checks, police and border police officers operate the checkpoint, and private guards are stationed - generally behind concrete blocks - as force protection.

Rosenfeld, the police spokesman, told MEE that police at Qalandiya work in coordination with private security contractors, who are given the same powers as police.

“If there’s an incident at a checkpoint, the security guards can make an arrest; they have the same authorisation to do that,” he said.

While Rosenfeld said activity of guards and police at the checkpoint was well-coordinated, consecutive State Comptroller reports have criticised cooperation as inadequate.

Critics meanwhile point to the complex web of coordination as an intentionally ambiguous structure developed to abdicate responsibility for rights violations.

His comments have been echoed by several other academics.

In a 2010 report, Israeli legal scholar Yael Ronen said: “It is argued that such violations are less visible when carried out by private security persons because [they are] are not bound by the same transparency standards as the state.”

Following Israel’s move towards privatisation, Israeli scholar Neve Gordan said: "From a political perspective, outsourcing is beneficial because even if the abuses are exposed, they are frequently presented to the public as having been perpetrated by someone else."

Israel’s Association for Civil Rights meanwhile has filed numerous appeals against the use of private security in occupied East Jerusalem.

The association says the contractors carry out discriminatory practices against Palestinians without any legal system in place to hold them accountable.

Discussing the deaths of Abu Ismail and Taha, Abu Ramouz stressed that the decision by the private contractors to kill the siblings did not take place in a void.

Citing the at least 10 Palestinians killed by Israeli forces in the Qalandiya area since unrest sparked in October, Abu Ramouz pointed to Israel’s use of what the UN and international rights groups have termed a “shoot-to-kill” policy against Palestinians that resulted in “extrajudicial executions”.

Abu Ramouz says that for many Palestinians, security contractors are another extension of the Israeli occupation.

“He's just there for the security of the soldier. They have no laws for these guards in Israel, and they're allowed to do anything,” Abu Ramouz said. 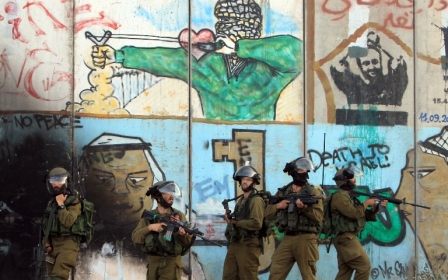 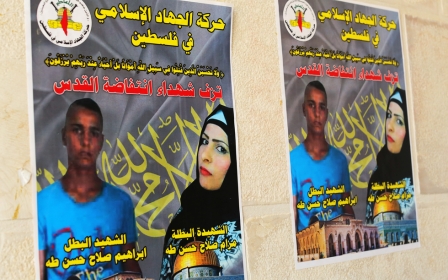 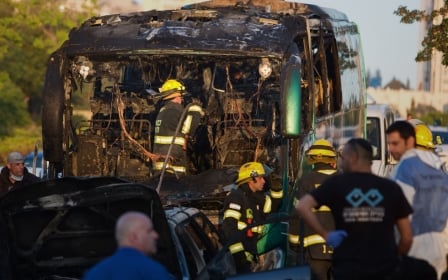