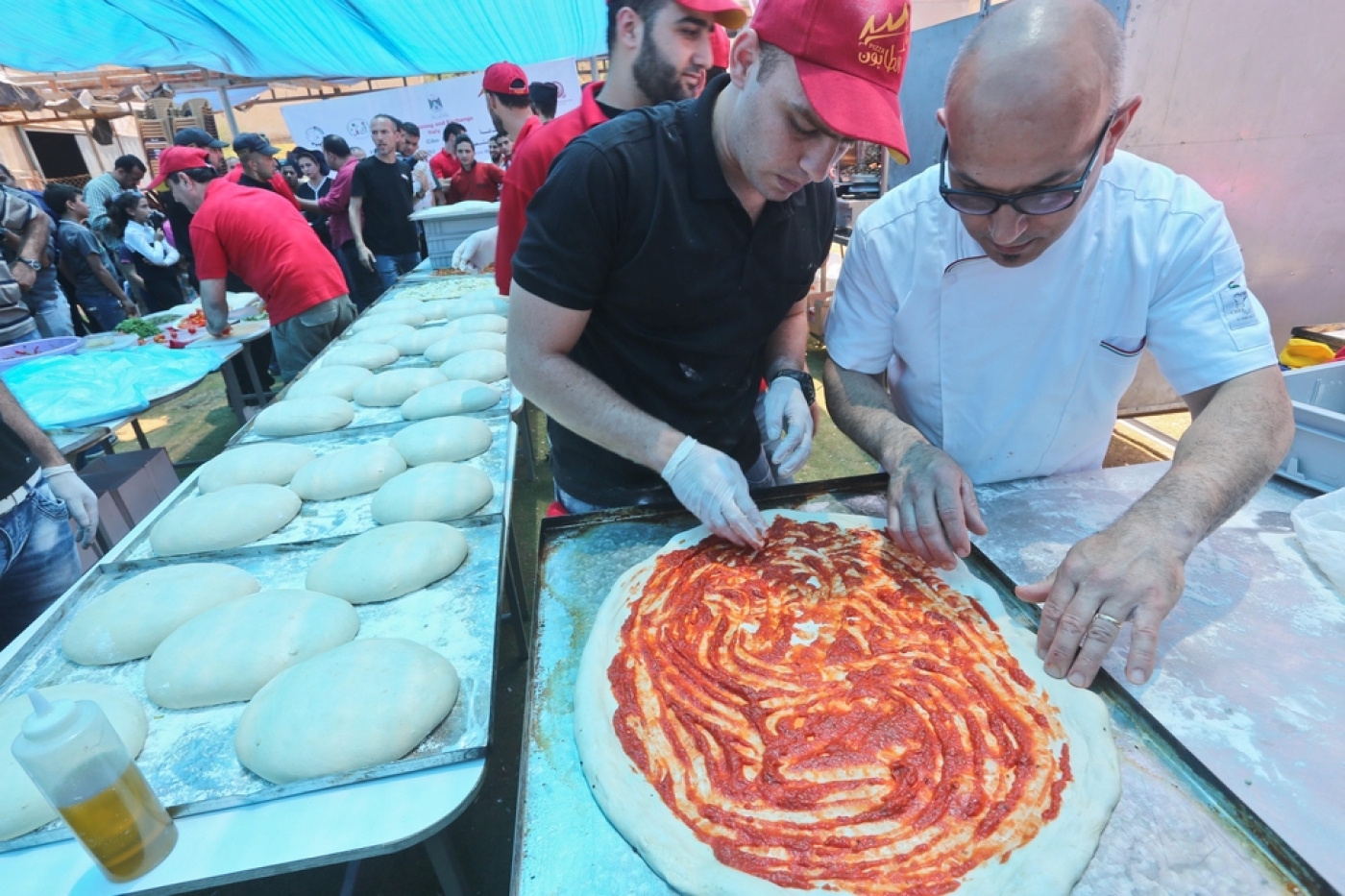 While Gazans have been making their own versions of the Italian staple for a long time, the chance to taste one made by a genuine pizzaiolo with authentic ingredients is too good for many to resist.

Maurizio is among a delegation of Italian chefs demonstrating the art of pizza making to interested locals on the waterfront at Gaza’s sea port after arriving in the Palestinian enclave last week as part of a cooking exchange.

“We’ve nearly finished making the pizzas and soon the people of Gaza will taste them, and give us their opinions on the difference,” Ramez Naji, a 23-year-old chef, told Middle East Eye under the watchful eye of Maurizio and his team.

“We have learned about three varieties of pizza, from different regions of Italy. And the Italians learned about our Palestinian mansaf and musakhan.”

Looking on, Asaad Dawaas, a Palestinian restaurant owner, added that he hoped to one day be free to travel, building bridges to different cultures by taking Palestinian culinary skills all over the world.

“I hope this is just the first step toward more food exchanges; we learn how to make pizza, but can also teach them about our traditional makloubeh and many other delicious Palestinian dishes,” he said.

Maurizio said he had travelled to Gaza as part of a delegation sent by the Union of Italian Chefs to deliver not just pizzas but a message of hope and love.

“We came to Gaza carrying a message of solidarity with the besieged people of Gaza and to find out more about their suffering, in order to tell the people on the outside,” he told MEE, poking his cooking utensils into some lasagna dishes as Palestinians looked on, wondering with excitement what he might be preparing.

“We’ve met many good people who are looking for freedom, and not terrorists, as they have been described. We are happy to teach them the arts of Italian food and also happy to learn something about the secrets of Palestinian food.”

A passing student, Israa Salah, told MEE that she had rushed down to the port the moment some of her classmates had told her about the cooking demonstration.

“These are the sort of events that we need to see more often, as trapped Palestinians, in order to practice our rights and duties as part of human civilisation,” she said, as a chef offered her a sample of fresh pizza covered in melted cheese and tomato sauce.

Maurizio, who learned to make pizza when he was 13, closed his restaurant in Sardinia for two months in order to take part in the food exchange festival, which will also see the delegation travel to the West Bank.

The Gaza-based Palestinian Ministry of Culture said that the Italian chefs brought with them not only culinary skills but noble cultural and humanitarian values.

“This delegation is here for a week to visit our schools and restaurants and exchange knowledge with our besieged Palestinian people," Samir Mutair, the deputy minister of culture, told MEE, pausing for a moment as the crowds gathered around to sample the pizza.

“Today’s pizza festival is a message to the entire world that here on this land, there are those who deserve to live freely, in dignity,” he added.

As the chefs chopped peppers and tomato and mixed them with more herbs, the event continued to attract new arrivals: Palestinian mothers coming to learn about the Italian roots of pizza making.

“We have seen pizza-making on YouTube videos, but today seeing it with my own eyes, and smelling the herbs, makes a big difference,” said Umm Abdel Aziz, who travelled from Deir el Balah in the central Gaza Strip to watch the chefs at work.

Aziz said she had made the journey after hearing other women speak enthusiastically about what they had learned during earlier workshops given by the chefs.

At the Castillo restaurant, in Gaza city centre, a number of Palestinian chefs stood watching a demonstration as layers of pasta were mixed with meat and mozzarella to make a lasagna.

The restaurant, which opened a couple of years ago, has grown popular with Gazans. But the owner admitted that whatever they had learned over the years was now being enriched by the knowledge passed on by the visiting Italian chefs.

“Simplicity” seems to be the keyword taught by Maurizio to his Palestinian counterparts. As he told an audience at Al Taboon, one of the best-known pizza restaurants in Gaza: “For every two kilos of flour, you need two litres of water. Then we let the flour and water breathe.”

At a restaurant where they had gathered to learn to make musakhan, a traditional dish of sumac chicken and sauteed onions, Maria Rita Pirastu said that the Italian party were happy to have the chance to pass on their skills and to learn a little from their hosts in return.

“The people of Gaza are just ordinary people, trying hard to get joy out of life while surrounded by the sadness they have endured - but they are a nation eager to share their love,” she said, looking on with interest as Palestinian chefs continued to chop green peppers into small pieces. 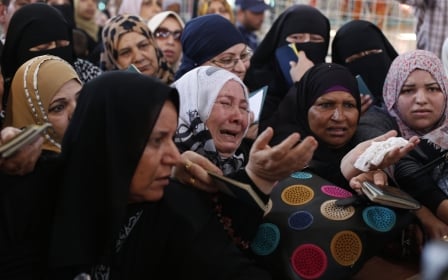