A prominent human rights activist who has faced threats from Saudi Arabia has called on Norway to divest its wealth fund from the Gulf kingdom.

Iyad el-Baghdadi, an activist of Palestinian descent, was granted asylum by Norway in 2015 and moved to Oslo after fleeing the United Arab Emirates.

Last week, Baghdadi revealed that he had been notified by the Norwegian Police Security service of a threat to his life originating from Saudi Arabia. He told Middle East Eye that plainclothes police officers had taken him to a secure location to inform of the threat.

The warning reportedly came from another intelligence agency which has been identified in several reports as the Central Intelligence Agency (CIA). 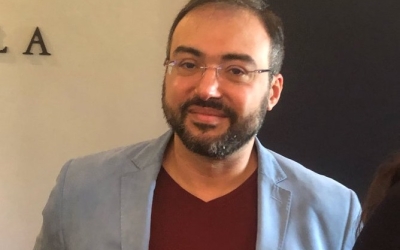 "It does send the message when the country that tops the world as the most democratic and press freedom is investing its money in such a country as Saudi Arabia," Baghdadi told MEE.

"It's not just a question of money but values and the message it sends. I can vouch that it makes a tremendous difference for Saudi Arabia on its credibility and their narrative. They absolutely use that the world is engaged with them as proof that they're still up and running."

Norway has the world's largest wealth fund worth over $1 trillion with investments around the world.

In November 2018, the fund - often referred to as the 'oil fund', but formally known as the Government Pension Fund Global (GPFG) - said it intended to double its investments in Saudi Arabia.

The fund made its announcement despite global condemnation over the death of Saudi journalist Jamal Khashoggi, who was killed inside the Saudi consulate in Istanbul on 2 October in an operation which the CIA has said was ordered by Saudi Crown Prince Mohammed bin Salman.

Within Saudi Arabia, the fund reportedly has assets worth $825m, spread over 42 companies including banks, petrochemicals and healthcare firms.

Kristina Storeng, a spokesperson for the Ministry of Finance, told MEE that the ministry sets the fund's overall strategy, including setting the benchmark for the fund, while the country's central bank, Norges Bank, undertakes the actual investments.

When told about Baghdadi's call on the government to divest from Saudi Arabia, Storeng responded: "Companies listed in Saudi Arabia are not part of the benchmark for the GPFG. Norges Bank can, however, invest in such companies within the allowed scope to deviate from the Fund’s benchmark.

"In light of the decision to increase the equity share in the GPFG to 70 percent, the ministry has announced that it will assess the framework and benchmark for the fund’s equity investments. New markets will not be included in the GPFG’s benchmark until this work is concluded."

Storeng said the ministry aims to present its assessment in the spring of 2020.

Commenting on his personal security situation following threats to his safety, Baghdadi said that he has had to "limit his movements".

"Following the threat, I have limited my movements to stay within Oslo, but yes I have to coordinate my travel with the police and have cancelled some trips," Baghdadi told MEE.

The Palestinian activist noted that he has been given protection by two different Norwegian security agencies and that the decision to public about threats against his safety was not done "lightly".

The Palestinian activist also called for Norwegian authorities to grant his family in Malaysia asylum.

"I've been advised by security experts that my family is a soft target," said Baghdadi.  "I can no longer travel to seem. I need to bring them here for them to be safe."

The activist added that following the murder of Jamal Khashoggi, he has been working on two projects set up by the journalist before he was killed.

Last week, Baghdadi told MEE that he believed that Saudi threats to his safety came as a result of his work investigating Saudi links to the phone hacking of Washington Post owner Jeff Bezos.

He told reporters in Oslo that lead investigator Gavin de Becker, from Bezos's security team, had approached him to assist in their investigation of the phone hacking.

De Becker told the Daily Beast that it had "concluded with high confidence that the Saudis had access to Bezos' phone and gained private information."

Saudi Arabia has rejected allegations that it was involved in the hacking. 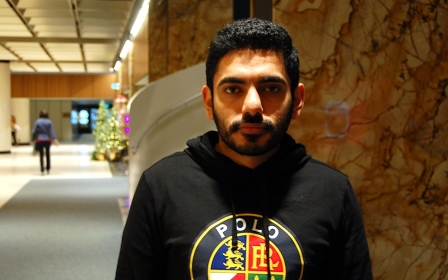