A Jewish teenager from New Jersey who wrote several tweets critical of Israel's treatment toward Palestinians was sent down to her school principal's office on Wednesday and accused of bullying.

The Israeli-American teen, Bethany Koval, was called down to the office where school administrators told her her tweets might have violated state anti-bullying laws.

In one of the audio recordings of the meeting with an administrator, she says: "I haven't put anything problematic out there. Maybe controversial."

The school official interjects: "Well, that's your interpretation. There's a state law that might interpret that differently."

The tweet was called into question by an administrator in one of the audio recordings Koval posted on social media.

In another audio recording, the school official says: "You can sit there with your smug attitude right now, but if it's gotta go into a bullying case (even though) you think it shouldn't be, but the state says it is, you're gonna lose."

Tweeting in response, Koval said: "Apparently a 'smug attitude' is trying not to burst into tears."

Later in the day, Koval tweeted that she was "forced" to write a statement about the incident, even though she had requested an attorney be present. "There's no need for an attorney ... This is not a court of law," the administrator can be heard saying in a recorded audio segment.

In her statement, also posted on Twitter, Koval wrote: "Why am I accused of bullying, I think it is because I wish for a free Palestine."

The Twitter thread set off a wave of support on social media, with widespread news reports on the incident. According to a New York Times article written on Thursday, Stanley Cohen, a lawyer who advised the young woman's family, said he doubted the issue would evolve into a legal case. He hopes administrators will "look beyond the emotion of the moment and say ‘Move on, this is no big deal.'"

New Jersey's anti-bullying laws are among the toughest in the entire US, the Times article says.

Despite the outpouring of online support, Koval and her family are fearful of a backlash, it added.

The pro-Israel blog "Israellycool" on Thursday accused Koval of being a "Hamas sympathiser" and poked fun at her math skills for one of her tweets about the number of Palestinians killed in Israel's 2014 Gaza war.
Contacted by Middle East Eye over Twitter, Koval said: "My family does not want me to complete any more interviews." 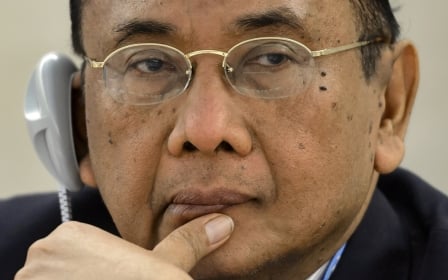