Special rapporteur on the occupied Palestinian territories, Makarim Wibisono of Indonesia, pictured on 23 March 2015 (AFP)
By
MEE and agencies

Makarim Wibisono, the UN’s special rapporteur on human rights in the Palestinian territories, resigned on Monday, saying that Israeli authorities had failed to grant him access to Palestinian areas.

"Unfortunately, my efforts to help improve the lives of Palestinian victims of violations under the Israeli occupation have been frustrated every step of the way," Wibisono said in a statement.

The Indonesian diplomat claimed that throughout his mandate Israel had failed to grant him access to Palestinian areas, saying he felt “deep regret” that he could not carry out his duties.

After replacing long-time rapporteur Richard Falk in June 2014, Wibisono said he had repeatedly requested access to occupied Palestinian territories but had failed to receive a response from the Israeli authorities.

"The special rapporteur voiced deep concern at the lack of effective protection of Palestinian victims, of continuing human rights violations and violations of international humanitarian law," the UN statement said.

By contrast, the Palestinian government had “cooperated fully” with his mandate, he said.

Israel has long had stormy relations with the United Nations Human Rights Council, which it accuses of having a built-in bias against it. The council has long stirred controversy for having states like Saudi Arabia and Kazakhstan, long accused of human rights abuses, on the 18-member state committee.

Despite his lack of access, Wibisono has accused Israeli security forces of using excessive force against the Palestinians and of having possibly carried out summary executions as they sought to crack down on a wave of lone-wolf attacks with knives, guns and cars.

He has also harshly criticised the deadly 2014 Gaza war, warning that the “ferocity of destruction and high proportion of civilian lives lost in Gaza cast serious doubts over Israel’s adherence to international humanitarian law”.

More than 2,200 mainly Palestinian civilians were killed in the 50-day war. More than 70 people, mainly soldiers, were also killed on the Israeli side. 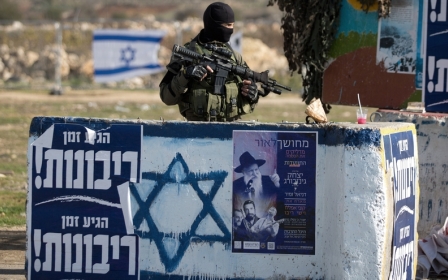