Jill Biden to Arab Americans: Your vote could be the difference 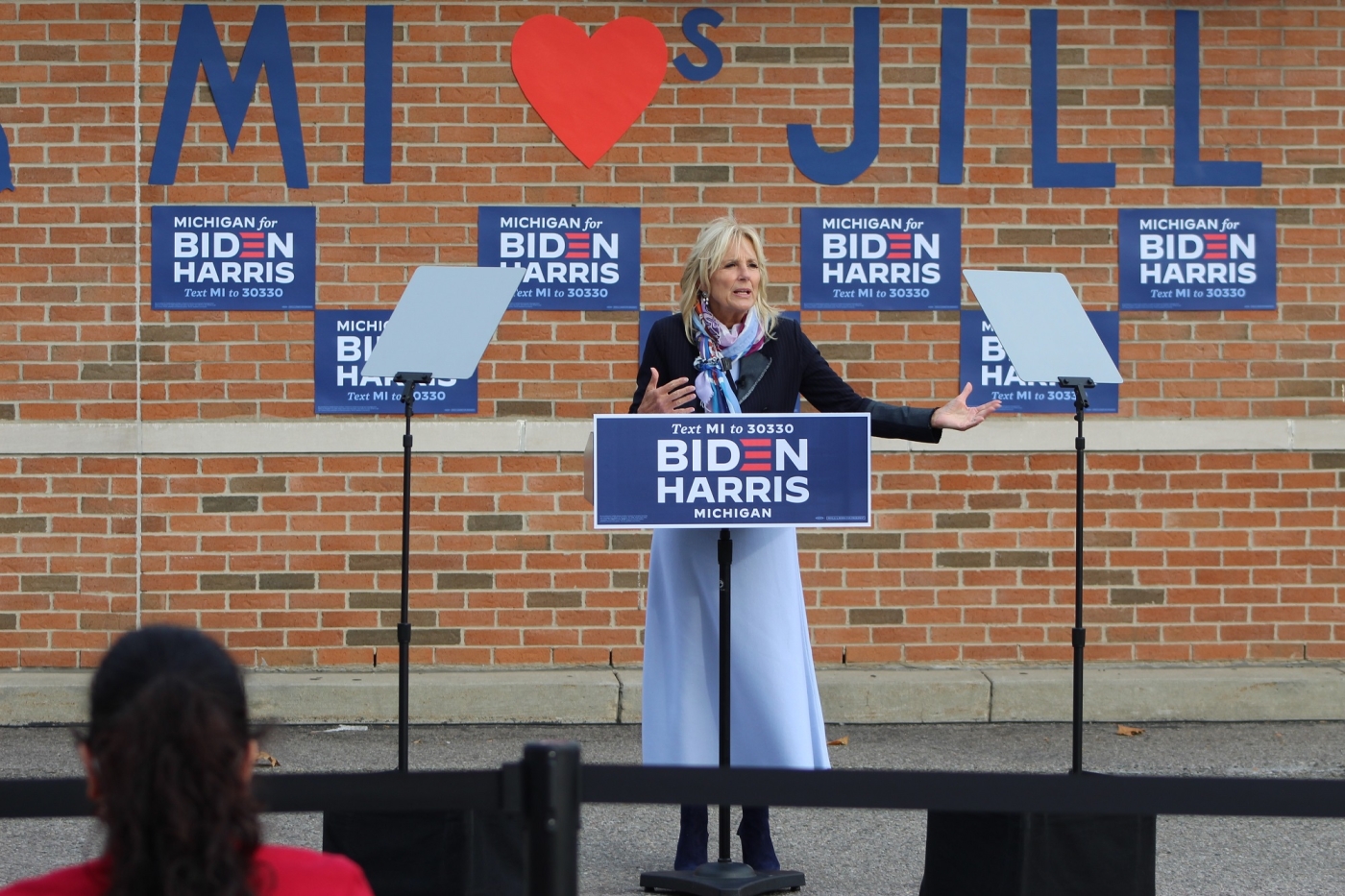 Standing in front of an iconic Arabic bakery in Dearborn, Michigan, Jill Biden, the wife of Democratic presidential candidate Joe Biden, urged Arab Americans to participate in November's election, telling them their vote could be the difference.

Biden said on Tuesday that her husband wants to restore America's values as a "nation of immigrants," vowing that he would be a president for all Americans.

"We have to show up right now, put our shoulders back and work like we have never worked before," Biden told the crowd.

"One vote could make the difference between winning and losing a precinct; one precinct could win a state. And one state, this state, could decide our future for generations to come. So will you be that one vote?"

The race for Michigan

Michigan is home to one of the largest Arab communities in the country. President Donald Trump carried the state by fewer than 11,000 votes in 2016. This year, Democratic voting advocates are emphasising the importance of every ballot.

High Arab turnout could make a decisive difference in the outcome of the race, Arab-American activists say.

The event took place in front of Shatila Bakery, a red-brick building with a round, umbrella-like ceiling that has become synonymous with immigrant entrepreneurship in Dearborn, a city known as the capital of Arab America for its large Arab population.

Started by a Lebanese immigrant in a small corner shop in 1977, now Shatila ships baklava and other Middle Eastern sweets across the country.

"This bakery embodies the American dream that so many immigrants have when they come to our country," Biden said. "And with hard work and with grit, the Shatila family has been a staple of Dearborn - one that not only creates jobs, but also brings joy to people around the world."

The event was attended by dozens of Arab activists and local politicians, including Michigan Congresswomen Rashida Tlaib and Debbie Dingell. The attendees sat in socially distant folding chairs in the bakery's parking lot, on the edge of one of the busiest streets in the city.

"Joe Biden will be a president for all Americans. And he has a plan to end this pandemic, to rebuild, to reimagine a future that's better than ever," she said.

"And that means restoring our values as a nation of immigrants and defending the civil rights of all Americans, including the Arab-American community that has contributed so much to our nation."

She reiterated her husband's pledge to involve Arab Americans in his administration.

"It means ensuring that you will have a seat at the table and that your voices will be heard," Biden said.

"And it means providing resources to help small businesses recover from this crisis and creating millions of good-paying jobs. But we can't do it without you. Your Community matters to this campaign."

Abdullah Hammoud, a Democratic state representative who had endorsed Sanders earlier this year, lauded the Biden campaign's outreach to the Arab community. "Arab Americans have an opportunity to be the difference makers in this election," Hammoud told MEE.

The state lawmaker said a "no-vote" could have terrible implications with so much on the line, including the future of the federal judiciary.

Hammoud said even if some Arab Americans do not have "full faith" in Biden, they should have faith in the fact that their community would be on the decision-making table.

He had a message for Sanders' Arab supporters who may be reluctant to back the Democrtaic nominee: "If you strongly believe in the values and morals that Bernie stood for, do you think that he caved by supporting Biden?

"If the person that you supported was willing to stand up and say, 'I support Joe' almost immediately, why is it that you're not?" US Elections 2020
'Out-vote the hate': Tlaib and Omar call for large Muslim turnout 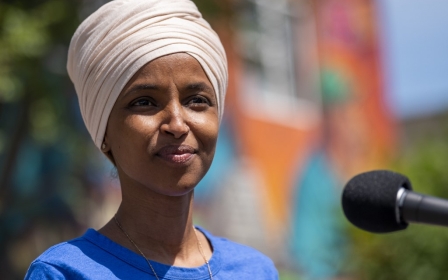 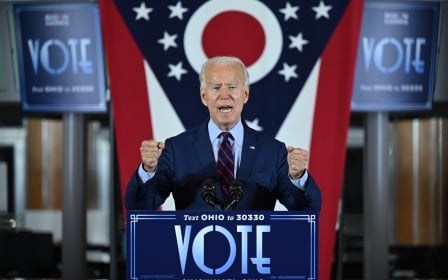