The Dead Sea, the lowest and saltiest body of water in the world, is on course to dry out by 2050 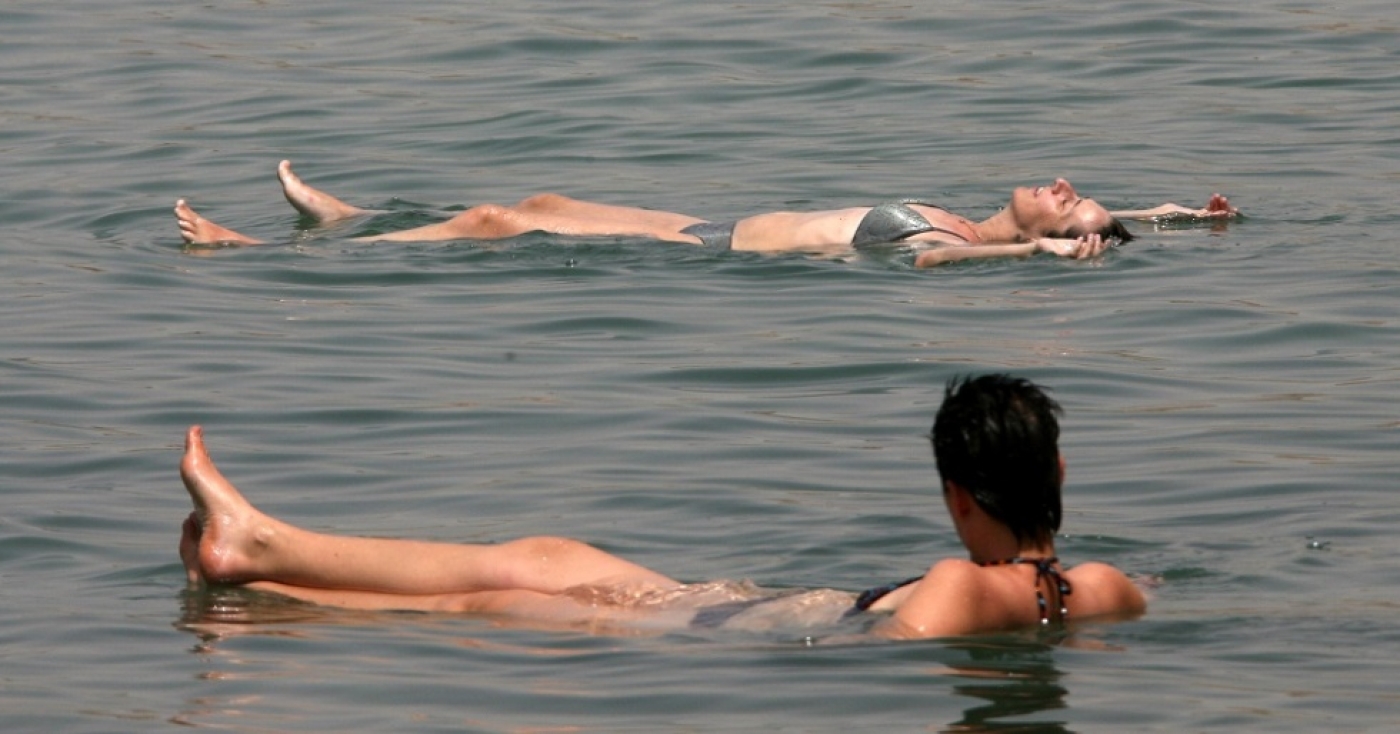 Jordan and Israel signed a deal on Thursday to build a pipeline linking the Red Sea with the shrinking Dead Sea and combat regional water shortages.

Jordan’s official Petra news agency said that the agreement signed in Amman, would set in motion the implementation of the first phase of a long-awaited project.

It follows a letter of intent signed in Washington in December 2013 by representatives from Israel, Jordan and the Palestinian Authority that capped more than a decade of negotiations.

Jordanian Water Minister Hazem Nasser said that 300 million cubic metres of water would be pumped annually from the Red Sea during the first phase of the project.

If all four pipelines are built, they could eventually pump two billion cubic metres of water away from the Red Sea.

The Dead Sea, the lowest and saltiest body of water in the world, is on course to dry out by 2050 and could become no more than a small lake.

It is a major tourist attraction, with people coming to bathe in its buoyant, mineral-heavy water and roll around in surrounding mud, believed to have therapeutic qualities.

The degradation of the Dead Sea, however, started in the 1960s when Israel, Jordan and Syria began to divert water from the Jordan River, the Dead Sea's main supplier for agricultural and private consumption. In recent decades the Dead Sea is estimated to have been losing about a meter of water a year, with inflows from the Jordan River down a staggering 95 percent in less than 50 years.

The local environment has suffered, with sink holes – caused by the depletion of underground salt pockets – now lining much of the shore. There are now some 3,000 of these potential sink holes, with reports of visitors plunging several feet popping up over the years and discouraging touristic investment and development.

As part of the project, some of the water pumped from the Red Sea would enter the Dead Sea while the rest would be desalinated and shared with Israel and the Palestinian Authority.

The Palestinians are expected to obtain 30 million cubic metres of potable water annually thanks to the project.

Nasser said Jordan will start drawing up documents in the next few weeks calling for international tenders.

Shalom, who is also minister of regional cooperation, hailed the agreement as a landmark deal between Israel and Jordan, which signed a peace treaty in 1994.

Tensions between Amman and Israel flared up last year due to settler incursions into the al-Aqsa compound in Jerusalem, of which Jordan is the official guardian. While Amman pulled its ambassador in the wake of the violence that flared up in East Jerusalem, it announced earlier this month that he would be returning to his duties.

He said the deal will help rehabilitate the Dead Sea and provide solutions to Jordan's chronic water problems, a statement said.

Two years ago, Jordan's water ministry said that the tiny kingdom, where 92 percent of the land is desert, would need 1.6 billion cubic metres of water a year to meet its requirements by 2015.

Water is an essential and rare resource for Jordan which has a population of around seven million and growing, as the country takes in refugees from the Syria war. The country is considered one of the most water poor on the planet.

However, several environmental groups have warned that the project could undermine the fragile ecosystem of the Dead Sea, which they fear could be contaminated by water from the Red Sea.

Environmentalists have long been lobbying to try and have the sea classified as a UNESCO protected heritage site which would prompt authorities on both sides – the sea straddles both Jordan and Israel – to do more to protect the area.