Monarch say his country is considering all options, including cancelling the 1994 Wadi Araba peace treaty 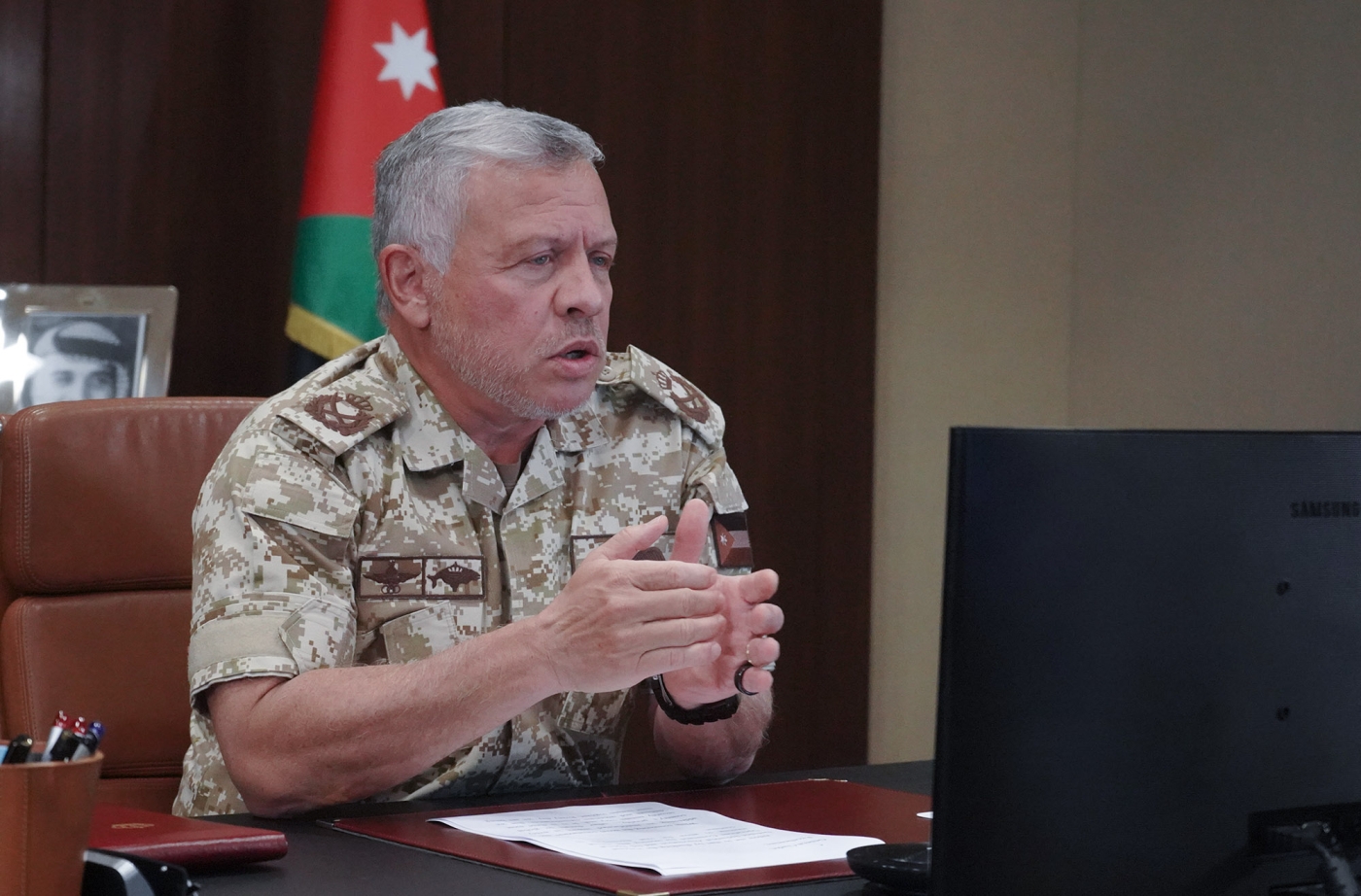 Jordan's King Abdullah II has warned that the Israeli government's plan to annex parts of the occupied West Bank could lead to "massive conflict" and said his kingdom is "considering all options," including freezing or cancelling its 1994 peace treaty with Israel.

"I do not want to make any threats and create an atmosphere of controversy, but we are considering all options," King Abdullah told the German magazine Der Spiegel, when asked about the possibility of cancelling the Wadi Araba treaty.

Jordan shares 335km of borders with Israel and the West Bank, and its security coordination is highly treasured by Israel's military and intelligence.

Prime Minister Benjamin Netanyahu's incoming coalition government is expected to make moves towards imposing sovereignty over the Jordan Valley and illegal Israeli settlements in the Palestinian territory, likely with US backing.

The areas mooted for annexation amount to around one-third of the West Bank and include a 97km stretch along the border with Jordan.

'What would happen if the Palestinian Authority collapses? There would be more chaos and extremism in the region'

"We agree with many countries in Europe and with the international community that the law of the fittest should not apply in the Middle East,” King Abdullah said, adding that he sees the two-state solution as the "only way for us to move forward here".

King Abdullah wondered about the fate of the Ramallah-based Palestinian Authority.

"What would happen if the Palestinian Authority collapses? There would be more chaos and extremism in the region. If Israel really annexed the West Bank valley in July, it would lead to a massive conflict with the Hashemite Kingdom of Jordan," he said.

In December, Jordan's military conducted a drill simulating a foreign invasion coming from the western mountains where the kingdom shares a border with Israel.

King Abdullah and Prime Minister Omar al-Razzaz, along with MPs and senior military officers, attended "Karameh Swords 2019," the codename of the drill, eliciting alarm from the Israeli media at a time of rising tensions.

The West Bank's Jordan Valley is rich in minerals and agricultural soil and is a highly strategic area that lies on the Jordanian border.

Historically, Palestinian Liberation Organisation (PLO) guerrilla fighters operated in the Jordan Valley to launch armed attacks on Israeli settlements before the PLO was kicked out of Jordan into Lebanon in 1972.