Daoud Kuttab was released, but still faces trial over an investigative piece he wrote in 2019 in a case that highlights shrinking press freedoms 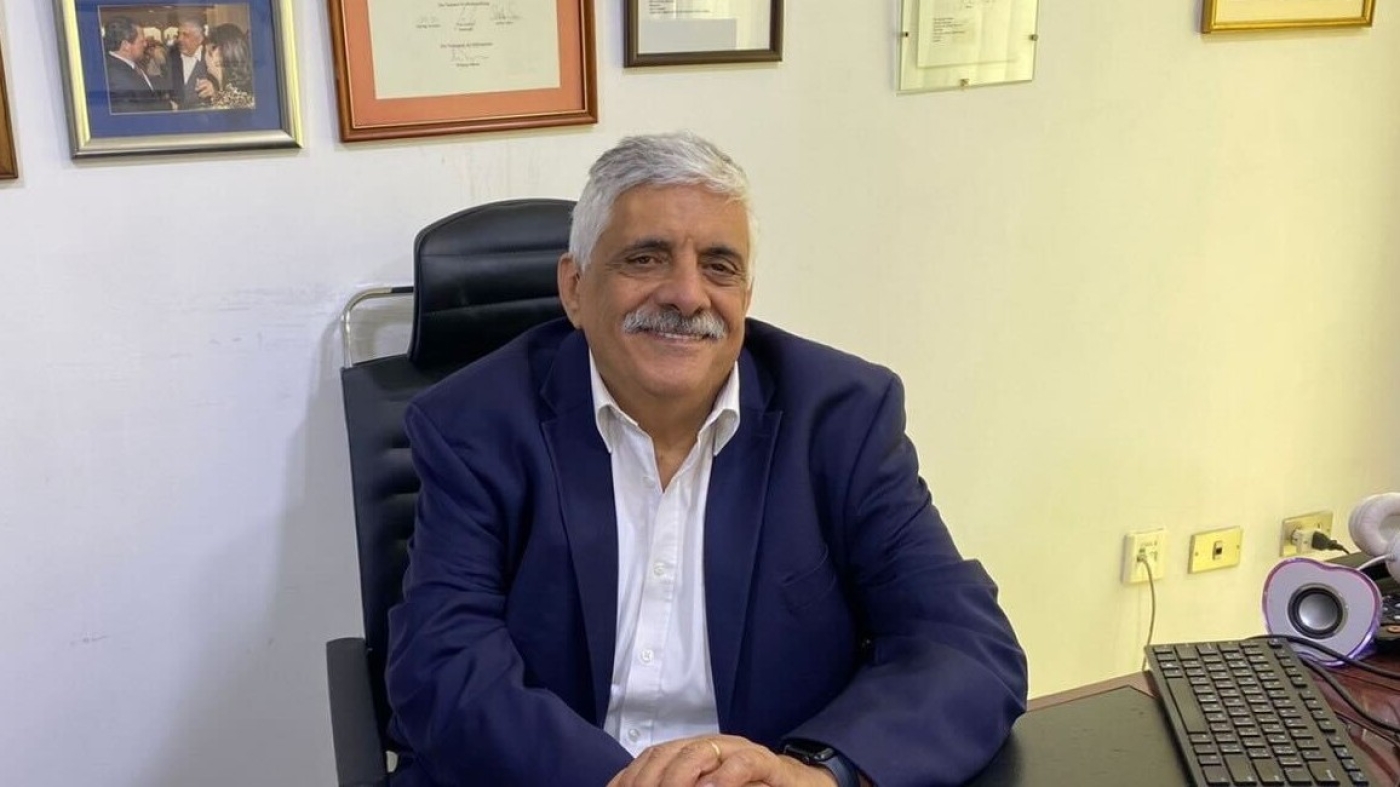 Jordanian authorities on Tuesday released prominent Palestinian journalist Daoud Kuttab after he was detained at Amman airport on his way back from a trip to the UK.

Kuttab told Middle East Eye that he was stopped for almost two hours on Tuesday morning at the airport upon his return from a family visit in London.

"I was surprised when the passport control officer asked me to wait," Kuttab said.

"I had heard hints from my colleagues that some in the government were not happy with my writings, but I didn't expect to be stopped from entering [the country]."

Authorities told Kuttab that the cybercrime police had issued an arrest warrant against him following a complaint about one of the articles he wrote in 2019 investigating the case of a Jordanian-American investor who ended up in a Jordanian jail for holding a stolen cheque.

Kuttab is a prolific writer whose articles have appeared in Arabic and English on several media platforms. He was born in Bethlehem but currently resides in Jordan, where he directs the Community Media Network, Radio al-Balad, and Amman Net news organisation.

He was eventually released after a relative came to pick him up from the police station at the Bayader area in west Amman.

Kuttab attended a court in the Jordanian capital where a judge issued a temporary suspension of his arrest order until 13 March, pending a further hearing and trial.

Kuttab told MEE that he followed journalism's ethics when he wrote his piece, basing it on documents and reaching out to get a comment from the investor, who declined to answer his questions.

"I am concerned that the case might be some kind of vendetta or attempt at politically pressuring me for what I write," he said.

"I am concerned about the fact that space for the freedom of expression is shrinking in Jordan."

Jordan's Cybercrime Law, passed in June 2015, has been lambasted as an instrument to stifle freedom of expression in the Hashemite kingdom, amid increased protests against financial hardships Jordanians have faced in the past years.

On Monday, Taghreed al-Rishq, a Jordanian journalist, was also stopped at Amman airport for almost 12 hours, upon arrival from Washington, for publishing a tweet on 13 January criticising a pro-government journalist. She was released on bail later that day.

Sarah Leah Whitson, the former director of the Middle East department at Human Rights Watch (HRW), tweeted that she has not "seen this kind of escalation in a while, think it's the new cybercrime law run amok," in Jordan.

Last week, a report by Jordan's Center for Defending Freedom of Journalists (CDFJ) revealed that 77.3 percent of the 150 journalists who took part in its study said authorities had summoned them for questioning about their journalistic practices in 2021.

Mohammad Ersan, an MEE contributor and editor-in-chief of Radio al-Balad, said that Jordanian journalists are "terrified".

"We practise self-censorship before publishing anything for fear of the Cybercrime Law, which contains loose phrases that could be used to imprison journalists," Ersan said.

He added that article 11 of the Cybercrime Law "is a sword hanging over journalists’ necks and the freedom of expression."

According to article 11, "any opinion, article, or even emoji which authorities do not like, could lead you to the court on charges of spreading misleading news or defamation and slander," he added.

In 2021, there were almost 6,605 lawsuits filed under the Cybercrime Law, according to government data, some of them were against journalists.

Ahmad Hassan al-Zoubi, a satirical writer, told MEE in November last year that he believes the law is being used to muzzle criticism.

"Before the law, I used to write a lot of criticism of corruption without any problem. Today I have to think: will this lead to my conviction if the case is brought in front of a judge?" said Ahmad, who has 19 cases against him, 14 of which are based on the Cybercrime Law. Inside Jordan
Is there still hope for a new political future in Jordan?
Mohammad Abu Rumman