Accusations of sex outside marriage and other perceived vices have seen women held without formal charge, rights group says 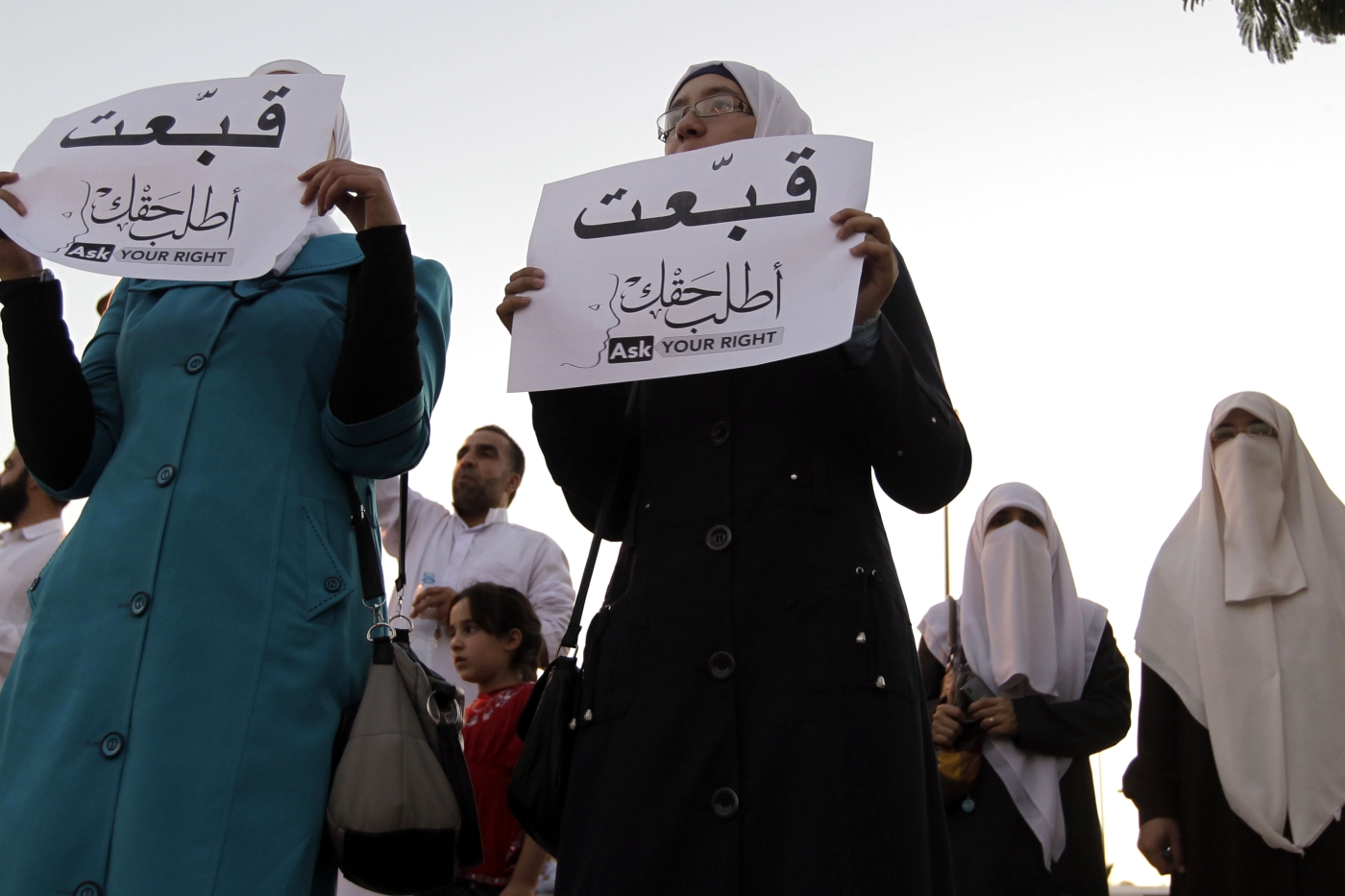 A migrant domestic worker forcibly separated from her son four months after giving birth. A young woman who spent six months in detention for living outside her male guardian’s home without his approval. Other young women, pressured into taking “virginity tests” after leaving home.

They are among the hundreds of women who have been reported in recent months as having faced so-called “administrative detention” in Jordanian prison, often without formal charges, due to accusations of sex outside marriage and other perceived vices, according to a new report released by Amnesty International on Wednesday.

The practice is longstanding, though Wednesday’s report sheds vital new light on women detained under Jordan’s civil status laws even as the country has passed new legislation in recent years that is meant to protect women’s status in society.

Nearly 150 women today remain in administrative detention, Jordanian officials told researchers. More than half of them are simply being held for zina, or sex outside of marriage, following complaints raised to local authorities by their own family members.

Some had been detained in Jordan’s Juweideh prison for “over a year”, Lauren Aarons, who led research for the report, told Middle East Eye. Juweideh is the country’s largest prison facility for women.

Faced with the prospect of being released back into their families’ homes after detainment in Juweideh, women told researchers of their fears. Some simply refused the idea, one telling researchers from Amnesty International she’d “rather marry a drug dealer, as long as I don’t go back home”, Aarons said as an example.

Under Jordan’s penal code, sex outside the confines of marriage is criminalised for both men and women if a complaint is made against a suspected offender, and is punishable by a prison term of one to three years.

But in reality, personal status laws instituting “male guardianship” of women mean they are often more vulnerable to detainment. They can face consequences simply for leaving home, having sexual relationships or getting pregnant and giving birth while unmarried.

Male guardianship “prohibits an unmarried woman from entering into a valid marriage contract without the approval of her guardian”, according to Amnesty International. A guardian is a male blood relative, usually the woman’s father.

For one young woman interviewed by researchers, that guardian was her uncle, after her father’s death in a car accident.

“I’ve always had problems with my uncle, ever since my father died,” the woman, who went by the pseudonym “Arwa”, told Amnesty International.

So she decided to live on her own, outside her uncle’s home. But later on, one of Arwa’s uncles went to the authorities, who put a warrant out for her arrest. The warrant, she learned, was simply for “absence” or living outside her family home without permission.

Now in administrative detainment, and faced with the option of her uncle bailing her out and allowing her to come back home to live with him, she told researchers she preferred to remain in prison.

“I want a life without my uncles having power over me.”

Another woman in Juweideh told researchers she had gotten pregnant and tried to marry the father, but her parents were both dead and she had no immediate male relatives who could serve as a “guardian” to approve the marriage.

When she gave birth, “the hospital asked if I was married and I said no, so then they called the police”. The baby was taken away from her, she told Amnesty International.

Recent years have seen some improvements, though.

In 2017, Jordanian authorities abolished one article of the penal code that allowed reduced sentences to those accused of “honour killings”.

That same year, Jordan’s parliament repealed a law that allowed rapists to evade punishment by marrying their victim, in a move that women’s rights activists hailed as “historic”.

And last year, Jordanian authorities and a local NGO opened Dar Amneh, which means “Safety House”, a facility meant to house women at risk of violence.

'There is no reason why a woman who leaves her father’s home... should end up in prison'

At least 75 women have temporarily resided in the shelter since it opened its doors in 2018, some of them after being transferred from “administrative detention” in Juweideh.

The facility is one possible “alternative” to detention for women at risk under Jordan’s male guardianship system, Asma Khader, head of the Solidarity is Global Institute, a Jordanian NGO, said at a Wednesday press event in Amman.

But women have continued to cycle in and out of “administrative detention” even after Dar Amneh opened its doors last year.

According to data provided to Amnesty International by Jordanian authorities, some 1,259 female detainees had been released from such detention since the start of 2019, suggesting a high turnover rate as police continue transferring women there.

“There is no reason why a woman who leaves her father’s home... should end up in prison.” Inside Jordan
Jordanians anxious for return of lands leased to Israel