Kadim el-Sahir: How the Caesar of Arabic song wowed London

The top selling Iraqi singer performs a message of hope, unity and joy to a sell-out crowd in the capital 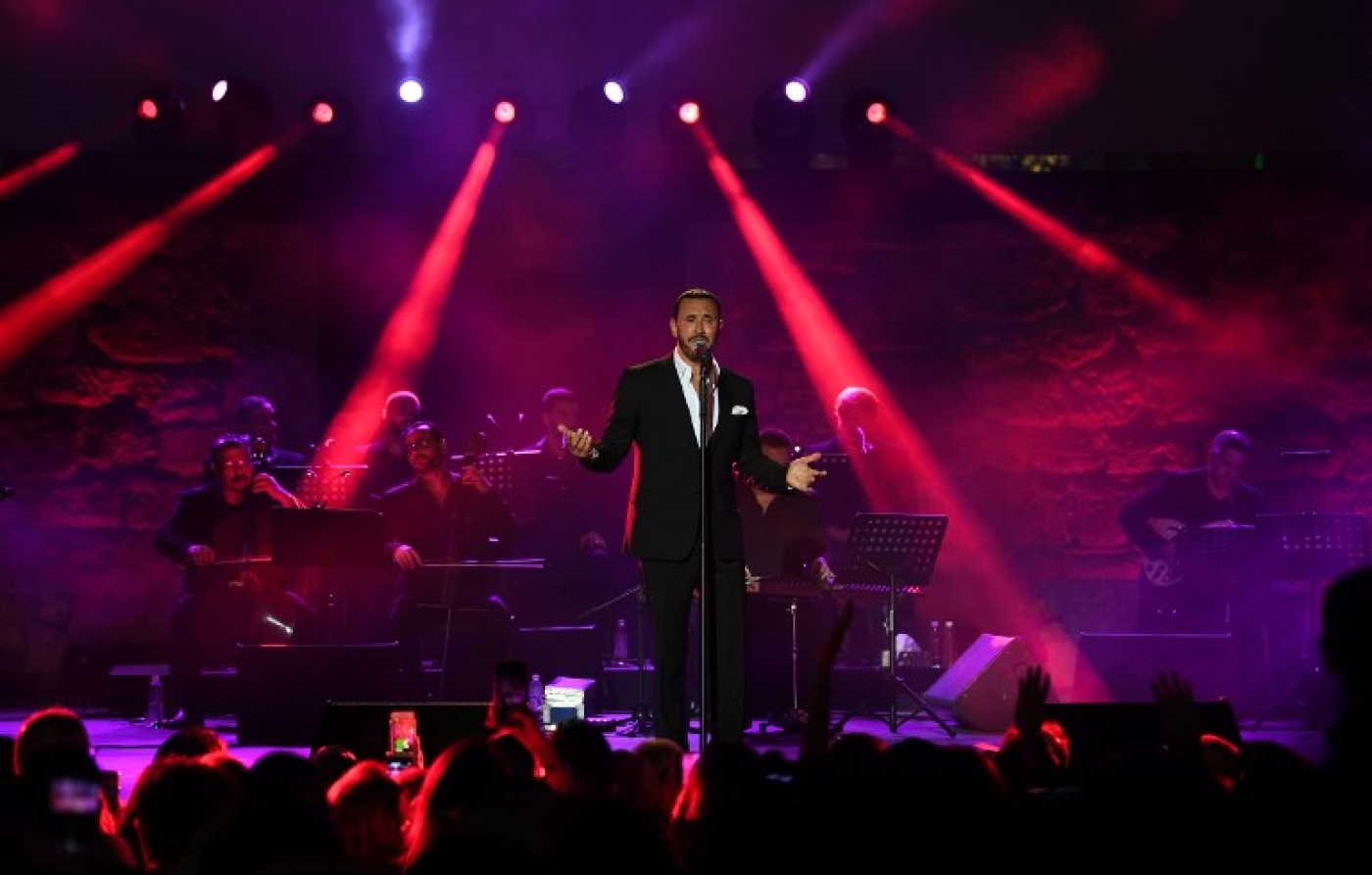 It's an hour before the eagerly anticipated concert of the multi-award winning Iraqi singer and musician Kadim el-Sahir, who has the hit count and songwriting stature of Bruce Springsteen or Tom Jones.

Like Jones, he was a judge in the Arab Voice and the junior version of the hit TV talent show.

His work transcends definitions of folk or pop. The 61-year-old musician is the top selling Arabic singer in the world, with more than 30 million albums sold since the start of his career in 1984.

His widespread popularity is evident, as tickets almost sell out for his London show on 18 January, despite prices ranging from £70 to £300.

The concert was a rare occasion for Arabs and Iraqis from around the UK and Europe to see the singer perform classic and contemporary songs with a band of musicians on Arabic percussion (oud, qanun, nay) and a full complement of strings (violin, cello, and bass).

El-Sahir's appeal is well documented - his song Ana Wa Layla ranks sixth among the world’s 10 best songs on the BBC - and he has worked with international artists including Lenny Kravitz and Sarah Brightman.

Inside the Apollo, the flag-waving continues before El-Sahir takes the stage. A group of young women dressed in sequins and chiffon break into a traditional Iraqi dabke dance in the aisles, as the great man takes the mike.

El-Saher’s music is known across the Middle East, particularly for those  songs that reached beyond Iraq’s troubled borders during times of war.

Their impact  was apparent on the audience, with many speaking of how his music reminds them of home.

'Many people only saw Iraq through the prism of wars, poverty and conflict, but El-Sahir showed people a different side of Iraq, using love as a central theme' - Sora, fan

“There is a huge distance between us and our country - our home that we long for - but watching Kadim brings us closer to home; he reminds us of the old Iraq,” said Ahmad, an Iraqi from Nottingham.

Ahmad attended El-Sahir’s concert at the Royal Albert Hall in 2016 when he was single. This time he came all the way from Nottingham with his wife to watch the singer.

“We have final exams approaching but we’re still here,” said Salma, who was born and raised in Iraq but is currently studying in Ireland.

“He reminds us of Iraq and our lives there. We love all his songs, particularly the folk songs.” She also attended his 2016 concert in London and said she would attend any of his coming concerts, regardless of where they were.

Sora, a young Iraqi woman living in London, said its her second time at an El Sahir concert.

“He is an Iraqi icon, and our most celebrated Iraqi musician. Many people only saw Iraq through the prism of wars, poverty and conflict, but he showed people a different side of Iraq, using love as a central theme.

“If you listen to the songs carefully, yes they are about love but they are also about the suffering of the people of Iraq. One of my favourite songs of his is Ahbini (Love Me) which is about the female during times of war and about longing."

During the concert El-Saher wooed the crowd with hits such as Ana wa Laila (Me and Laila), Hal Indaki Shak? (Do You Doubt?) and Zidini Ishqan (Make My Passion Grow). The clever melding of Arabic instruments with violin, cello and bass had his audience enthralled.

Many of El-Saher’s songs are inspired by, and incorporate elements of, the renowned Syrian poet Nizar Qabbani, which explores themes of love, feminism, religion and Arabic nationalism. And it was Qabbani who first described El-Saher as the “Caesar of Arabic music”.

Although El-Saher typically avoids politics in his songs, his song Ladghat el hayaa (The Snake Bite), which was broadcast on Iraqi TV in 1987, a year before the end of the Iran-Iraq war, caused controversy for the lyrics that were perceived as criticism of the conflict. Iraqi TV officials asked him to change the lyrics or have the song banned.

Why he has such a large following

El-Saher's enduring appeal among Iraqis may be because of his humble background. He was born to a low-income family in Mosul, 400km north of the Baghdad, where his mother's struggle to raise eight children made him “biased towards women” he said in an interview with France 24 last August.

“A man’s real home is his beloved woman, the homesick are those who have no beloved women in their lives,” he added.

El-Saher, however, has not married since his divorce from his first wife, who he married at the age of 19.

Although the majority of those MEE spoke to were Iraqis, other audience members had originally come from Kuwait, Palestine, Saudi Arabia and Egypt.

One Egyptian couple, Hussein and Rehab, who travelled from Leeds in northern England, said that El-Saher is not just an icon for Iraqis, but for all Arabs.

“Tonight has been a dream, I enjoyed every minute, except for the moment he left the stage at the end of the concert,” said Rehab, teary-eyed from the performance.

“I love his singing mainly because of Qabbani’s poetry. I can’t put into words how much I loved the performance tonight. Words won’t do it justice."

El-Saher, who has Qatari and Canadian citizenship, was one of the first Arab singers who performed in Saudi Arabia after Mohamed Bin Salman’s appointment as crown prince in June 2017.

Following his concert in the Saudi city of Al-Taif in July, several Saudi pro-government commentators speculated that Qatar would withdraw his citizenship because of the ongoing blockade by Saudi Arabia and its allies on the gas-rich emirate.

In the months after the siege began in June 2017, El-Saher reportedly performed in Qatar at a private event. Some Saudis then speculated that his scheduled concerts in Saudi Arabia would be cancelled but they went ahead.

El-Saher performed his last concert in his 2019 European tour on Saturday at Manchester’s O2 Apollo. 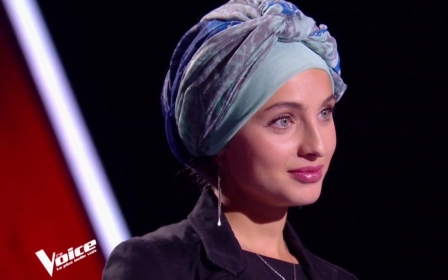 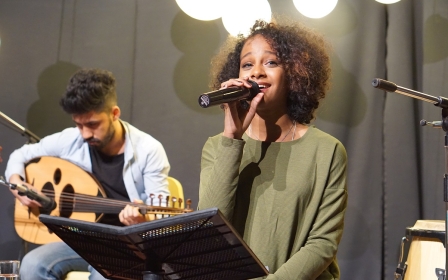