Khashoggi killing: Trump says bin Salman could have been involved

US president intimates for first time that MBS could have been behind operation, stating that 'the prince is running things over there' 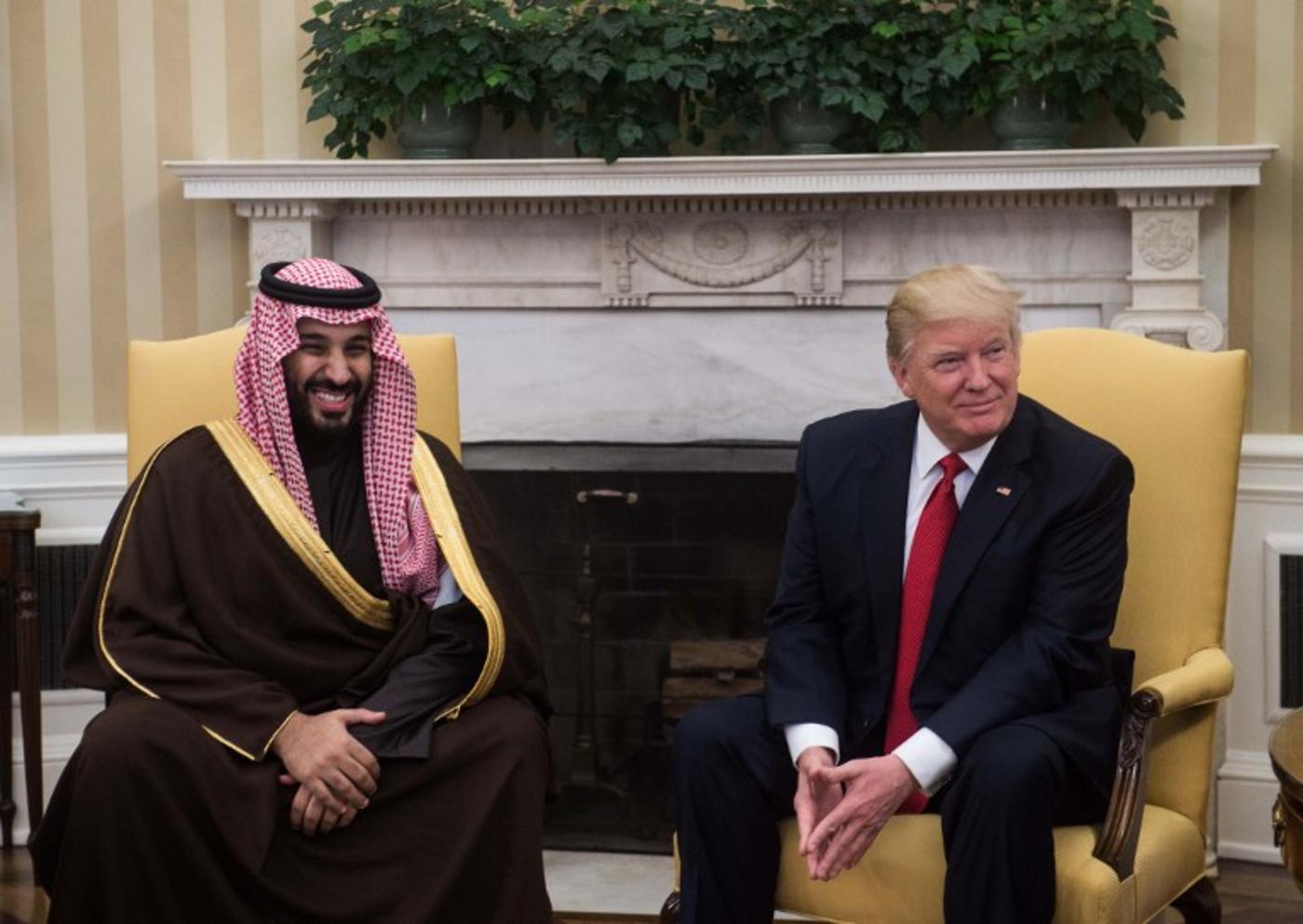 US President Donald Trump has intimated for the first time that the Saudi crown prince Mohammed bin Salman (MBS) could have been involved in the mission to kill Saudi journalist Jamal Khashoggi, stating that "the prince is running things over there".

Questioned about MBS's possible involvement in the murder, during an interview with the Wall Street Journal, Trump said: "Well, the prince is running things over there more so at this stage.

"He's running things and so if anybody were going to be, it would be him."

The president told the US newspaper on Tuesday that he had closely questioned MBS about the journalist's killing, posing questions repeatedly and "in a couple of different ways".

"My first question to him was, 'Did you know anything about it in terms of the initial planning'," Trump said.

"I said, 'Where did it start?' And he said it started at lower levels."

The president has previously appeared to suggest he fully believed MBS's statements that he was not involved in Khashoggi's death.

Earlier on Tuesday, Trump had called the Saudi handling of Khashoggi's killing the "worst cover-up ever".

In a speech to MPs from his ruling AK Party on Tuesday, Turkish President Recep Tayyip Erdogan said that Khashoggi's killing was a premeditated murder.

US Vice President Mike Pence said on Tuesday that Erdogan's statement "flies in the face" of earlier claims made by Saudi Arabia about the Khashoggi case.

"The word from President Erdogan this morning that this brutal murder was premeditated, pre-planned days in advance, flies in the face of earlier assertions that had been made by the Saudi regime and again it underscores the determination of our administration to find out what happened here," Pence said.

The US announced on Tuesday plans to penalise 21 Saudi officials it says are responsible for the killing of Khashoggi.

While the US State Department did not specify which Saudi citizens would be affected by the punitive measures, it said the individuals will have their US visas revoked or be made ineligible to enter the US.

"These penalties will not be the last word on the matter from the United States," US Secretary of State Mike Pompeo told reporters.

"We're making very clear that the United States does not tolerate this kind of ruthless action to silence Mr Khashoggi, a journalist, through violence."

Pompeo told reporters that the US still values its relationship with Saudi Arabia and Trump has repeatedly defended the country's multi-billion arms deal with the kingdom.

Khashoggi, a Saudi insider-turned-critic and prominent Washington Post columnist was last seen entering the Saudi consulate in Istanbul on 2 October.

Saudi officials have changed their story repeatedly since Khashoggi disappeared.

For more than two weeks, the Saudis insisted that the journalist left the building minutes after he arrived. However, on Friday, Saudi officials said Khashoggi was killed after a fight broke out inside the consulate.

Critics of Saudi Arabia have said they believe the Gulf kingdom is seeking to shield the crown prince from having to take any responsibility for Khashoggi's death.

Over the weekend, Saudi state media reported that King Salman had sacked Saud al-Qahtani, a former top aide to MBS, and four other officials over the killing.

World leaders and human rights groups have criticised the latest Saudi version of events, saying their explanation lacks any credibility, as calls for an independent probe into what happened have grown louder.