IS lashes out at Egypt and threatens Salafis, Sunnis, MB and Copts

IS video threatens to increase its attacks on Christians and labels Muslim Brotherhood, Salafists, and Azharis as 'apostates' 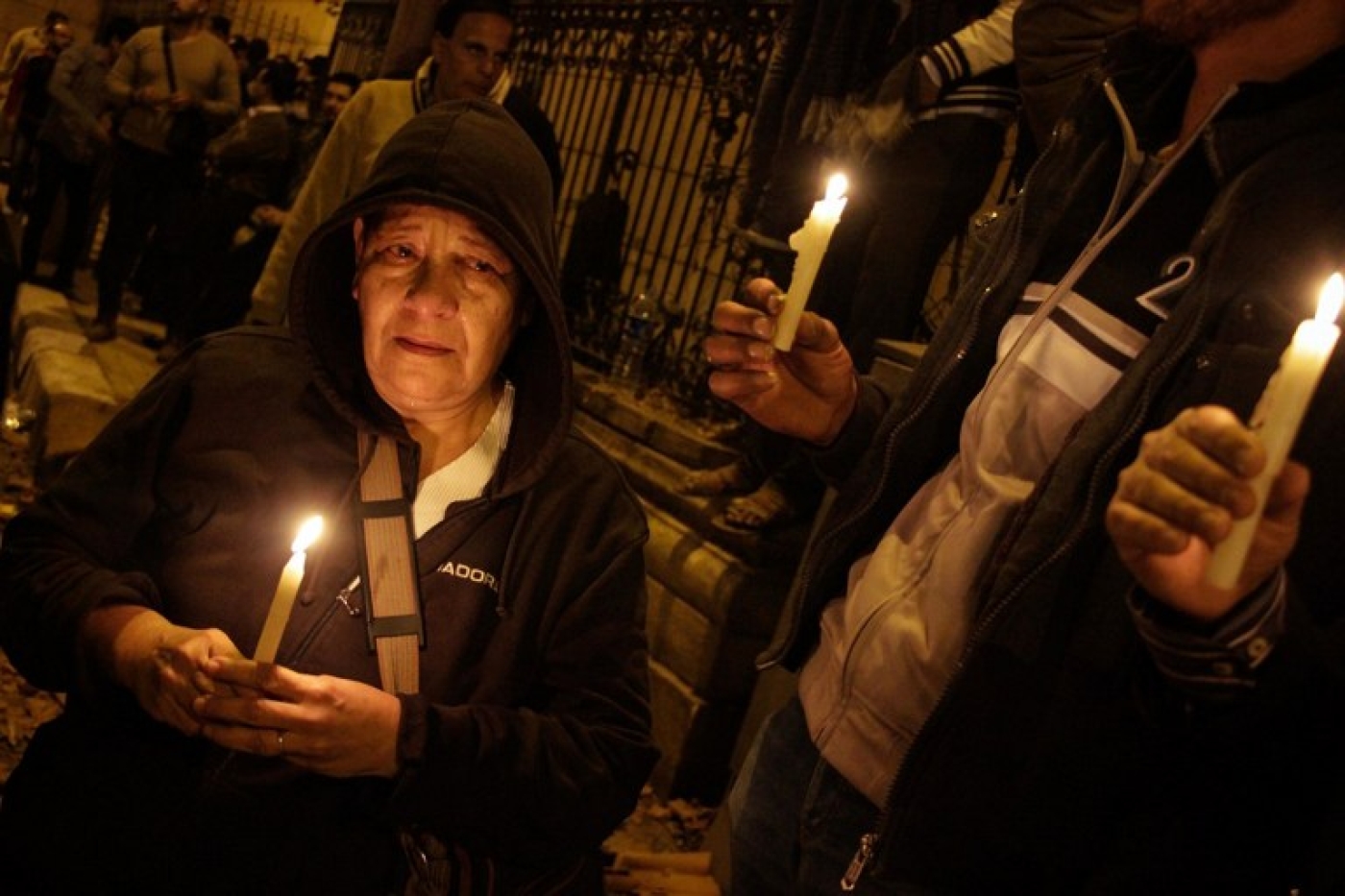 Egyptians hold vigil for victims of attack on Coptic church on 11 December, 2016 (AFP)
By
MEE staff

The Islamic State group has threatened Coptic Christians, the Muslim Brotherhood, Salafists, and al-Azhar clerics in wide-ranging video promising more attacks in Egypt similar to a church bombing in December.

The group said there was a need for more attacks on wealthy Copts, singling out the Sawiris family, Egypt’s most famous billionaire Christian family.

IS also attacked the Muslim Brotherhood, as well as the Salafi, pro-government Nour Party, labelling them both “apostates” due to their public stands of solidarity with Copts following IS attacks.

The militant group also labelled as apostates leading Egyptian clerics following their strong criticism of IS attacks on Christians.

Those named as apostates in the video include the grand imam of al-Azhar mosque, Ahmed el-Tayeb, and Salafi sheikh Mohammed Hassan.

IS named the Coptic Cathedral attacker as Abu Abdullah el-Masry, an Egyptian citizen from the mainland, as opposed to the Sinai Peninsula where the group has its main base.

They threatened to carry out similar attacks, adding: “To my brothers in prison, we swear we will free Cairo soon, and free you, and come with explosions.”

According to IS, Egypt’s Coptic Christians have broken their "contracts" with the Muslims, and now constitute a tool of “the crusaders against the Islamic faith”.

For this reason, the militant group said Egypt’s Christian community would be the target of further attacks similar to the Coptic Cathedral bombing that killed and injured dozens in December.

IS said that the generally estimated number of Copts in Egypt, up to 18 million, is incorrect, and that their real number is not more than four million.

Despite this, IS also said that Coptic investment made up 40 percent of Egypt’s economy.

IS is most active in Egypt’s Sinai province, and aims to expand from there into Egypt’s other more populous provinces.