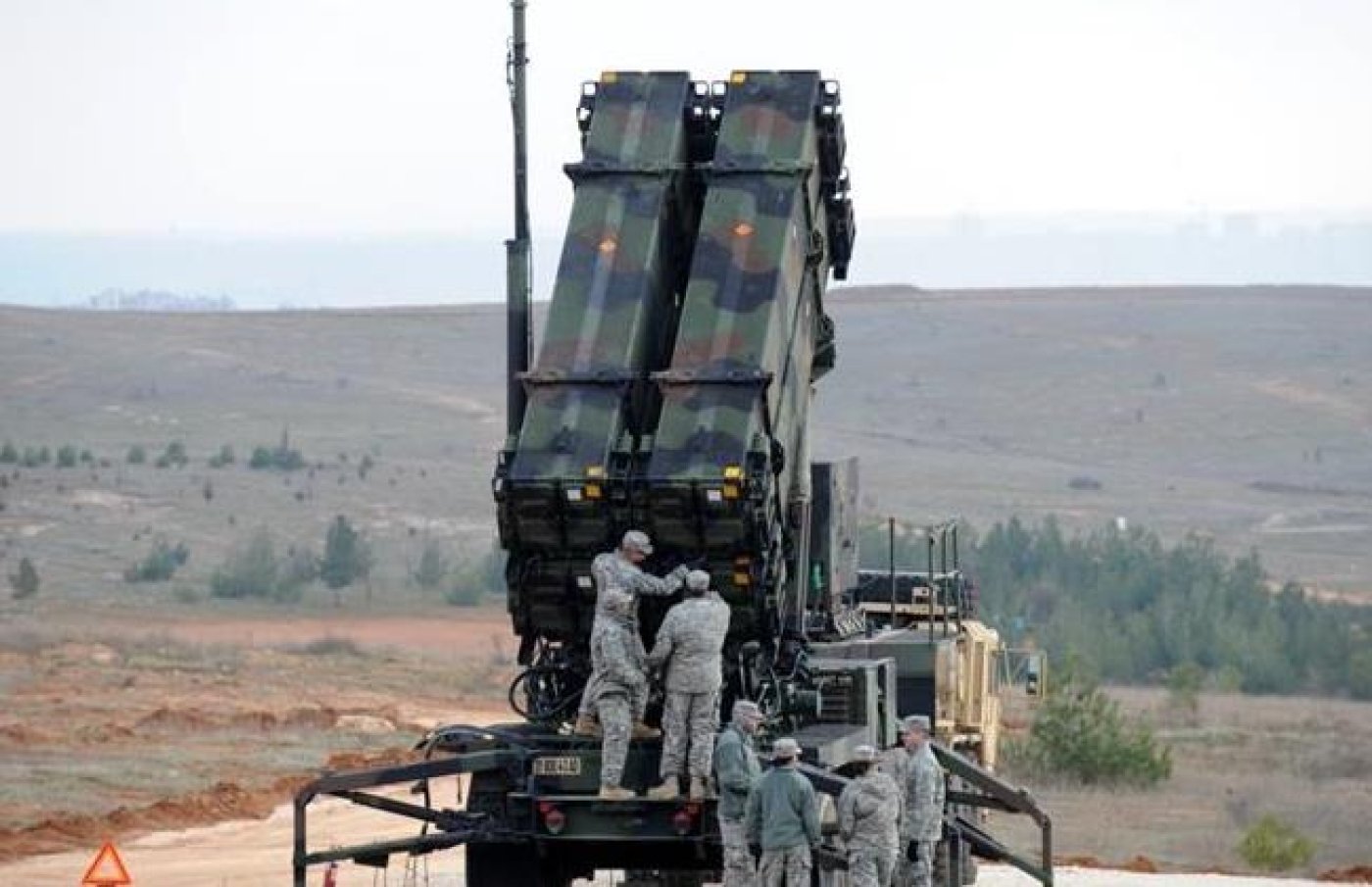 A US-made Patriot missile, like the ones being sold to Saudi Arabia, at a Turkish air base (AFP)
By
Mary Atkinson

The US on Wednesday announced a new arms export contract for the sale of missiles worth $1.75 bn to Saudi Arabia.

The US Defence Security Cooperation Agency, the Department of Defence body responsible for arms exports, said the contract comprises the sale of 202 Patriot missiles to the Gulf state, which is currently taking part in anti-IS coalition strikes in Syria alongside the US.

Part of the deal included promises from the main contractors that they would contribute to the local economy of Saudi Arabia after the deal is completed, though no details were given as to how this might be implemented.

The main US partners in the huge contract are Raytheon and Lockheed Martin, two leading US-based defence manufacturers.

Raytheon and Lockheed Martin are both currently mired in scandal, after it was revealed on Wednesday that they are among the leading US defence companies that provide significant funding for the Centre for Security Policy (CSP).

CSP is a Washington-based think tank established to “promote US national security” and runs a number of ongoing campaigns like Shariah: The Threat to America and Jihadists in Our Own Backyard.

The organisation is headed by Frank Gaffney, who is also its founder. Salon Magazine has previously dubbed Gaffney one of Washington’s “most outspoken critics of American Muslims”. He is known to have close relations with Washington insiders like Charles Fairbanks, former Deputy Assistant Secretary of State and Margaret Graham, a consultant at the Washington Institute for Near East Policy.

Despite controversy caused by the recent revelations, shares in Lockheed Martin hit an all-time high on Tuesday, a day before the Pentagon officially announced the company’s involvement in the $1.75 bn defence package. Meanwhile at Raytheon, share prices hit record highs on 19 September, as US forces continued to bomb sites in Iraq and put in place plans for extending the campaign to Syria on 23 September.

On the first night of those strikes in Syria, US forces dropped 47 Tomahawk missiles made by Raytheon, according to US Central Command. Each missile costs some $1.59 m.

Revenue at four leading US defence companies like Lockheed Martin, Raytheon, General Dynamics and Falls Church is down some 4 percent on 2011 levels. However, Bloomberg news reported last week that non-US sales at the four firms have climbed by 9 percent during that period.

Nicholas Gilby, author of “Deception in High Places: A History of Bribery in Britain’s Arms Trade” told MEE that, “there has been retrenchment in military spending in the US and Europe in recent years, and this means arms companies need to search for new markets.”

“Times of political tension often see increased arms sales,” and there are indications that many of those buying are in the Middle East. “The rise of IS may well prompt some Middle East states to buy more equipment from main suppliers like the US, the UK and France, particularly as the group has been able to capture some very modern weaponry from the Iraqi Army.”

Research by the Stockholm International Peace Research Institute in March 2014 showed that Saudi Arabia and the United Arab Emirates were among the world’s five biggest arms importers in 2012-2013. The vast amounts being spent by Saudi Arabia on arms have grabbed the attention of UK-based weapons companies. In their 2013 annual report, BAE Systems noted that “in Saudi Arabia, regional tensions continue to dictate that defence remains a high priority.” Saudi Arabia has spent some $6 bn buying arms from the UK since 2008, according to Campaign Against Arms Trade, making it the largest buyer of UK weapons.

Now it seems that Raytheon is among the US companies looking to expand their business in the regional powerhouse. A day after US officials made Raytheon’s stake in the new $1.75 bn contract public, it was announced that the company will be co-sponsoring Radar Symposium, an international defence and security conference to be held in Saudi Arabia in early December.

The conference’s opening address will be given by Saudi Arabian Chief of Staff, Abdulrahman Saleh Albunaian. Later in the summit, an unidentified official from Saudi Arabia’s Ministry of Interior will speak to delegates about border security.

According to the event’s website, the symposium will “look to meet the growing defence needs of Saudi Arabia.” The website goes on to note that, despite military spending cut-backs in Europe and North America, “spending in the Middle East…is expected to drive the military…market for the foreseeable future.”

Saudi Arabia’s participation in the anti-IS coalition, and now this large-scale new investment in US arms, looks likely to raise eyebrows among many. As the US began bombing IS sites in Syria on 23 September, concerns were raised that the campaign could ultimately aid the government of Syrian President Bashar al-Assad, which has been battling Saudi-funded rebels in the country since a 2011 uprising.

Saudi Arabia has long voiced fervent opposition to Assad’s government, and has been involved in funding rebel groups throughout the drawn-out conflict. Added to the ambiguous outcomes of the current bombing campaign are long-standing allegations that Saudi Arabia has been responsible for funding groups like IS in Syria, or at the very least not doing enough to prevent its citizens from funnelling funds.

Journalist and Middle East expert, Patrick Cockburn has highlighted the role of official Saudi funding in the struggle against Assad in Syria, especially since the summer of 2013, when “Saudi Arabia took over from Qatar as the main funder of the Syrian rebels.”

“At the same time”, Stephane Lacroix, assistant professor of Political Science at Sciences Po in Paris, told MEE, “there is private funding coming from Saudi Arabia, some of which certainly goes to al-Nusra Front and part of which goes to IS. This is channelled through private networks.” Lacroix, told MEE that many allege that the Saudi government has “turned a blind eye” to these funding channels.

Many analysts have pointed to this apparent contradiction which has seen Saudi Arabia join in the US-led airstrikes against groups like IS, al-Nusra Front and Ahrar al-Sham.

According to Lacroix, the decision to join the US-led campaign is particularly puzzling, since Saudi funding has been propping up the Islamic Front Coalition, of which Ahrar al-Sham is a member, since late 2013.

Lacroix explained that fear is the chief reason behind the seeming turnaround in Saudi policy towards IS and the Islamist rebel groups fighting Assad in Syria.

“I think the Saudis are scared. They are not taking IS lightly, because they are seeing this group developing quickly on their borders.”

He also pointed to indications that IS rhetoric could be attracting significant support within Saudi Arabia’s borders. Lacroix points to polls such as the one that spread like wildfire on social media in July, claiming to show that 92 percent of Saudis consulted viewed Islamic State as “compatible with the values of Islam and Sharia.”

“Of course this is to be taken with a pinch of salt, but it says something,” Lacroix added.

Asked why the ideology espoused by IS might be attractive to some within Saudi Arabia, Lacroix said that “there are certain elements in IS rhetoric that can clearly be identified with the Saudi worldview. The sectarian element, for example, and the fact that IS constantly talk about the Shiite threat, resonates with the worldview of many Saudis. The broader discourse that IS presents includes this sectarian element, an anti-Sufi element and a purity-oriented sentiment: all of these are shared in the Saudi discourse. So, of course, it is likely that some Saudis would agree with some of these elements.”

It is not just fear of support for IS that is driving Saudi participation in the coalition, though.

“I think it is part of this new discourse that the Saudi government has been using. They deliberately confuse the Muslim Brotherhood and IS, portraying all Islamist groups as a major threat that has to be combatted. It is striking how we are now hearing exactly the same discourse in Riyadh and Cairo.”

Though the anti-IS campaign will be a lengthy fight that could ultimately aid Saudi Arabia's arch rivals, like Iran and Syria’s President Assad, Lacroix adds that Saudi’s participation in the bombing is “a question of priorities in the end.” Islamic State
In US war on IS, what would victory look like? 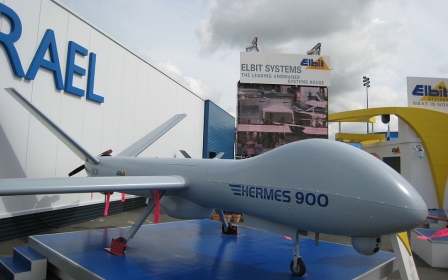 Road To Peace
Investigation: Why Europe won't impose an arms embargo on Israel