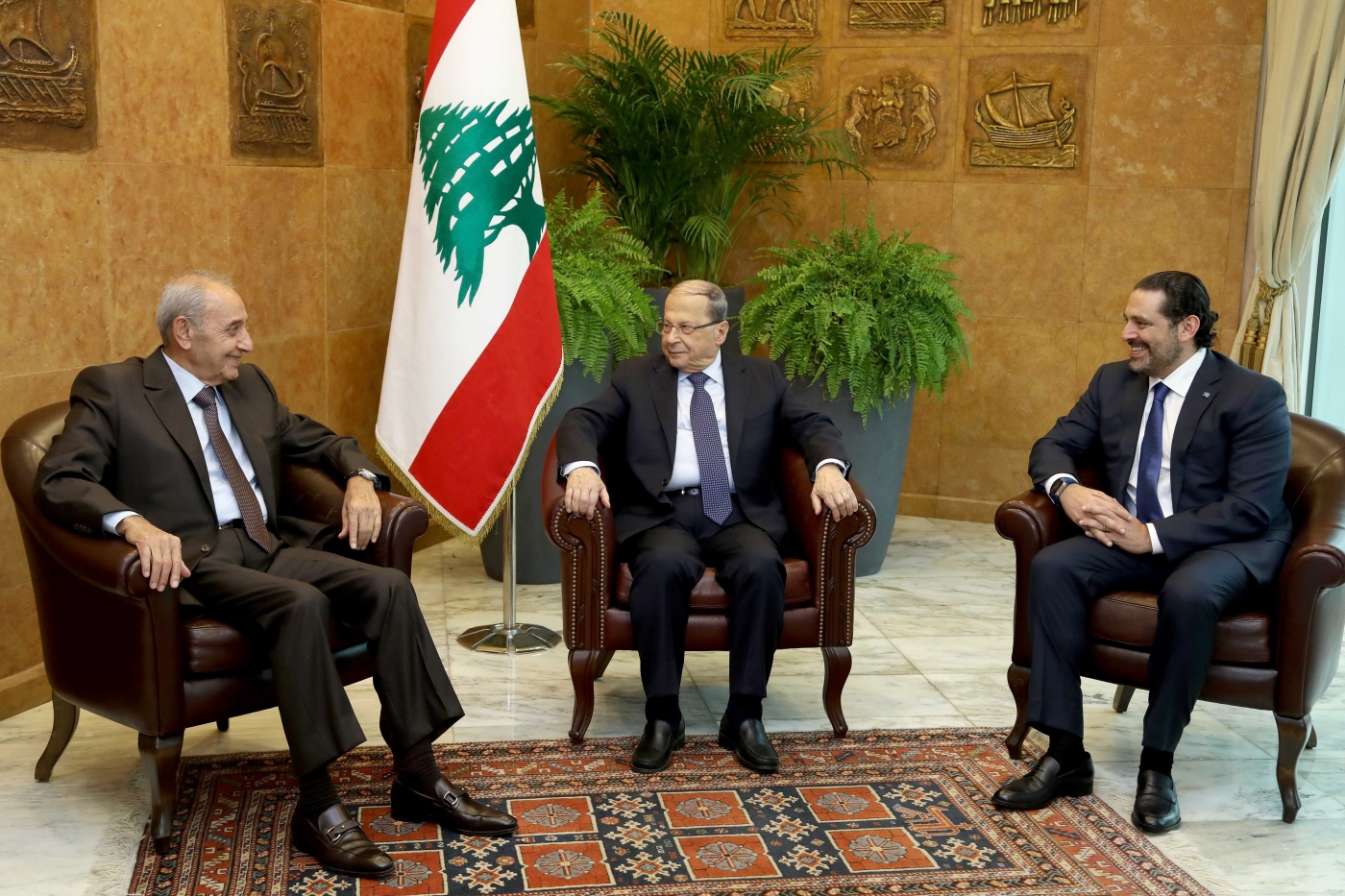 Lebanese officials declared a state of economic emergency on Monday, vowing to speed up public finance reforms in an acknowledgement of the financial situation afflicting the country.

"This difficult economic situation requires us taking speedy measures such as finishing the budget on time and reducing the deficit," Prime Minister Saad Hariri told reporters after a four-hour meeting called by Michel Aoun, Lebanon's president, to discuss the country’s economic crisis.

The meeting, attended by parliament speaker Nabih Berri, cabinet ministers, lawmakers and leaders of political parties, ended with an agreement on the outline of a plan to steer Lebanon in a more sustainable direction.

Leaders of the Mediterranean nation agreed not to remove the Lebanese pound's US dollar peg, which stands at LL1,507 to the dollar.

Government finances, plagued by corruption and waste, are strained by a bloated public sector, debt-servicing costs and subsidising the state power producer.

Hariri said the government would hold more meetings to accelerate the work.

The prime minister added that the suggested course of action include committing to this year’s budget, which incorporated a state hiring freeze and put an end to state units that weighed heavily on the treasury, along with public offerings in state-owned enterprises.

Standing at 150 percent of GDP, Lebanon labours under one of the heaviest public debts in the world and has been suffering low economic growth for years.

But Hariri said the implementation of reforms would avoid a crisis similar to Greece, which adopted aggressive austerity measures in 2008 with the intention of dealing with a debt crisis.

"We don't want this to happen to us. So we are taking measures to save the country,” the prime minister said.

The idea of raising taxes is often put forward but would be highly unpopular with the Lebanese people, many of whom are already struggling.

When asked whether his government would raise taxes, Hariri answered only that the cabinet would consider any way to boost revenues, as long as they were not a burden on the country.

The government sought to prevent the budget deficit from exceeding 5 percent of GDP by the end of a three-year fiscal plan that would end in 2022, he added.

The meeting came days after Fitch, the credit rating agency, downgraded Lebanon’s credit rating to CCC from B-, a move it said reflected "intensifying pressure on Lebanon's financing model and increasing risks to the government's debt servicing capacity."