Lebanese soldiers at a petrol station in the capital, Beirut, on 14 August 2021, after troops were deployed to force several stations to reopen their pumps (AFP)
By
MEE and agencies

A fuel-laden tanker has departed Iranian waters bound for Lebanon, as the country continues to grapple with a mounting economic and energy crisis.

Oil monitor TankerTrackers.com said that one of two oil tankers had left Iranian waters on Thursday, while the other was due to depart on Friday morning.

"The tanker that is laden with fuel for the power grid has departed today while the other one that is loading gasoline is anticipated to depart first thing tomorrow," tweeted the monitor on Thursday, but later said the second one will likely depart on Saturday.

It added that the first tanker left port last week, but had only left Iranian waters on Thursday, due to a "very long coastline" and "departure protocols".

Though it is still unclear if the tanker will reach Lebanon - as this would mean violating US sanctions on Iran - the departure fulfils a promise made by Hezbollah leader Hassan Nasrallah that the Islamic Republic would be supporting Lebanon with fuel.

On Sunday, in a televised address, Nasrallah promised that deliveries of Iranian fuel would arrive "in the days to come", to help solve the beleaguered country's dire shortages. Nasrallah also dismissed as "illusions" a reported US-backed initiative to ease Lebanon's energy crisis.

On Sunday alone, fuel prices soared by up to 70 percent after yet another subsidy cut, piling more pressure on people struggling to make ends meet.

The cost of hydrocarbons in Lebanon has now roughly tripled in the two months since the central bank started cutting its support for imports. The latest cut, which is expected to cause knock-on price hikes on other key commodities, adds to the Mediterranean country's economic crisis, one of the world's worst since the 1850s. Fuel shortages have forced businesses and government offices to close, even threatening blackouts at hospitals.

Hezbollah, a close ally of Iran but designated as a terrorist group by much of the West, is a major political force in Lebanon, but its leaders are under US sanctions.

"We will continue this process as long as Lebanon needs it," Nasrallah said. "The aim is to help all Lebanese, [not just] Hezbollah supporters or the Shiites."

Questions remain over whether Iranian shipments of fuel could reach their destination. Since February, Iran and its arch-enemy Israel have been engaged in a "shadow war" in which vessels linked to each nation have come under attack in waters around the Gulf, in tit-for-tat exchanges.

The Lebanese presidency, in an apparent response to Nasrallah's claim on Thursday, later quoted the American ambassador, Dorothy Shea, as saying efforts were under way with Egypt and Jordan to ease Lebanon's energy problems. Nasrallah said on Sunday: "Welcome to Egyptian gas, welcome to Jordanian electricity – and welcome to any effort that means we will have electricity in Lebanon." He dismissed Shea's reported involvement in the initiative as "promises, illusions… But if these promises materialise, not a problem. We don't mind. On the contrary," Nasrallah said. 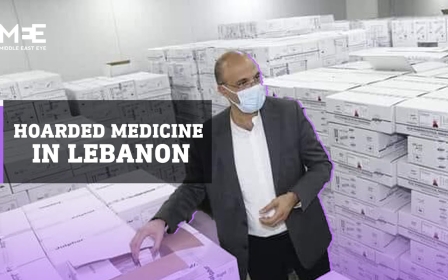