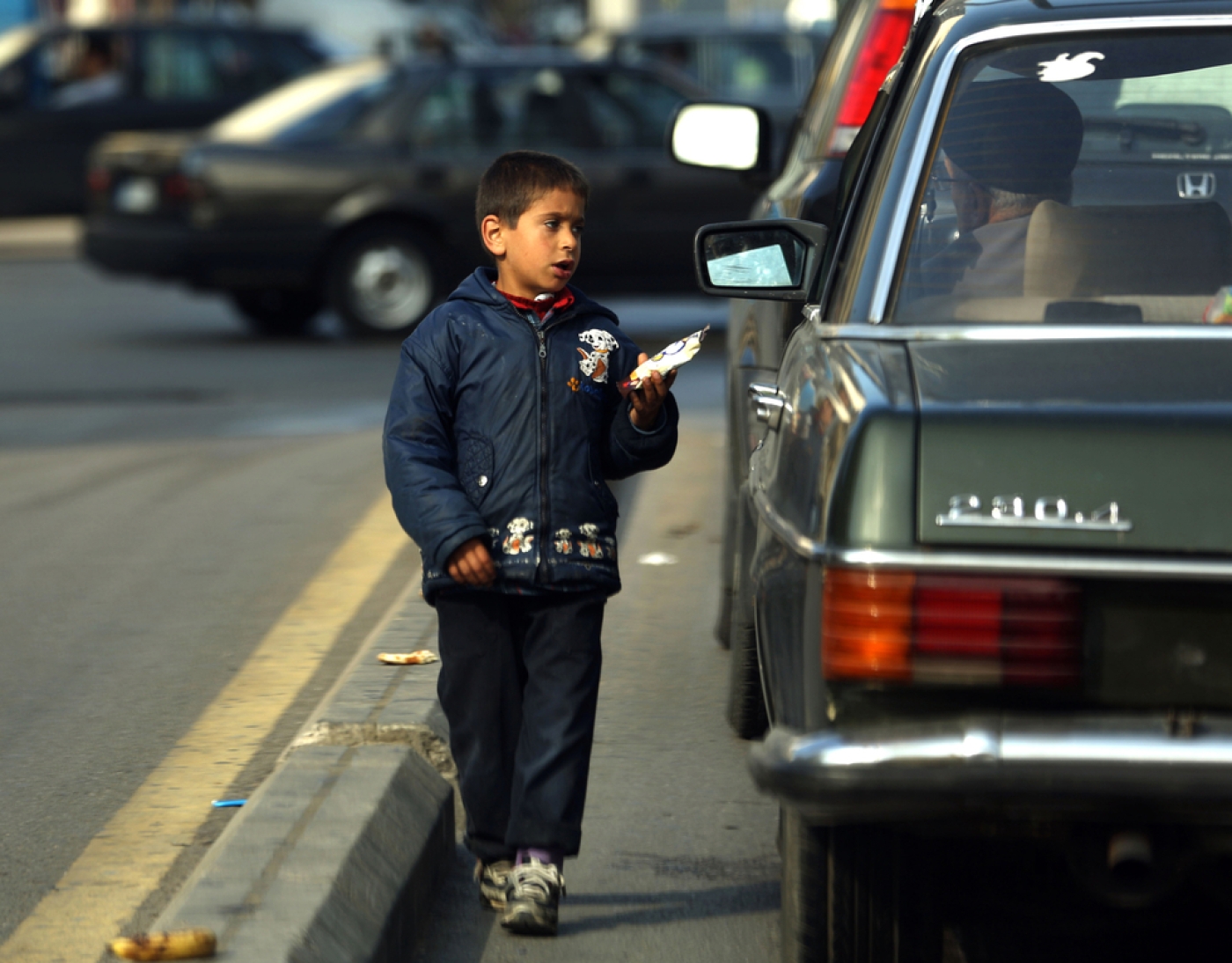 BEIRUT - Beneath a motorway overpass near Beirut’s Mohammad al-Amin Mosque, a group of 12 Syrian men, aged between 18 and 50, sit in the mid-morning sun.

The majority are from Khsham, a town near Deir Ezzor, the largest city in eastern Syria. Due to war at home, most of the group travelled to Beirut in the last year. But regular work has proved difficult to find.

“Sometimes I get work for three days, $30 a day,” says Baha, a 24-year-old with thick, dark hair and an inquisitive grin, explaining that the majority of his family remain in Deir Ezzor province.

“But sometimes it will only be four hours work and that’s it. I haven’t worked in three days. I don't know how I will pay rent.”

At numerous junctions around central Beirut and other areas of the Lebanese capital, it is common to see groups of Syrian labourers congregating beside the road in search of work. Mini-vans, operated by Lebanese middle men, regularly pass by such junctions, relaying the day’s opportunities and offering transit to various construction sites around the city.

Most Syrians are forced to look for work in the informal sector due to restrictions against their access to mainstream job markets.

Increasing access to legal employment for Syrian refugees in Lebanon, Jordan and Turkey is set to be a key issue at the Syria donor conference in London on Thursday.

Humanitarian organisations including UNHCR, International Relief Committee and Amnesty International have all highlighted that working in the informal sector, where labour rights are few, exposes Syrian refugees to heightened risk of abuse and exploitation.

But calls on Lebanon, Jordan and Turkey to open up their domestic labour markets are also motivated by a desire to prevent further movement to Europe, and alleviate the burden on humanitarian groups facing huge budget deficits as a result of wars in Syria, Iraq and Yemen.

However, Lebanon, which has taken in more than a million Syrian refugees, appears unwilling to comply. It cites spikes in domestic unemployment since the start of Syria’s civil war, while pointing to the seeming self-interest of European powers advocating the opening of regional job markets in order to prevent further emigration into Europe.

According to the International Labour Organisation, as a result of the Syrian refugee crisis in Lebanon, by 2015 an estimated 170,000 Lebanese had fallen into poverty, with unemployment doubling to about 20 percent and accumulated economic losses reaching $7.5bn.

Lebanon’s Social Affairs Minister Rashid Derbas has described opening up the country’s job market to Syrian refugees as neither “possible” or “appropriate”.

The country already has a Palestinian population of 450,000, whose access to the formal job market is also highly restricted.

In January 2015, Lebanon introduced new criteria for Syrians applying for and renewing residency permits in an attempt to reduce the influx of Syrian refugees into the country.

According to these regulations, Syrians registered with UNHCR must sign notarised pledges not to work in Lebanon. Some Syrians have also recorded being asked to sign documents promising to return to Syria when their permit expires or when requested by the government.

Such alterations have increased the vulnerability of Syrians in Lebanon - leading to an increased reliance on employment in the informal sector, heightened poverty, and increased emigration to Europe.

“When I do find work sometimes I get paid late. Who am I going to complain to, the authorities?” asks Baha.

“Many people don’t have residency permits and fear if they complain they will be sent back to Syria. Plus, there are so many people seeking work if you complain [to your employer] they can easily find someone else.”

In the last year, aid shortfalls have led to increased efforts in the humanitarian sector to find innovative approaches to tackle the Syrian refugee crisis.

In addition to an increased emphasis on opening up the job market to refugees, last year aid agencies also shifted the emphasis of their assistance from largely humanitarian relief initiatives to funding development programmes such as building schools, hospitals and water networks in overburdened host countries.

While such measures are intended, in part, to alleviate pressure on host countries, in Lebanon they have raised concern about the permanent settlement of Syrian refugees in the country.

Shortly before the departure of Lebanon’s delegation to the donor conference in London, Gebran Bassil, Lebanon’s foreign minister, said his country must be “very cautious not to tolerate the passing of new statements” that would encourage Syrians to remain in Lebanon permanently.

Although Bassil has proposed a project allowing a limited number of refugees access to short-term contracts in building and farming, he has also previously called for the establishment of safe zones inside Syria as an alternative solution to the refugee crisis.

Jocelyn Knight, a protection co-ordinator with the IRC in Lebanon, notes that by failing to open up domestic labour markets for Syrian refugees, the Lebanese state increases the likelihood that young and particularly single, male refugees will return to Syria to fight in order to make a living, or seek alternative economic opportunities in Europe.

According to a recent Red Cross assessment, young, and single men, often overlooked in aid programmes, are particularly vulnerable to abuse and exploitation in their search for a living in Lebanon’s informal employment sector.

“There is an assumption that particularly unmarried men are less vulnerable, but we found that the same strategies that people assume are helping men are actually causing other specific risks and vulnerabilities that we don't have great solutions for,” says Knight.

This year organisers of the donor conference are set to ask for $9bn for 2016 in the wake of the migration of hundreds of thousands of Syrians to Europe. But Lebanon’s Prime Minister Tammam Salam, who heads the Lebanese delegation, has said Lebanon alone requires $11bn.

Baha, who says his brother was recently killed in a Syrian government air strike on Khsham, is not optimistic the donor conference will lead to an improvement in his employment opportunities in Lebanon, or his access to assistance.

“There are others, women with children but no husbands because of war, families that need help more than me,” relays Baha. “I am not optimistic. Honestly, I don't feel welcome here or in Europe.” Syria War
US sees Assad staying in power until at least March 2017: Report