Six Syrians face imminent deportation to their home country where they risk arrest and torture, according to rights groups 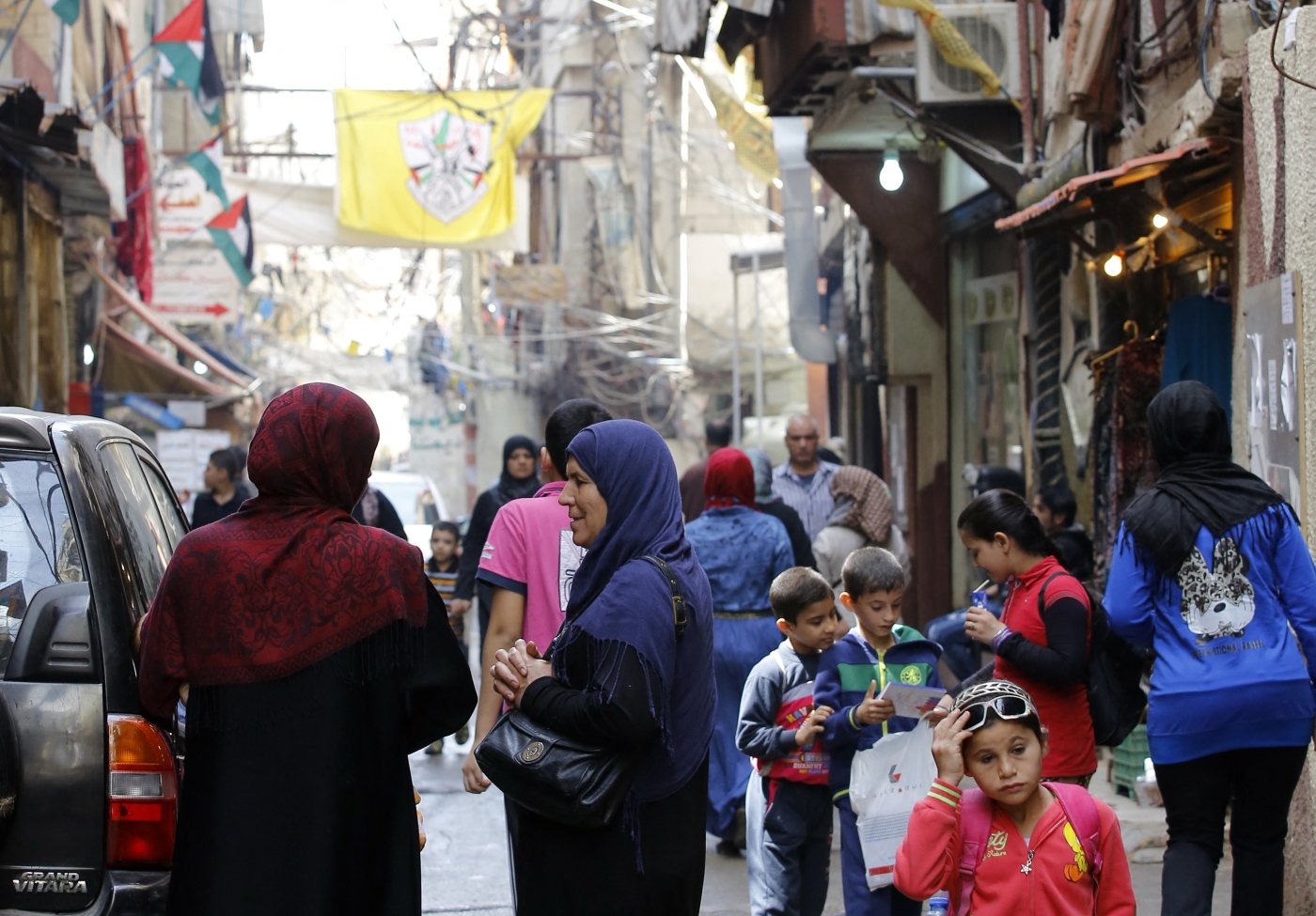 Syrians walk along the narrow streets of the Shatila Palestinian refugee camp on the southern outskirts of the Lebanese capital, Beirut (AFP)
By
Kareem Chehayeb
, Harun al-Aswad

A group of Syrians detained in Lebanon face deportation to their homeland on Wednesday if they are unable to secure travel to a third country, provoking outcry from human rights organisations.

Five of the six men - who were detained last month after entering Lebanon from Syria - are from the besieged Daraa province, where government forces and a local negotiating committee reached a fragile ceasefire on Monday.

'The embassy staff requested the presence of the parents, sisters or brothers, to receive the passports. My parents and the rest of my brothers in Syria cannot enter Lebanon because they do not have a passport, and they cannot obtain it within days'

Rights organisations have warned, however, that Syrians returned from abroad into government-controlled areas risked "gross violations" including arbitrary arrest and torture.

The lawyer for the six men was given the ultimatum over the weekend. According to relatives (who wished to remain anonymous) however, their passports are currently at the embassy, and none of their relatives are in Lebanon to collect them.

“Lawyers have tried twice during the past two days to receive passports from the Syrian embassy in Beirut, but the embassy staff refused,” the brother of one of the detainees stationed in Jordan told MEE on WhatsApp.

He sent MEE a copy of a power of attorney between lawyers and detainees and said that it was supposed to allow the lawyers to run all the detainees' affairs, including receiving passports.

"The embassy staff requested the presence of the parents, sisters or brothers, to receive the passports. My parents and the rest of my brothers in Syria cannot enter Lebanon because they do not have a passport, and they cannot obtain it within days," he explained.

The Lebanese army announced the arrest of six Syrian nationals reportedly entering the country illegally late last month. The statement came several days after news first surfaced that five Syrians from war-torn Daraa province were arrested in the vicinity of the Syrian embassy in Lebanon.

The Syrian government forces have besieged the city of Daraa since late June, which escalated tensions throughout the province and displaced thousands of civilians. On Monday, some rebels began handing over their weapons to the government in the hope of ending the siege and hastening the return of the displaced.

“We are completely unable to do anything, the situation is very dangerous, and urgent measures must be taken to rescue them after all promises not to return them to Syria have evaporated,” said a second relative of one of the detainees.

"On Sunday, we received news from lawyers that they will be returned to Syria within 24 hours if their travel to a third country is not secured, and the next day the deadline was extended until tomorrow. The decision to return them must be stopped in any way.

"The Lebanese authorities understand that no one can get an exit visa without a passport and realise that no one can secure a visa in a matter of days, and they must be more responsible and humane."

Lebanon’s security agencies did not respond to MEE’s request for comment on the ultimatum.

'Returnees are at risk'

A new report from Amnesty International documents the arrests and torture of 66 Syrian refugees who returned home, at the hands of the authorities.

Five died in custody, and the whereabouts of 17 who disappeared is still unknown. 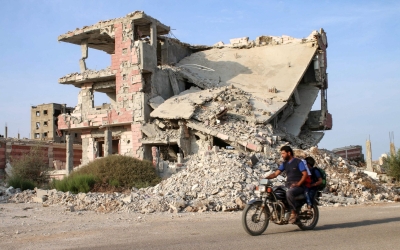 “Returnees are at risk,” Lynn Maalouf, regional deputy director at Amnesty International told MEE. “Our findings show that the Lebanese authorities should not deport anyone to Syria, as they would be at risk of these gross violations in any part of the country.

“These refugees have often been accused by intelligence officers of being traitors for leaving the country. So in the case of the men from Daraa, they would be at a heightened risk.”

The Syrians entered Lebanon on 18 August, hoping to renew their passports at the embassy before relocating to a third country.

Syrian Ambassador to Lebanon Ali Abdul Karim denied that they were arrested at the embassy, but admitted that Lebanese authorities have arrested Syrians nearby due to “security matters”.

More recently, thousands of Syrians have been trying to obtain a passport inside and outside the country, and then make their way to Libya by air with an official passport and visa.

From there, asylum seekers attempt to cross the sea to Europe. Although some have arrived on this perilous route, others went missing at sea, and Libyan authorities detained others in refugee camps.

There are a little over 850,000 Syrian refugees in Lebanon registered with the United Nations, though the total number of Syrians in the country is about 1.5 million.

Around half a million people have been killed by the Syrian conflict, including thousands of people held in Syrian intelligence prisons as a result of brutal torture, amid the failure to reach a comprehensive solution to end 10 years of war

With the Syrian government's recapture of the south and centre of the country, and the fighting calming to some extent, the Lebanese government has repeatedly called for Syrian refugees to return, but human rights organisations say the conditions are not right.

'If they are returned to Syria, the Syrian regime will arrest them immediately, and they will disappear in prisons and be tortured to death'

“If they haven’t experienced direct human rights abuse or persecution - they struggle to survive,” Hardman told MEE, who has been speaking to Syrian refugee families and returnees.

“People talk to me about having an hour of electricity per week, bread queues for low quality bread, a rate of inflation that is just unimaginable, and not being able to access services such as hospitals, schools, and transportation.”

Under these circumstances, Hardman says the Lebanese authorities returning the Syrians to Deraa would be “shocking”.

The brother of one of the detainees told MEE that there was no chance for his relative if he were to be returned to their country.

"If they are returned to Syria, the Syrian regime will arrest them immediately, and they will disappear in prisons and be tortured to death," he said.

"We appeal to international organisations and Lebanese officials not to return them to Syria, and we appeal to anyone who can help by giving them an exit visa to any Arab or foreign country, to help us." 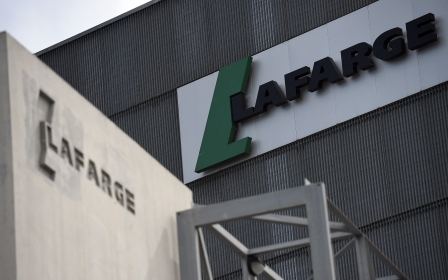 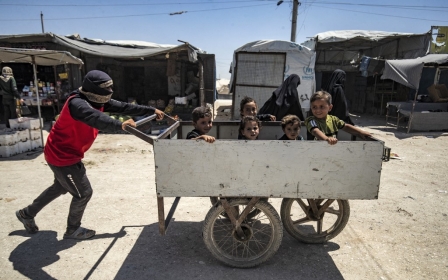