Blankets, including those for baby, lay on rocks near where bodies were found The Libyan Red Crescent said the bodies of four children aged between five and 10 had washed ashore west of the capital Tripoli on Wednesday after a migrant boat sank, the latest in a series of disasters people trying to reach Europe have faced after embarking from the North African country.

"We were informed [Wednesday] of a boat that was sinking on the high sea with 30 people on board" in the Zawiya area, the Red Crescent's Hassan Mokhtar al-Bey told AFP.

He said rescue workers discovered three of the bodies near Zawiya, about 45km from Tripoli, and the fourth a few kilometres farther west.

The fate of the other passengers, their nationalities and point of departure, were as of yet unknown.

War-torn Libya has become a key embarkation point for people, mostly from sub-Saharan Africa, attempting death-defying voyages to Europe to flee conflict and poverty at home.

Blankets, including those for a baby, lay along the shore on rocks near where the bodies were found, according to an AFP correspondent.

Bey said his team expected to find more corpses, adding that those of the children had been taken to the Zawiya morgue. 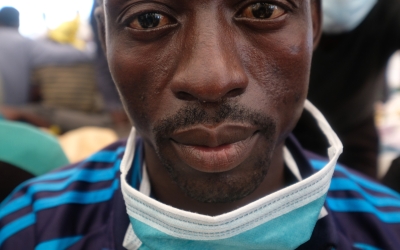 Last month, a devastating shipwreck claimed the lives of at least 74 migrants off the coast of Khums in Libya - 75 miles east Tripoli.

The boat was reported to be carrying more than 120 people, among them women and children, according to the International Organisation of Migration (IOM).

"The mounting loss of life in the Mediterranean is a manifestation of the inability of states to take decisive action, to redeploy much needed, dedication search-and-rescue capacity, in the deadliest sea-crossing in the world," Federico Soda, IOM's chief of mission in Libya, said in November.

There have been at least nine other shipwrecks in the central Mediterranean since 1 October. On 29 October at least 140 people were killed after their boat capsized off the Senegalese coast.

The IOM estimates there are at least 574,146 people it defines as migrants currently present in Libya, mainly from neighbouring Niger, Egypt, Chad and Sudan.

The Missing Migrants Project estimates there have been 1,054 deaths of migrants in the Mediterranean Sea this year. 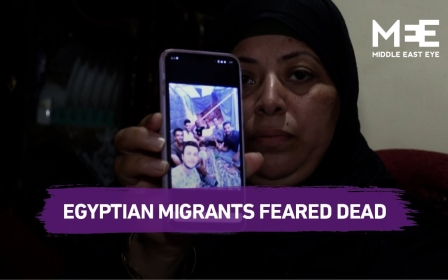