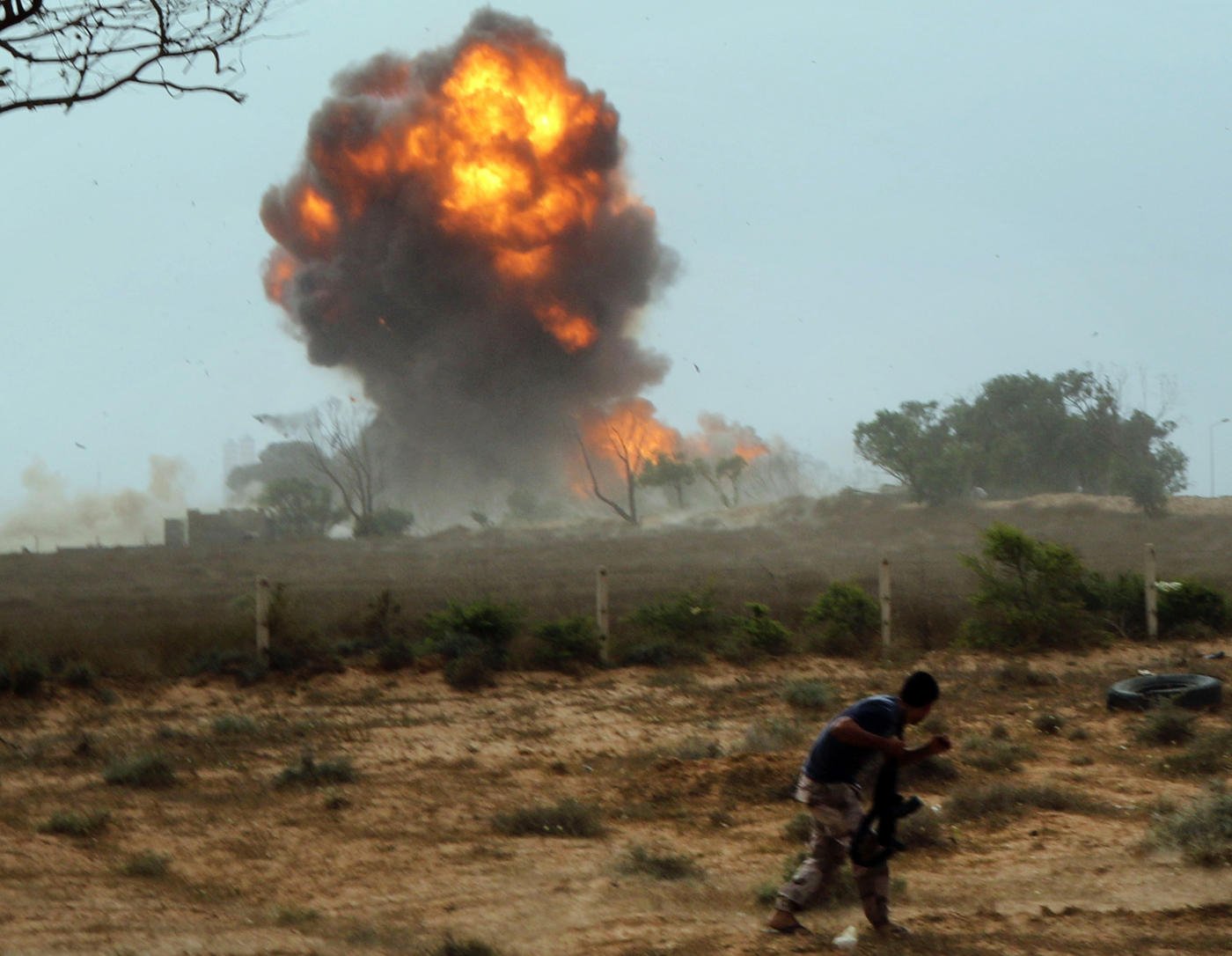 Libyan pro-government forces on Sunday pressed an offensive against Islamic State (IS) group holdouts in Sirte, pounding the militants with heavy artillery after a two-week pause in fighting, their media office said.

Forces loyal to the Tripoli-based Government of National Accord (GNA) also killed suicide bombers before the militants could detonate two vehicles, they said on their Facebook page.

"Our forces are using heavy artillery to target the positions where Daesh (IS) holdouts are cowering," they said in a statement.

US air strikes and helicopter raids along with small teams of Western special forces have helped the Libyan troops advance in Sirte and losing the city would be a major blow for the militant group depriving it of its North African stronghold, Reuters said.

The loyalist forces said the two booby-trapped vehicles were blown up in District Three, the last area to which the militants have pulled back.

Reda Issa, a spokesman for the loyalist forces, said field commanders held several meetings before deciding to resume the offensive after a two-week lull.

"Progress is now being achieved and our forces are clashing with Daesh fighters," he told AFP.

The pro-GNA forces said later on Sunday that several buildings were seized in fierce clashes, including a school transformed by IS into a workshop for assembling car bombs and a field hospital.

Three members of the loyalist forces were killed in the day's fighting, medics said at a field hospital on the outskirts of Sirte.

Earlier this month, Issa had said the violence had eased as pro-government forces mulled ways "to minimise the casualties caused by IS suicide attacks".

Suicide bombings and sniper fire from the cornered militants have slowed the offensive loyalist forces launched in May to retake Sirte, the coastal home town of dead dictator Muammar Gaddafi.

More than 450 members of the loyalist forces have been killed and about 2,500 wounded since the operation began.

The number of casualties has overwhelmed doctors at the Sirte field hospital, who are the first to treat the wounded, and also at Misrata hospital, the only one in the region.

Pro-government forces have said the situation at the central hospital in Misrata, located half-way between Sirte and Tripoli, is having a direct impact on the offensive and delaying the final push to retake Sirte.

Italy has said it will set up a military field hospital in Misrata, following a request from the GNA, to treat the wounded.

"We are planning to deploy around 300 people, 65 doctors and nurses, 135 logistics staff and 100 for the protection of the hospital," Defence Minister Roberta Pinotti told the parliamentary defence and foreign affairs committee in Rome last week.

Issa confirmed that work on the Italian field hospital was underway.

IS captured Sirte in June last year, sparking fears that they would use the Mediterranean city as a springboard for attacks on Europe.

The Italian island of Lampedusa is just 300km from Libyan shores.