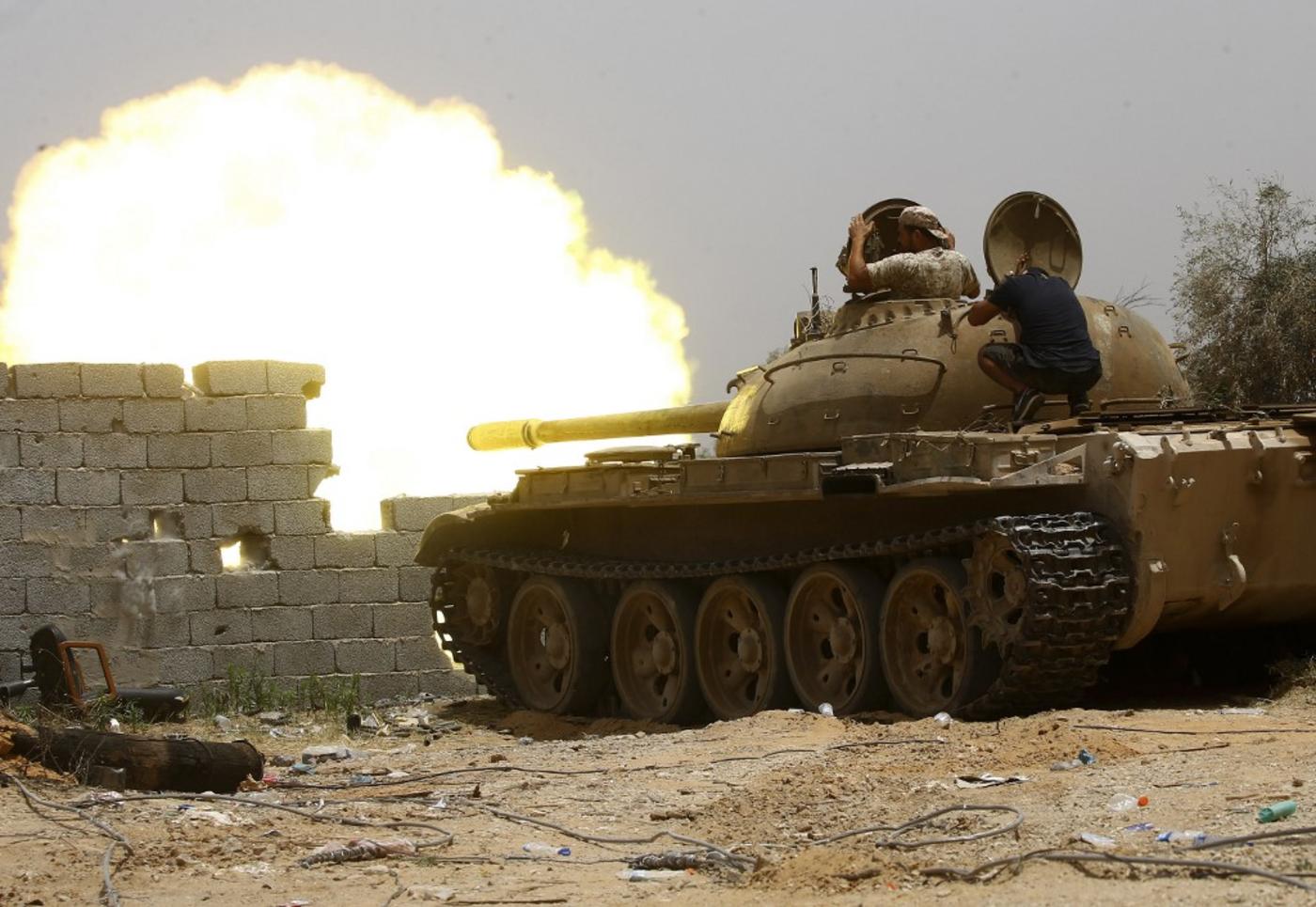 Fighting around Tripoli began in early April, when Haftar began offensive against Libya's government (AFP)
By
MEE and agencies

Gharyan is the main forward base for Haftar’s eastern-based Libya National Army (LNA), which has been fighting to take control of the capital Tripoli.

"Gharyan is under our total control," Mustafa al-Mejii, spokesman for forces loyal to the Government of National Accord (GNA), told the AFP news agency on Wednesday. Dozens of LNA rebels were killed and at least 18 were taken prisoner, he added.

A spokesman for Haftar's forces accused "sleeper cells" of allowing GNA forces to enter part of Gharyan, located 100km southwest of Tripoli, without admitting the loss of the town.

He said the fighting was ongoing and that the situation was under control, AFP reported.

Mejii hailed what he described as a "significant victory" and said he expected Haftar's forces to "collapse".

Fighting around Tripoli began in early April, when Haftar started an offensive against the GNA.

While GNA forces on the outskirts of the capital have slowed Haftar's advance, at least 739 people have been killed and more than 4,400 wounded since the fighting began, according to the World Health Organisation.

Libya has been mired in chaos since a NATO-backed uprising that toppled and killed longtime leader Muammar Gaddafi in 2011, with a multitude of militias vying for control of the oil-rich country.

Haftar, who had taken part in the revolt against Gaddafi, has said he wants to "purge" Libya of what he branded as "terrorists".

He has seized much of the country's east from various militias and is backed by several countries, including the United Arab Emirates and Egypt.

After a rapid advance from the east and south of the country, Haftar took Gharyan on 2 April, and two days later launched the offensive on Tripoli.

But Haftar forces have been halted on the southern outskirts of the capital by fighters who back the GNA.

In April, after US President Donald Trump spoke on the phone with Haftar, the White House said in a statement that Trump "recognised Field Marshall Haftar's significant role in fighting terrorism and securing Libya's oil resources".