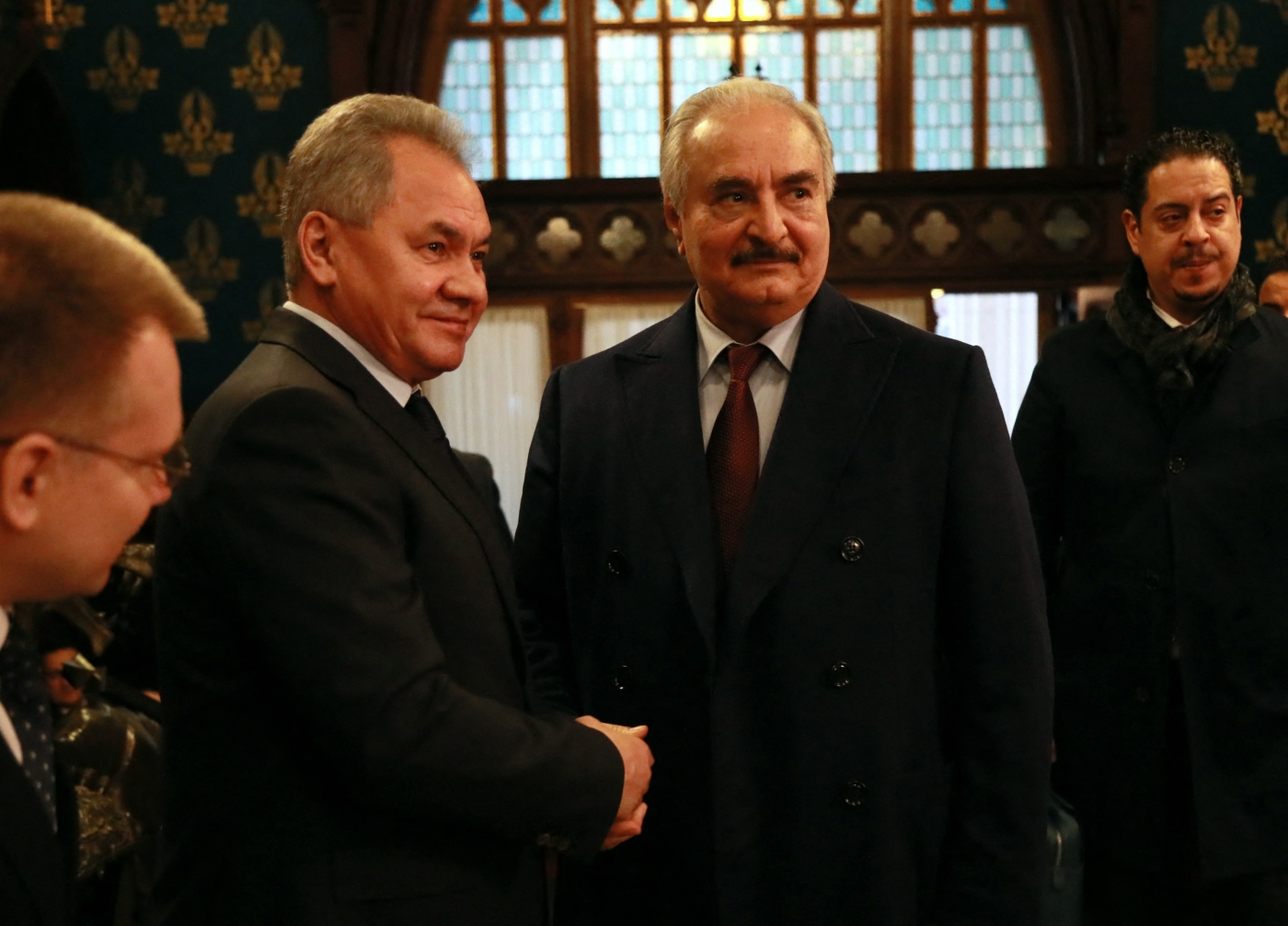 New details have emerged about the role in Libya of the Russian mercenary group Wagner and what appears to be its high-level state support.

Leaked documents and a cracked, white Samsung tablet left on the battlefield in spring 2020 by a Wagner contractor also reveal the inner workings of the shady contracting group, including its recruitment and training practices, according to a BBC investigation out on Wednesday.

The tablet held information about troop movements, with reconnaissance drone footage, maps of the front lines, and codenames of certain Wagner fighters.

Combatants from the group were sent to Libya to prop up eastern commander Khalifa Haftar’s Libyan National Army (LNA) as it struggled to seize Tripoli from the UN-recognised Government of National Accord (GNA) in 2019.

It was previously understood that Wagner combatants had allowed the LNA's battalions to take the lead on the more difficult and dangerous frontline, but the BBC investigation reveals details about Wagner’s active role in the fighting.

At any one time, up to 1,000 mercenaries from the secretive group were on the ground in Libya during the fighting from September 2019 to July 2020, according to a former Wagner combattant who spoke to the BBC.

Moscow has largely hedged its bets in Libya, eager to secure both the $4bn worth of construction and arms deals it signed under deposed dictator Muammar Gaddafi and a foothold in the Mediterranean. As a result, in recent years it has kept lines open with Haftar, the UN-recognised Government of National Accord (GNA), and even Saif al-Islam, Gaddafi’s son.

Yet its support for Haftar has grown over time. A 2016 visit by Haftar to a Russian warship was followed by economic and logistical aid, and eventually, a deployment of 300 Wagner fighters in March 2019, a month before the LNA's assault on Tripoli was launched.

A map on the tablet appeared to show Wagner positions on the front line during the 14-month long Tripoli offensive, in early 2020, to the south of the Libyan capital.

The BBC spoke to Libyans who said they witnessed Wagner mercenaries carrying out abuses. One GNA fighter told the BBC how his unit was overrun by better-equipped Russian fighters, who shot one of his soldiers as he attempted to surrender. Four more of his men are missing.

The deaths are being investigated as a possible war crime.

In September, Middle East Eye (MEE) also reported from Libya on Wagner abuses. The accounts told to the BBC matched many heard by MEE, including Wagner positions south of Tripoli in villages such as Esbia. 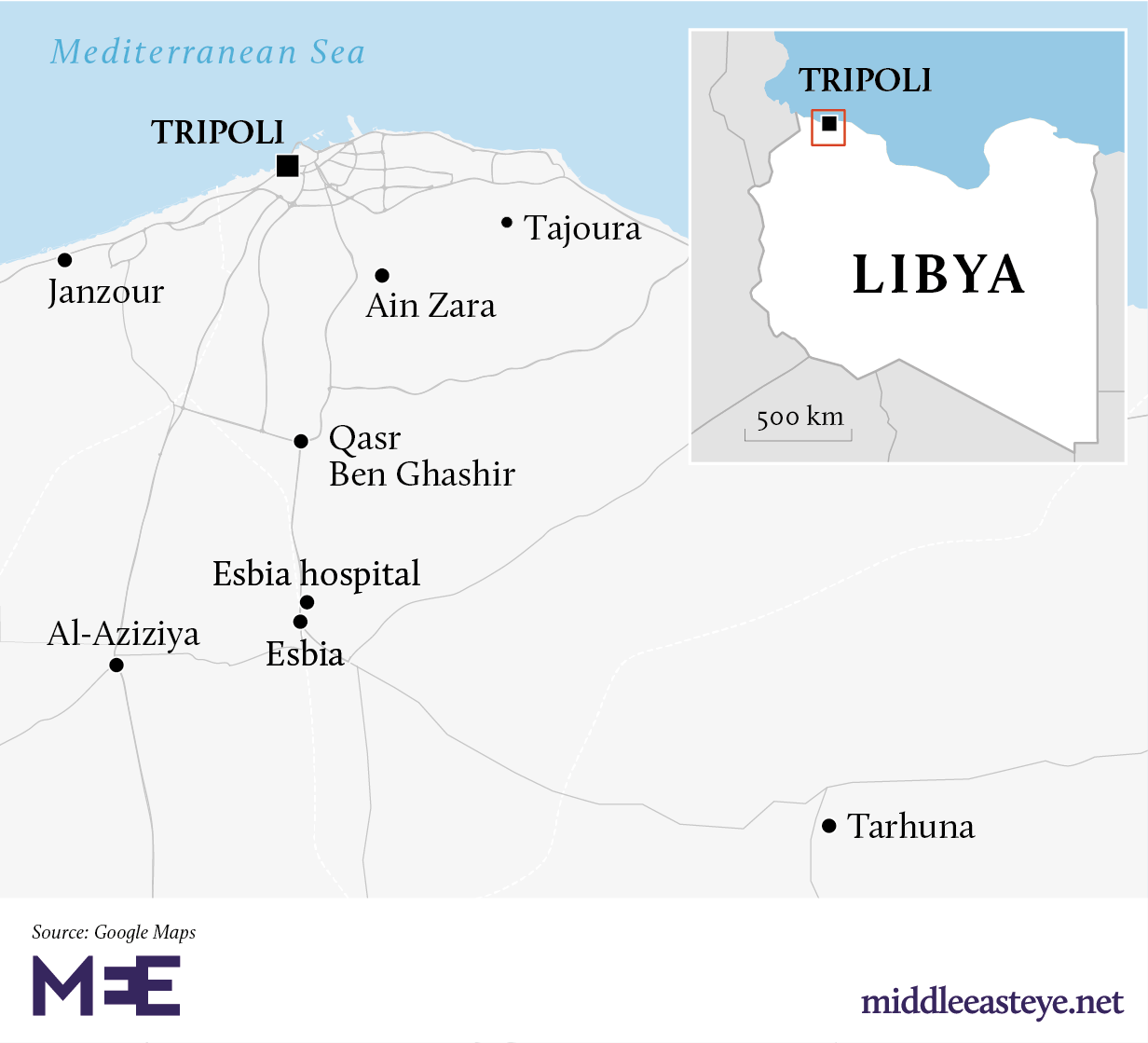 The BBC names Wagner fighters suspected of abuses. One is Vladimir Andanov, who may also have been involved in extrajudicial killings in eastern Ukraine.

Another Wagner fighter in Libya is named as Fedor Metelkin from the North Caucusus.

Speaking to the BBC, a former Wagner fighter said that the combatants are trained near a Russian army base in southern Russia and sent abroad knowing their bodies may not be repatriated if they are killed.

They routinely kill prisoners, he added. “No one wants an extra mouth to feed.”

Wagner may have killed around a dozen civilians during the Tripoli offensive, according to the BBC.

Last December, MEE detailed the different mines likely laid by Wagner in civilian areas. At the time, more than 70 civilians, including children, had been killed by blasts.

Tripoli was left strewn with mines and booby traps. 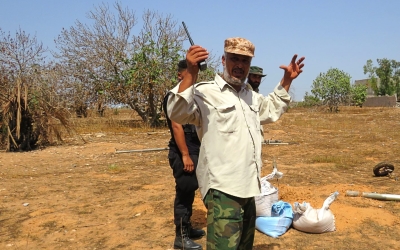 The United States' Africa Command (AFRICOM) said in July 2020 that it had clear evidence that Wagner planted landmines and improvised explosive devices (IEDs) in and around Tripoli. “The Wagner Group’s irresponsible tactics are prolonging conflict and are responsible for the needless suffering and the deaths of innocent civilians,” said Major-General Bradford Gering, its director of operations. “Russia has the power to stop them, just not the will.”

A list of weapons in a separate document seen by the BBC shows that the mercenaries had access to equipment currently being used by the Russian military, according to the report, suggesting they had a large budget and access to the latest “sensitive, if not secret” technology.

Wagner mercenaries had access to tanks, mortars, and drones, according to the document.

“It appears that Wagner are little more than an unofficial element of the Russian military,” said security advisor Chris Cobb-Smith.

In January 2020, Vladimir Putin said, “if there are Russian citizens [fighting in Libya], they are not representing the interests of the Russian state, and aren’t receiving money from the Russian state.”

A second document the BBC obtained links Wagner to Evro Polis, a Russian company with reported links to businessman Yevgeny Prigozhin, nicknamed “Putin’s chef”, who is believed to own Wagner, though he denies all links to the company.

The initials of Dmitry Utkin, the reported founder and commander of Wagner, are found elsewhere in the document. Utkin was previously known as “Wagner” because of a fascination with the Nazis and their favoured composer, Richard Wagner.

Wagner fighters have also fought in eastern Ukraine, Belarus, Chad, the Central African Republic, and Syria, where a family has launched a legal case to push Russia to investigate the gruesome murder in 2017 of a man tortured and beheaded by men speaking in Russian. 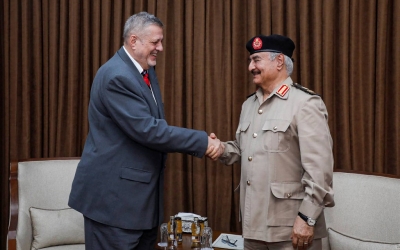 Libya has endured years of chaos since a Nato-backed uprising toppled and killed longtime leader Muammar Gaddafi in 2011.

Fighting between rival militias and competing administrations - including a failed offensive by Haftar and his forces to capture the country's capital Tripoli -  came to a halt last summer, and a formal ceasefire went into effect in October. This was followed in March by the establishment of a new unity government led by interim Prime Minister Abdul Hamid Dbeibah.

The interim government will oversee the country until the upcoming elections that are currently slated for 24 December. However, the elections have faced setbacks as delegates for the Forum for Libya’s Political Dialogue (LPDF) were recently unable to agree on the legal framework needed to organise the vote.

While the unification of Libyan institutions and the government should have put an end to the divisions in practice, forces loyal to Haftar still have effective control over eastern Libya - including lucrative oil fields.

Haftar said on Monday that his forces will “not submit” to any state authority. 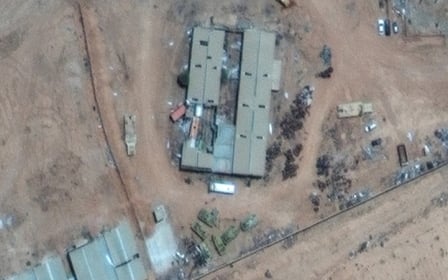 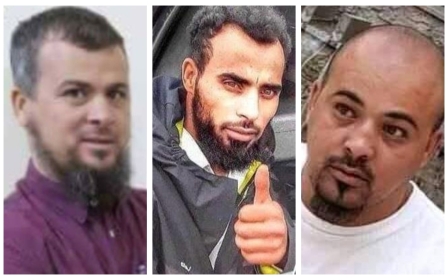