Libya: Gunmen attack court where Gaddafi's son was due to appeal election ban 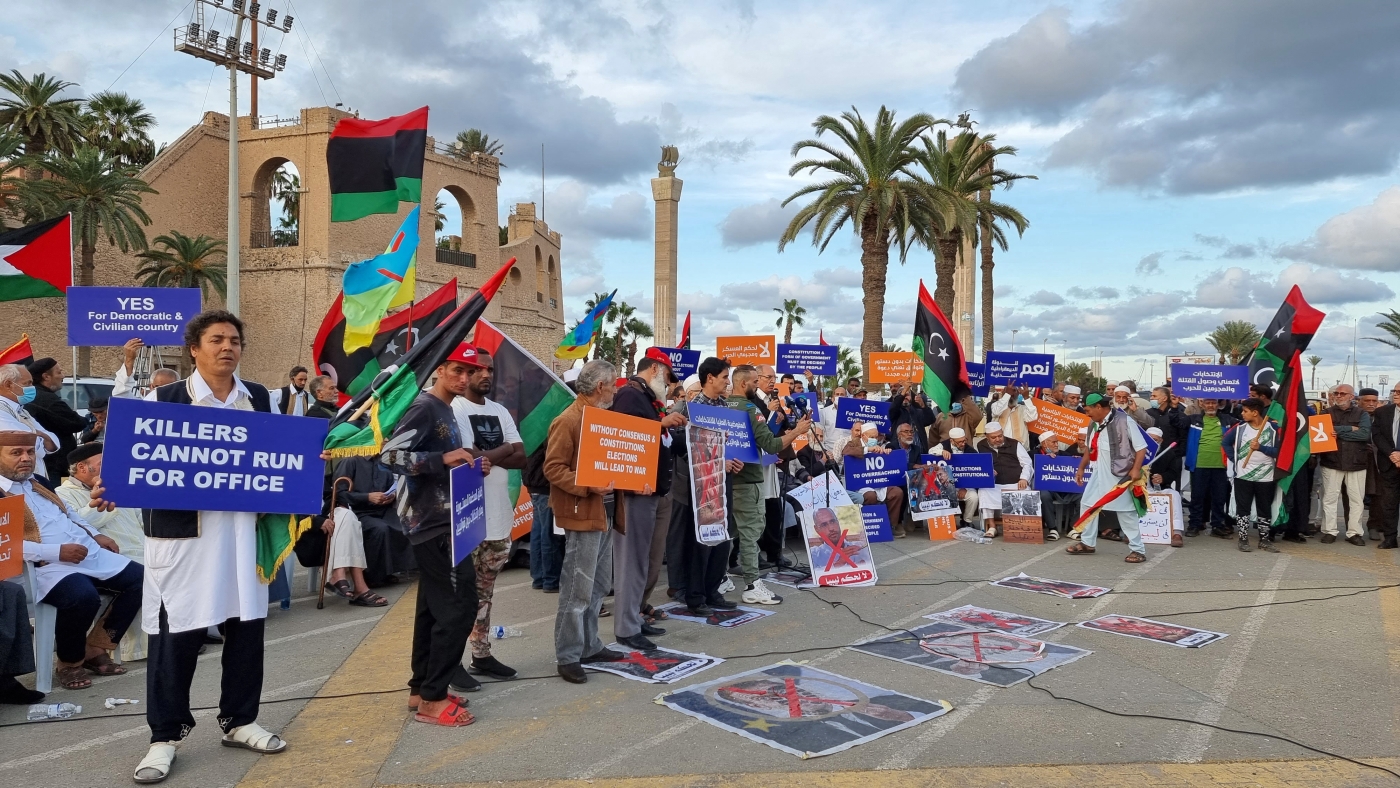 People gather at the Martyrs' Square in Libya's capital Tripoli on 19 November 2021, to protest against the candidacy of Saif al-Islam Gaddafi, son of slain Libyan dictator Muammar Gaddafi (AFP)
By
MEE and agencies

Armed gunmen launched an attack on a court in Libya shortly before it was set to hear an appeal by the son of former ruler Muammar Gaddafi over a ban placed on him running in the upcoming presidential elections.

The country's unity government condemned the attack on the court in the southern city of Sebha, saying in a statement that a "group of outlaws" had launched the "odious" attack on Thursday.

The court had been waiting to hear an appeal by Saif al-Islam Gaddafi - who is wanted by the International Criminal Court for alleged war crimes - over the Libyan electoral commission's decision on Wednesday to reject his candidacy.

The 24 December polls come as Libya seeks to turn the page on a decade of violence since a Nato-backed uprising that toppled and killed Saif al-Islam's father in 2011.

He was among 25 of the 98 hopefuls whose bids were turned down for non-compliance with the provisions of the electoral law. The unsuccessful applicants were given 48 hours to appeal in court.

Gaddafi's lawyer said Thursday's attackers forced all staff out of the court building "at gunpoint" hours before the appeal hearing.

"This act is an obstacle to the electoral process," Khaled al-Zaydi said in a video broadcast on Libyan media.

The government has ordered the interior and justice ministries to investigate the attack. 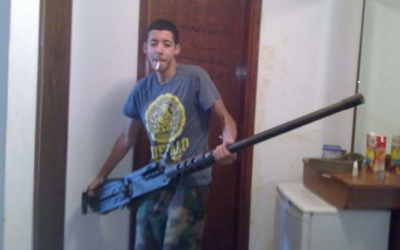 The United Nations Libya mission UNSMIL, which has been overseeing efforts to reach a political settlement in the country since a landmark ceasefire last year, said it was "alarmed" by the reported attack.

"UNSMIL strongly condemns any form of electoral-related violence & reiterates that the electoral process must be protected," it said on Twitter.

The electoral commission had justified its decision based on articles of the electoral law that stipulate candidates "must not have been sentenced for a dishonourable crime" and must present a clean criminal record.

The final list of candidates is due to be published by early December, once verifications and appeals are exhausted.

Both presidential and legislative polls had been slated for 24 December, but in early October parliament split the dates of the votes, postponing the legislative elections until January.

The path to the ballot box has been lined with disputes over the constitutional basis for the polls and the powers to be given to whoever wins.