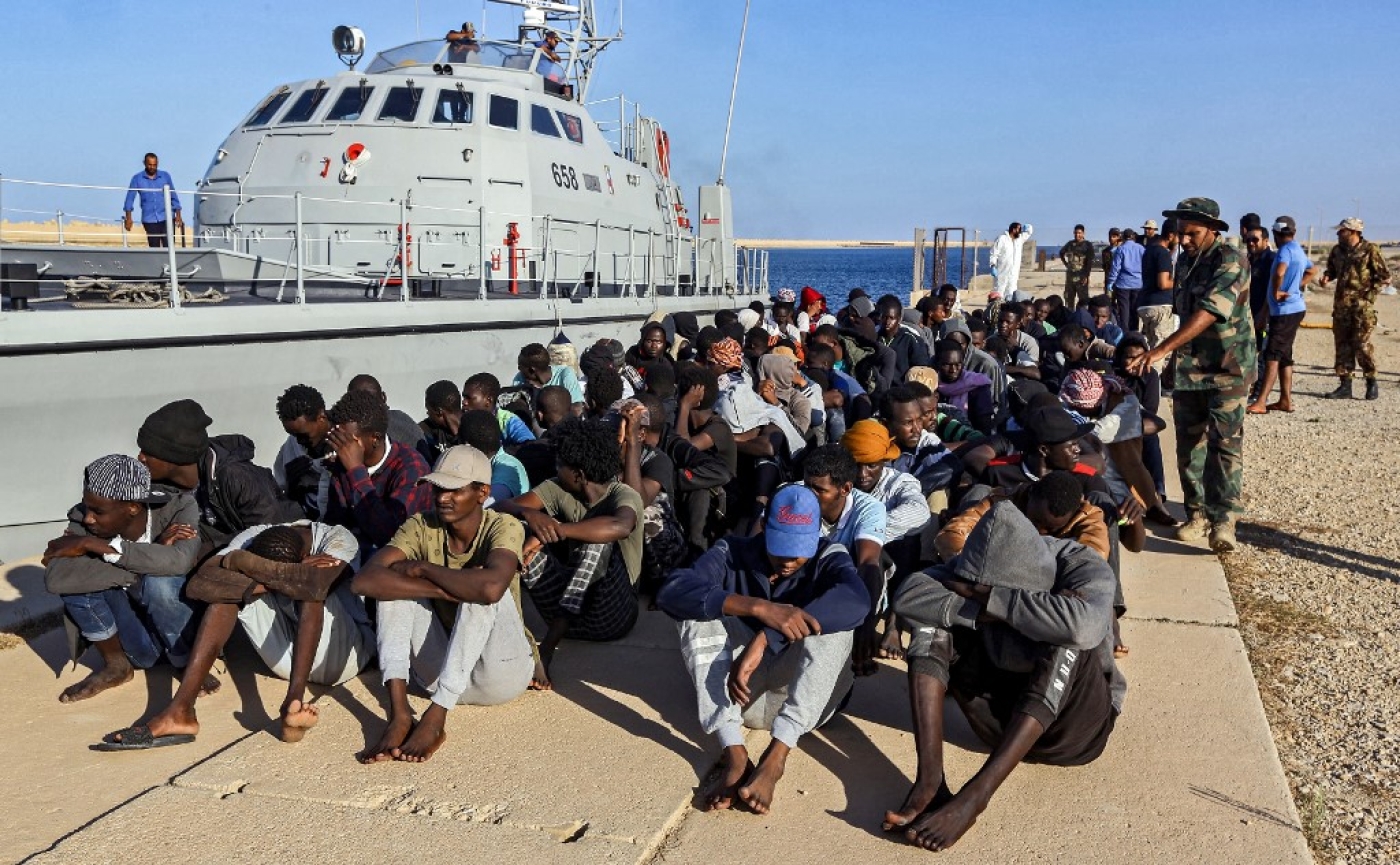 Three Sudanese migrants were killed in a shooting in Libya after the country's coastguard intercepted them at sea and returned them to shore, UN agencies said.

The incident is the latest act of violence to affect migrants in war-ravaged Libya, prompting senior humanitarian officials to call for an alternative disembarkation point for migrants.

The shootings took place at al-Khums, a port city about 100 kilometres (60 miles) east of Tripoli late Monday, after more than 70 people were disembarked from a vessel.

Local authorities started to shoot when the migrants attempted to escape from the port. Two died at the scene and a third en route to hospital, while two more were wounded.

In a statement, UNHCR said it "deplores the tragic loss of three lives and calls for an urgent investigation”.

Those remaining were moved into detention, UNHCR added.

Libya is a major route for migrants seeking to reach Europe via the Mediterranean Sea, with an estimated 654,000 migrants staying in the country, often living in cramped conditions with little access to healthcare.

In recent months, as part of a deal struck between the European Union and Libya’s UN-backed government, hundreds of migrants have been stopped at sea and their vessels sent back to Libya despite the risk of violence there.

"This incident underlines starkly that Libya is not a safe port for disembarkation," said Vincent Cochetel, UNHCR's Special Envoy for the Central Mediterranean Situation.

"There is a need for increased search and rescue capacity on the Mediterranean, including NGO vessels, in order to increase the likelihood of rescue operations leading to disembarkations in safe ports outside of Libya."

The International Organisation for Migration (IOM) also stressed that "Libya is not a safe port and [reiterated] its appeal to the European Union and international community for urgent action to end the return of vulnerable people to Libya."

"The suffering of migrants in Libya is intolerable," said IOM Libya Chief of Mission Federico Soda, whose organisation reported that three people were wounded.

"The use of excessive violence results yet again in the senseless loss of life, amid a lack of action to change a system that often fails to provide any degree of protection." Migration
Italy agrees to take in 180 migrants rescued in Mediterranean