Hundreds of corpses recovered since Haftar's forces withdrew from western city, according to latest GNA figures 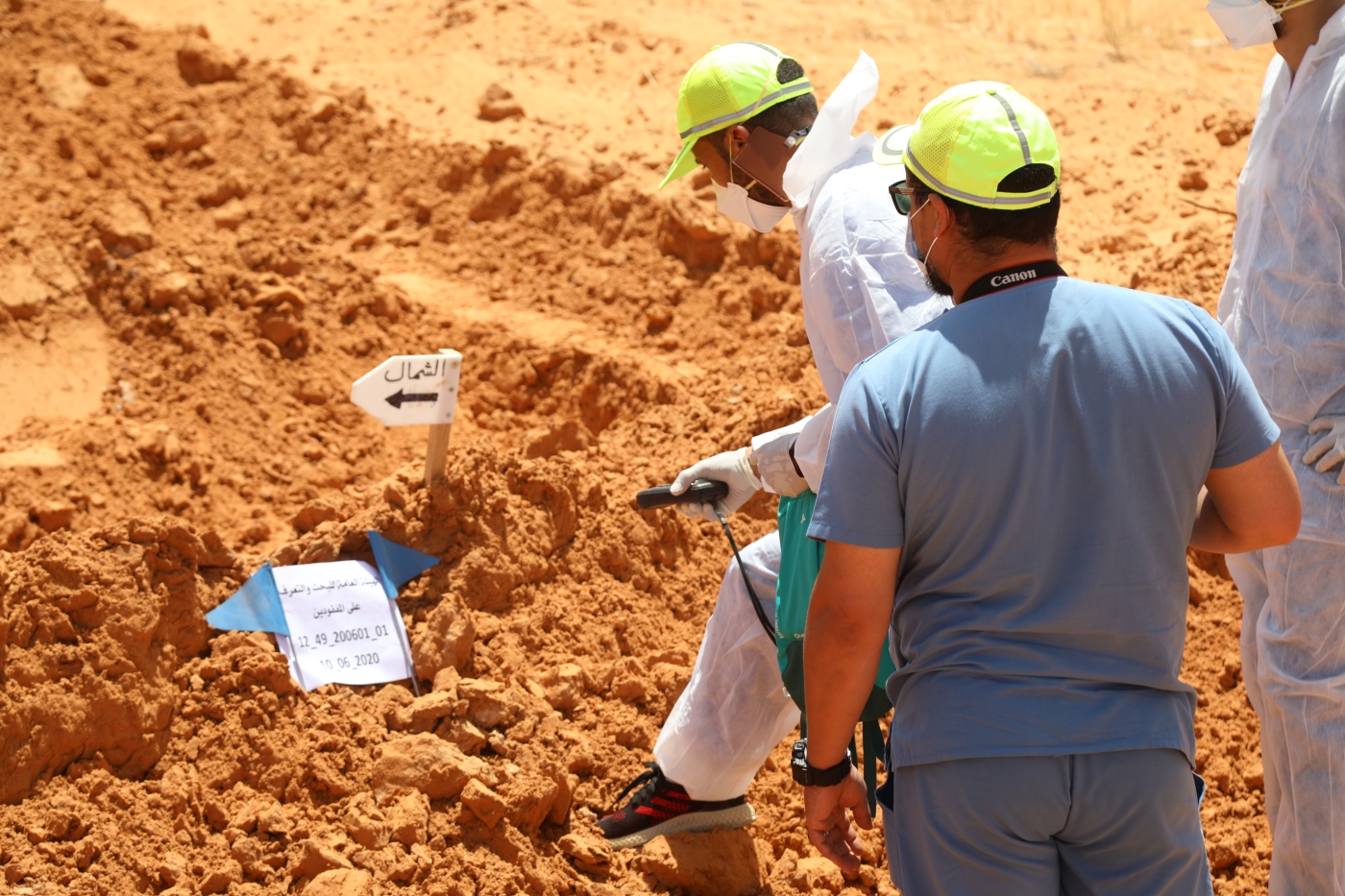 Editor's note: This story contains graphic video and images that some users may find disturbing.

More grim details are emerging in Libya about atrocities allegedly carried out by militias allied to renegade general Khalifa Haftar prior to their withdrawal from the western city of Tarhuna last month.

Officials told Middle East Eye that hundreds of bodies and other human remains had now been recovered since the Tripoli-based Government of National Accord (GNA) captured Tarhuna from Haftar's self-styled Libyan National Army (LNA) on 5 June.

“From 5 June to 28 June we found 208 bodies and remains of another unknown number of victims.”

Photos dating from 10 June seen by MEE showed bodies in shallow sandy graves, some of which appeared to have been buried with their hands tied. Other photos showed recovered body parts including limbs.

Abdul Aziz Al-Jaafari, a media spokesperson for the General Authority for Research and Identification of Missing Persons, said that forensic tests were being carried out on the corpses and body parts to identify them. 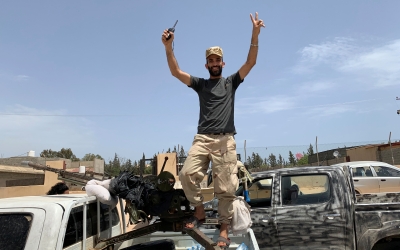 GNA forces also found at least 158 corpses, including the bodies of women and children, in Tarhuna hospital hours after Haftar's forces fled the city, according to GNA officials. They said the bodies appeared to have been executed and also displayed signs of torture.

The number of bodies recovered is growing by the day.

On Monday, the press office for the GNA-led military operation against Haftar's forces, known as Burkan Al-Ghadab (Volcano of Rage), said that the search of suspected mass grave sites was continuing.

Twenty-five bodies and other charred remains were found in southern neighbourhoods of Tripoli attacked by Haftar's forces, while five decomposing bodies were recovered from a well in the Al-Awa area, it said.

It put the total number of bodies recovered at 221, as well as an indeterminate number of other body parts.

The discovery of the mass graves has attracted the attention of the International Criminal Court.

"These findings may constitute evidence of war crimes or crimes against humanity," she said.

"I call on the Libyan authorities to take all the necessary measures to protect and secure the mass grave sites and to ensure that all actions taken in this regard are conducted in a manner that will not prejudice future investigations."

Human Rights Watch has also called on Haftar to investigate allegations of abuse by his forces, including alleged torture, summary execution and the desecration of the corpses of enemy fighters.

The allegations concern the conduct of the Kaniyat, a Tarhuna-based militia aligned with Haftar and formally incorporated into the LNA as the 9th Brigade which the United Nations Support Mission in Libya (UNSMIL) in March linked to hundreds of reported cases of enforced disappearances, torture and killings in the city.

The local commander of the Kaniyat, Mohsin al-Kani, was killed in an air strike last September.

Muhammad Abdul Salam Ali, a man in his 60s, told MEE that unidentified militia forces had entered his house and killed his three sons, his son-in-law and a family friend.

“The militia killed my children next to this red car,” said Ali, pointing to an old red car parked in the yard of his house.

"I was sick and sat inside and did not know where the gunmen came from. They said they were military forces and they did not provide any other information about themselves, then they took my three sons to the backyard next to the car and killed them.”

The alleged atrocities in Tarhuna are not the first time that the conduct of Haftar's forces has been investigated by the ICC. In 2017, it issued an arrest warrant for Mahmoud al-Werfalli, a commander in the LNA, who prosecutors accuse of personally committing or directly ordering the murder as a war crime of 33 people between 2016 and 2017 in the eastern city of Benghazi. The ICC issued a second arrest warrant for Werfalli in 2018 over the alleged executions of 10 people in Benghazi in January 2018.

GNA-aligned militia forces have also been accused of looting, arson and extrajudicial killings in Tarhuna and other areas recaptured last month from the LNA.

Footage on social media showed Mohsin al-Kani's family home being shot at, while a local activist told MEE that GNA fighters had shot a lion and gazelles which the late militia leader had kept in a private zoo.

“Everything you hear about what is happening in Tarhuna is true - the killings, the looting and the burning,” a local resident who had fled to the outskirts of the town told MEE last month.

“Everything is burned and destroyed, and everything has been stolen. We expect that anyone associated with the LNA who is captured will be assassinated, and there have already been many arrests.”

Tarhuna was the launchpad for the eastern-based Haftar's assault on Tripoli in early 2019.

Haftar is backed by countries including Russia, the United Arab Emirates and Egypt, but his forces have suffered a series of reverses since Turkey sent forces to support the GNA in November and have mostly fallen back to the central city of Sirte. 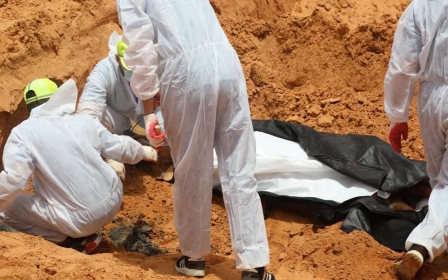 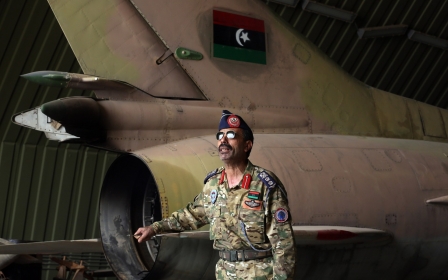