Bodies found in western town were handcuffed, including that of a 12-year-old girl, UN-recognised government says 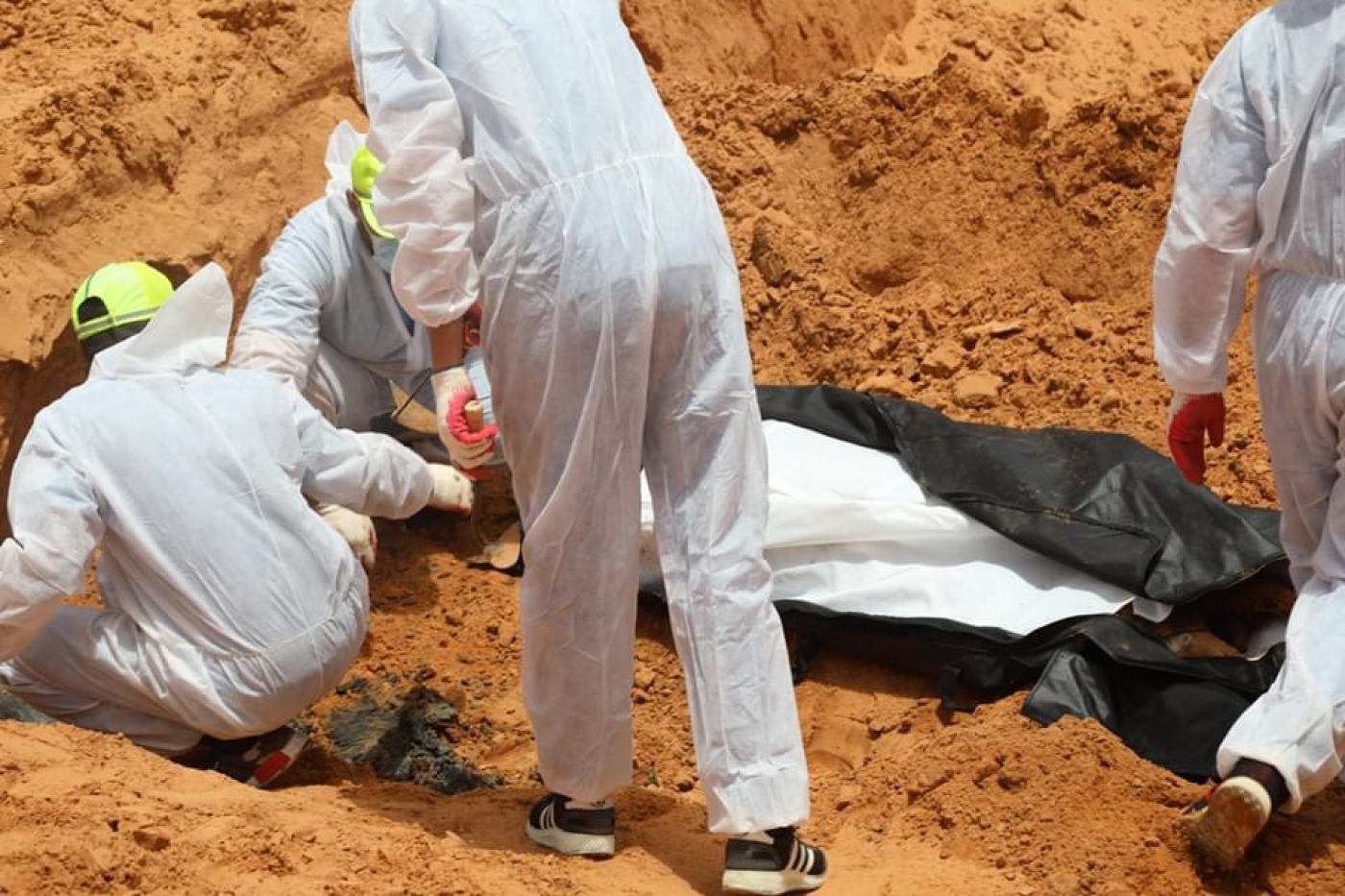 Forces allied to Libya’s Government of National Accord (GNA) say they have discovered a mass grave including handcuffed bodies in the town of Tarhuna, following the retreat of forces loyal to eastern commander Khalifa Haftar.

On 5 June, the UN-recognised GNA captured Tarhuna, Haftar's last remaining stronghold in Tripoli's environs, after his 14-month offensive on the capital.

The town's recapture, which had served as a launchpad for Haftar’s devastating assault, came as his Libyan National Army (LNA) and allied Russian mercenaries retreated south and east with the offensive falling apart.

In Twitter and Facebook posts on Wednesday, the military wing of the GNA posted images and videos of the purported mass grave, which it said included the handcuffed body of a 12-year-old girl.

Another mass grave found in #Tarhuna, some pics show handcuffed bodies.
Since Tuesday, the General Authority for Research & Identification of Missing Persons + #Libya-n Red Crescent, Misrata branch, have been recovering bodies.
A body of a 12-year-old girl was found handcuffed. https://t.co/Gn2QdoOj8i

A report by Arabi21 website, citing GNA sources, said that at least four mass graves were found in the town.

While the GNA is backed by Turkey and its ally Qatar, Haftar's LNA is supported by Russia, the UAE and Egypt.

Tarhuna's capture prompted Egypt to call for a ceasefire on Monday. But Turkey dismissed the Egyptian proposal on Wednesday as an attempt to rescue the maligned commander, rather than secure a real truce.

Last week, the UN said it was ready to assist the GNA to investigate the deaths of 106 civilians whose bodies were discovered at a hospital in the town.

The UN secretary-general's spokesman, Stephane Dujarric, said on Monday that the bodies, which included women and children, "remind us of the high price paid by civilians and the desperate and urgent need for an immediate cessation of hostilities". 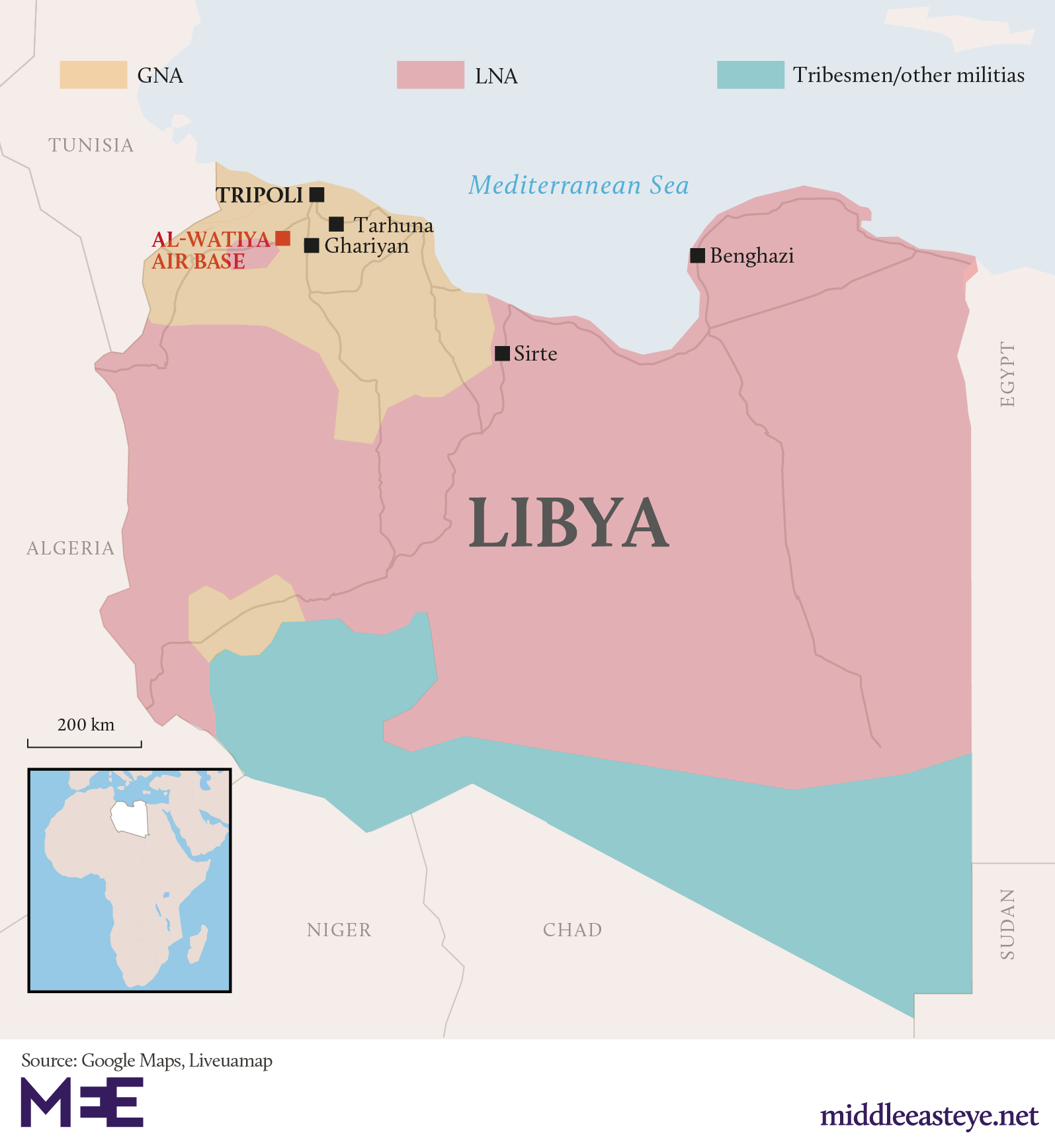 Officials from the GNA said the bodies appeared to have been executed and also displayed signs of torture.

Meanwhile, the GNA troops are accused of extrajudicial killings as well as carrying out a campaign of arrests, arson and looting across Tarhuna after seizing it.

Following Tarhuna, the GNA has advanced towards Sirte, to which many of Haftar's forces have withdrawn.

Sirte, the hometown of toppled autocrat Muammar Gaddafi, is the last major city before the traditional boundary between Libya's western Tripolitania and eastern Cyrenaica regions.

The town was taken by Haftar's forces virtually without a fight in January after one of Libya's myriad local militias switched sides.

Located about 450km east of Tripoli, the town was where Gaddafi held his last stand against Nato-backed rebel forces in 2011.

Libya has endured years of violence since the 2011 uprising that toppled and killed Gaddafi, with rival administrations and scores of militias battling for power.

The UN has urged outside powers to respect a deal reached at a January conference in Berlin, end foreign meddling and uphold a much-violated arms embargo.