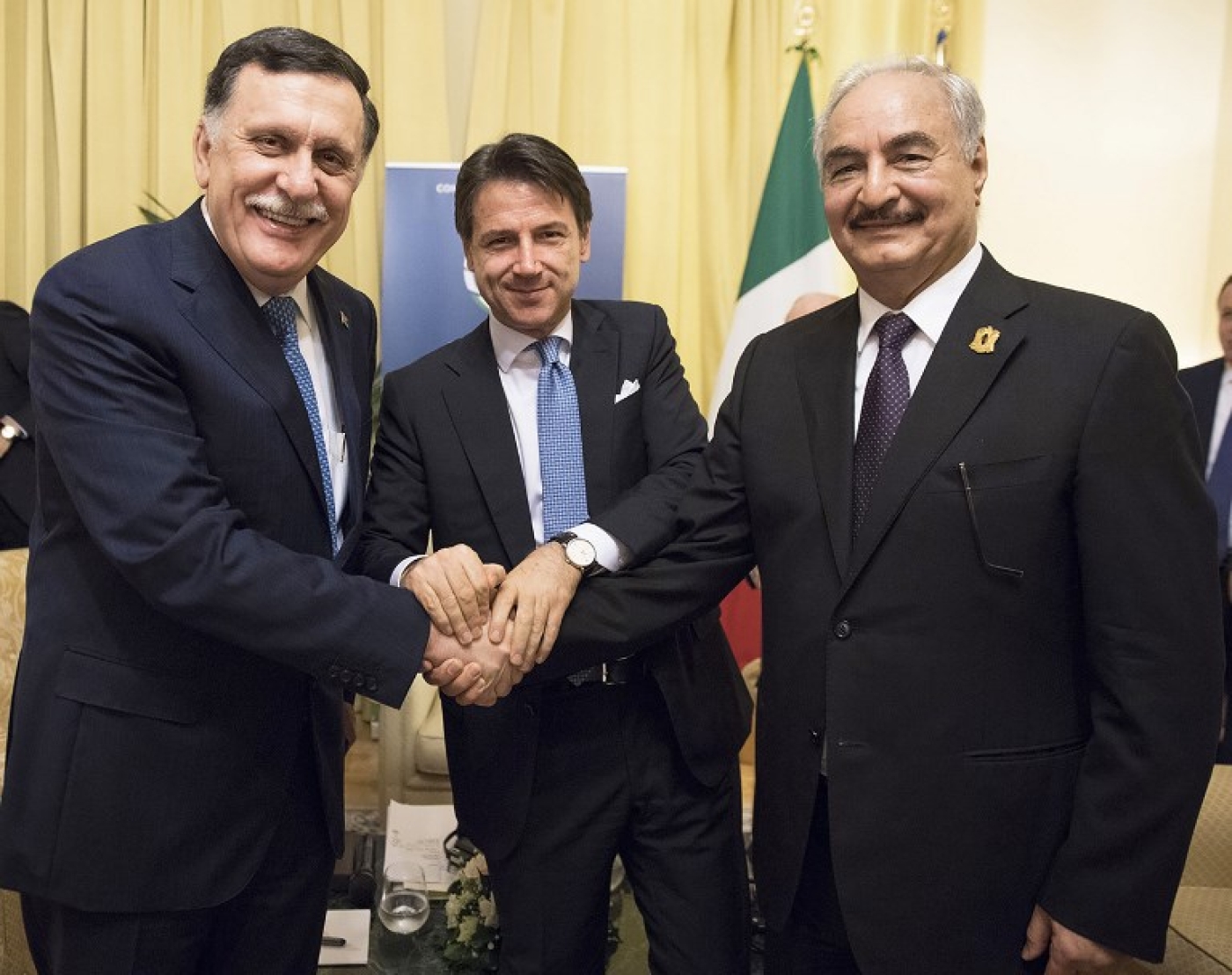 Libya's rival leaders met on Tuesday for the first time since May at a reconciliation conference hosted by Italy in Palermo, Sicily.

Haftar reportedly committed himself to a UN action plan and to holding a national conference early next year prior to elections, UN Libyan envoy Ghassan Salame said on Tuesday.
"Haftar is committed to the political process," Salame told reporters at the end of a reconciliation conference in Italy. "His representatives said that."

On Monday, Haftar had said he would not join other key players at Palermo talks to try to stabilise the North African nation, casting a shadow over the latest international bid to kick-start a long-stalled political process and trigger elections.

Italy is the latest country aiming to bring Libya's disparate and often warring factions together after a Paris summit in May saw the Tripoli-based Government of National Accord (GNA) and Haftar agree to hold national polls on 10 December - a date which has fallen by the wayside.

Acknowledging the chaotic political situation since dictator Muammar Gaddafi was deposed in 2011, the United Nations last week conceded elections will not be viable before at least the spring of next year.

Translation: At the Palermo conference with prime ministers Sarraj and Conte, President Sisi, Ghassan Salame and Field Marshal Hafter. We have confirmed and refined the engagements made in Paris in May with Emmanuel Macron.

Haftar arrived in Palermo from his Benghazi stronghold on Monday evening after days of doubts over whether he would attend, but did not join a working dinner with other leaders.

His self-proclaimed Libyan National Army (LNA) said on Tuesday that he had travelled to the conference only to "hold a series of meetings with presidents of regional countries to discuss the latest national and international developments".

Haftar had been due to attend roundtable talks on Tuesday morning.

"Haftar is being difficult as he has done several times in the past," said Paris-based Libya specialist Jalel Harchaoui.

"This attitude cuts both ways because it has a sensational effect that momentarily ups his value, but his interlocutors who are humiliated by this will always remember," he said.

Haftar, whose forces control all of northeastern Libya, refuses to sit down at the same table as the Islamist leaders he fiercely opposes, militarily and ideologically.

On Tuesday, Turkish vice president Foat Oktay told reporters his country has withdrawn from the summit in objection to what he said was "exclusion" of Turkey from some talks.

“The informal meeting held this morning with a number of players and having them presented as the prominent protagonists of the Mediterranean is very misleading and damaging approach which we vehemently oppose,” he said in a statement distributed to the press.

According to diplomats and analysts, Russia, France, Egypt and the UAE support Haftar, while Turkey and Qatar have thrown their weight behind rivals to the eastern strongman, especially Islamist groups.

Analysts say the Sicily summit risks being compromised not only by tensions between Libyan factions but also the competing agendas of foreign powers.

"The path to Libyan stability is complex and does not include shortcuts or miraculous solutions," Conte told Monday's dinner.

Just as in May, the key Libyan invitees are Haftar, the eastern parliament's speaker Aguila Salah, Sarraj and Khaled al-Mechri, speaker of a Tripoli-based upper chamber.

The GNA says it will use the Palermo talks to lobby for security reforms that unify the army, a constitutionally rooted electoral process, economic reform and an end to "parallel institutions".

The US, Arab countries and European nations have all sent representatives to the talks, including Egypt's President Abdel Fattah el-Sisi and Russian President Dmitry Medvedev.

For Rome's populist government, a top priority is stemming the flow of migrants through Libya that is enabled by the security vacuum in their quest to reach European shores, often via Italy.

Salame told the Security Council on Thursday that a national conference in early 2019 would be organised to provide "a platform" for Libyans to spell out their vision for the future.

But diplomatic wrangling between Italy and France also hangs over this summit.

The Italian swipes came as Tripoli was plagued by militia clashes that killed at least 117 people and wounded more than 400 between late August and late September.

Salame's deputy Stephanie Williams on Monday hailed the GNA's moves to secure Tripoli since then but said more must be done to "generate regular forces ready to assume security responsibilities in the capital".

Rome and Paris have for months been at loggerheads over Libya's election timetable. While France repeatedly endorsed the December date, Italy opposed it.

Italy has not been alone in pushing for elections to be delayed.  The December date was also viewed sceptically by Washington and Moscow.

One Italian diplomatic source said that no definitive poll date should be set at the summit and it is "not sure that there will be a final document" after the talks. 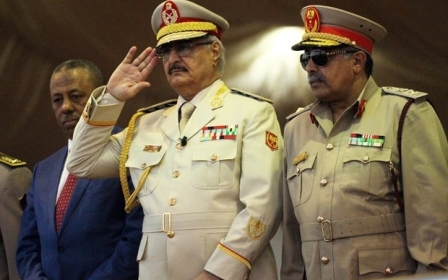