Misery of Yemen's organ donors: 'It is better to starve to death' 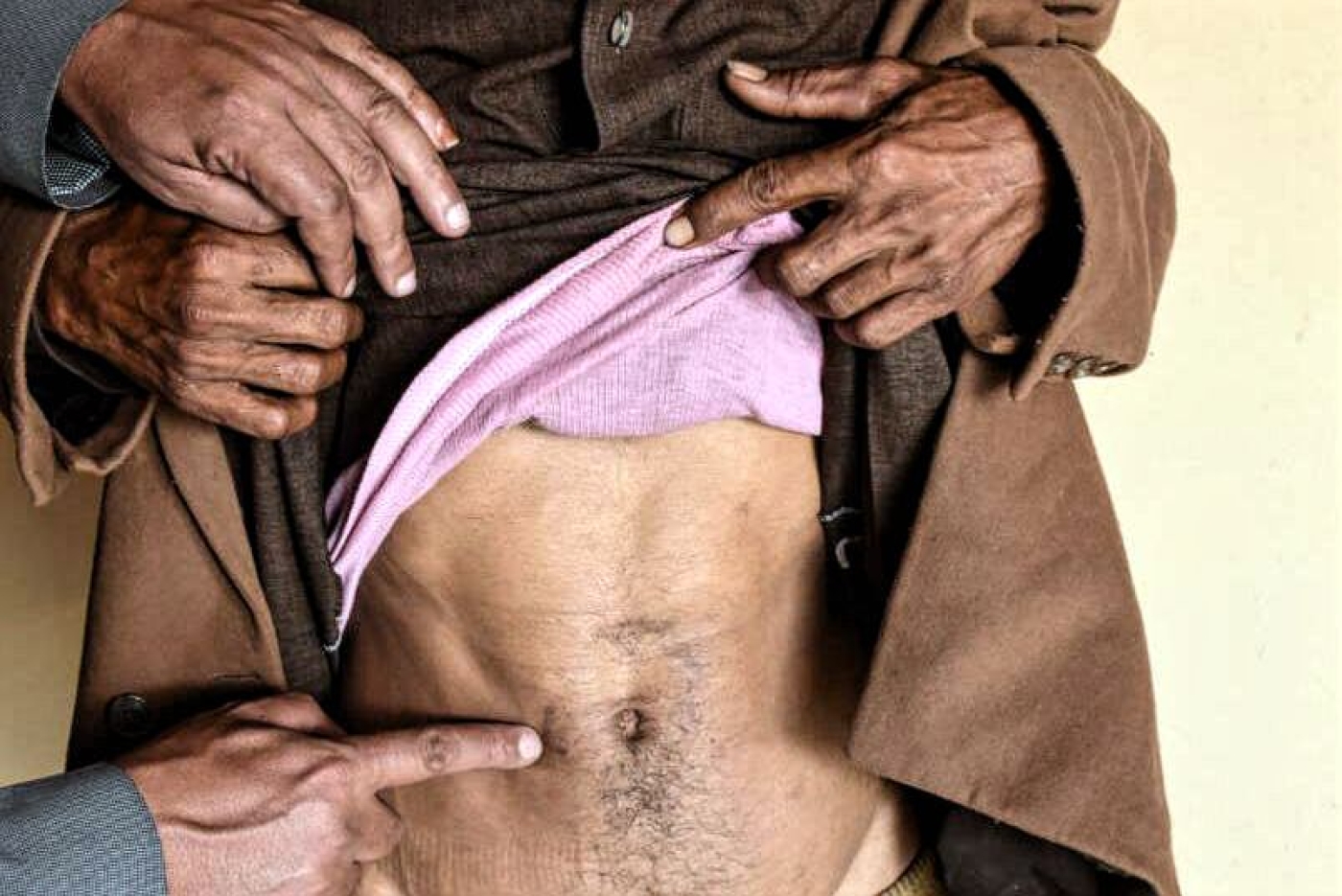 Ali was desperate for work. War had engulfed Yemen, he had eight children to support and he couldn't get enough jobs as a labourer to make ends meet.

In early 2016 he yet again found himself walking up and down the streets near the Qat market in al-Sonaina, a quiet and poor neighbourhood of the Yemeni capital Sanaa.

Mugani, a friend of his cousin, approached him.

"Buy some qat for me," Mugani asked.

"I don't have enough money to buy food for my children," Ali replied. "How can I buy qat for you?"

Instead of answering, Mugani suggested that Ali follow him to a nearby house.

There, he explained how some Yemenis were selling their own organs to patients in Egypt for more than a million Yemeni rials [around $4,000] to escape poverty. Mugani should know: he had already sold one of his own kidneys.

Ali was taken by the idea. "I returned to visit my family and told them that I will travel to work in Saudi Arabia," he recalled. "I didn't tell them the truth because they would refuse and try to stop me doing it."

Two days later Ali headed for Sanaa, where Mugani supplied him with an ID card, passport, fake medical report, plane tickets to Egypt and the mobile number of a contact in Cairo, known only as "Slama".

"We agreed that the Egyptian man would pay me $5,000 after the operation," Ali said. "I trusted Mugani."

He headed for the airport in Aden and within two days was in Cairo.

How Egypt is centre of trade

Yemeni law does not forbid organ trafficking. The result is that one of the world's poorest countries has become a target for international operations due to its rampant poverty and the desperation of men like Ali.

The situation has been exacerbated by a civil war that has left at least 20 million Yemenis needing some kind of humanitarian or protective support: seven million people are at risk of famine.

The World Food Programme has classified seven of Yemen's 22 provinces at "emergency" level – that is one step below famine on the five-point Integrated Food Security Phase Classification scale. Ten provinces are at "crisis" level. 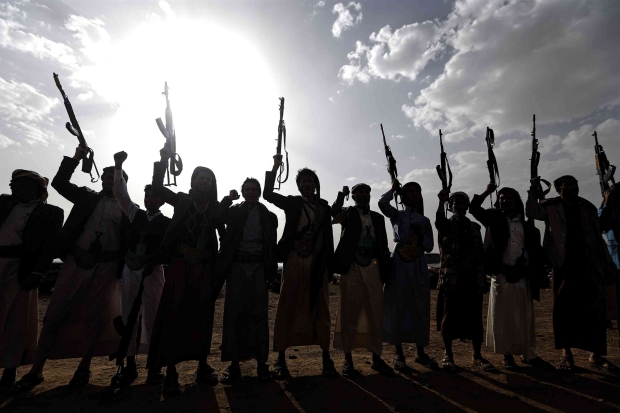 Nabil Fadhil, head of the Yemeni Organisation for Combating Human Trafficking, said it had prevented at least 300 individuals leaving the country to sell their organs between 2012 and 2014. But 150 prosecutions failed because the traffickers had broken no law.

"Poverty is the main reason that forces people to sell their organs," Fadhil said. "The best solution is poverty eradication."

Although many of the purchasers of organs come from Gulf states, Yemenis are banned from entering those countries if it's for healthcare reasons.

Instead they head for Egypt, which has more relaxed entry criteria and where Yemenis do not need a visa.

'This is your sister'

When Ali arrived at Cairo airport, he was met by Mahmoud, one of Slama's workers, who travelled into town with him, although he refused to discuss any aspect of the deal.

Ali was then taken to an apartment which he shared with 15 other men. "It was full with Yemenis who wanted to sell their organs," he said.

The men were supervised by five Egyptian brokers, who confiscated their passports to prevent them from leaving.

Ali stayed there for a week, only leaving when Mahmoud escorted him to a clinic for daily examinations. Eventually he was sent to see a doctor.

"Then he brought an Emirati woman in her 80s into the room and said: 'This is your sister, you will donate your kidney for her.'"

Ali said that the daughter of the Emirati woman told him that they had paid $50,000 to the hospital as the price of the kidney – 10 times the amount Ali agreed with Mugani back in Yemen.

"I had the operation and stayed for three days in the hospital. Then Mahmoud came to the hospital and took me back to the apartment. That same day he gave me $5,000 and took me to Cairo airport to return to Yemen."

As with other illicit forms of smuggling, many of those sucked into organ trafficking eventually become part of the problem itself.

Fadhil believes that more than half of the victims of the trade eventually become brokers. "After the victim sells his kidney for $5,000, the Egyptian broker tells him he will then pay $2,000 for each [new] victim who comes through him," he said, "so half of the victims agreed to be organ brokers."

Jamal, 35, a father of one from Sanaa, is typical. He used to depend on his motorcycle taxi for his family living. He had heard talk, rumours of people selling their organs in Egypt – but never thought that he would become one himself.

In late 2015, one of his friends sold his kidney and told Jamal about it on his return. The operation, the friend said, was so easy.

By March 2016 Jamal, along with three others, was persuaded to become an organ donor. His friend took a cut of $500 from each of the men and said that each kidney would be sold for $5,000.

"My friend was an organ broker and I did not know," said Jamal. "When I agreed to sell my kidney, he prepared everything for me in one week."

Jamal followed the same process as Ali – but was no happier by the end, in part because the money was earned illegally. "I was planning to open a shop but the money was reduced as the brokers in Egypt and Yemen took around $2,000."

After the operation, he was approached to be an organ broker but rejected the idea. "They say they will pay you $2,000 for each case that you bring in, but I did not agree."

Fadhil's organisation has documented more than 1,000 cases of trafficking since 2012, including 300 during the conflict – but he estimates the real figure to be at least 5,000.

My friend was an organ broker and I did not know

The war, he said, has made no difference to the numbers. In many cases, donors journey to Aden and Sayun and then travel to Egypt. He confirmed that the current economic situation forces people to make the journey.

But the service is badly funded. "We do not receive any support from any side," he said. "We documented more than 1,000 cases through our own personal work and with coordination with the interior ministry and criminal research and Investigations."

The number of cases may have dipped with the closure of Sanaa airport, but in several respects that has made the enforcers' job even tougher.

"We could not document some because of the closure of Sanaa airport, which means some now travel to Aden and Sayun airports."

'I regret I believed my friend'

And Ali? Eventually he returned home from Egypt and told his family what he had done. They were upset at his behaviour, despite his attempts to persuade them that he did it for the best, for the money.

"My wife and mother have still not forgiven me and still hate me for it to this day. They think this behaviour goes against Yemeni traditions."

Ali bought three motorcycles with the money and rented them out to friends to ensure a monthly income. But the bikes did not last more than six months, and eventually he lost everything.

"I lost all the money that I received for the price of my kidney," he said, "and now I am in need again. Moreover, I may die at any moment as I have only one kidney."

After the operation, the donor needs to monitor his health and be checked every six months, as he has lost an organ of his body

The traffickers also didn't tell him about the after-effects of the operation: a WHO report in 2007 said that 78 percent of paid organ donors in Egypt "had spent the money within five months of their donation" and that "73 percent reported a weakened ability to perform labour-intensive jobs".

Shaheed Salem, a urinary doctor at a private health centre in Taiz, who has no involvement with organ trafficking, told MEE that while kidney donors could live a normal life if they received proper healthcare and nutrition, there were still risks as with any surgery.

"The organ transplants usually need qualified hospitals and surgeons. After the operation, the donor needs to monitor his health and be checked every six months, as he has lost an organ of his body."

Ali did not feel initial pain following the operation in Egypt, but now, with the cold weather starting to set in, he aches.

"I regret that I believed my friend and sold my kidney," he said. "I would tell anyone who needs money not to sell their organs. It is better to starve to death than do that."