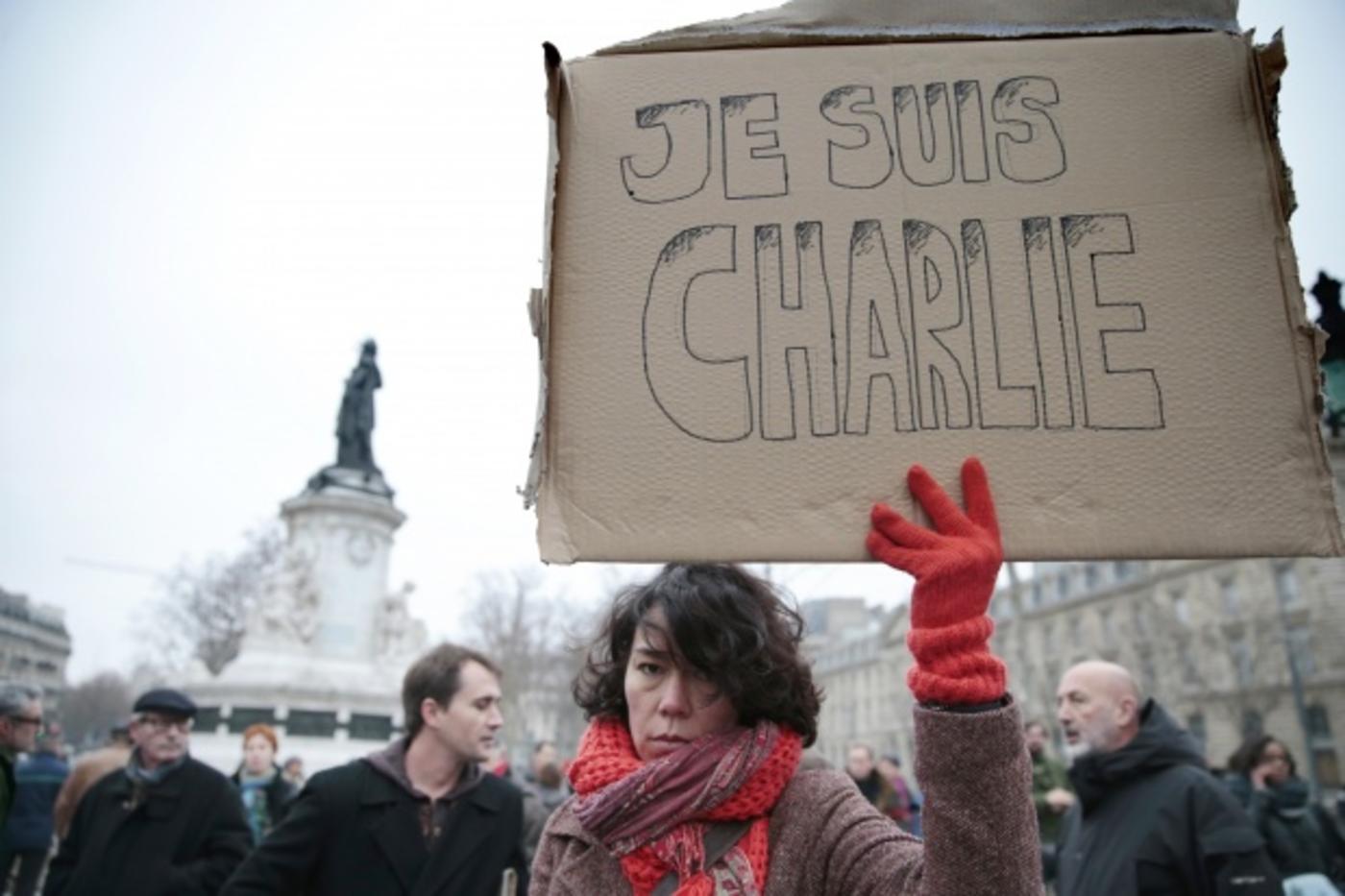 French satirical weekly Charlie Hebdo drew ire on Tuesday with a new cover image of the Prophet Mohammed on the eve of its return to newsstands after the murder of its core staff by Islamist gunmen last week.

In defiance of the gunmen who killed 12 people in an attack on its Paris office, the new edition bears a cartoon of a tearful Mohammed bearing the slogan "Je suis Charlie" ("I am Charlie"). He is shown under the ambiguous title "All is forgiven".

Charlie Hebdo is to print up to three million copies of its "survivors' issue", due out Wednesday - far more than the usual 60,000 printed before last week's attack, and a historic record for a French publication.

Money from its sales will go to the victims' families.

Last week's murderous attack drew global condemnation, including from several Islamic bodies, but the new cover quickly inspired concerns that it would worsen tension between communities.

Al-Azhar in Cairo, Sunni Islam's most prestigious centre of learning, said that Charlie Hebdo's cartoons "stir up hatred" and "do not serve the peaceful coexistence between peoples".

An official with the Union of Islamic Organizations of France (UOIF) described the decision to feature another Prophet Muhammed cartoon as a "provocation", urging European Muslims to remain calm and vigilant. "Publishing cartoons of Prophet Muhammad – again – is provocative and irresponsible," UOIF head Tohami Perez told Anadolu news agency.

"We condemn their decision to do so and urge all Muslims to ignore the cartoons or condemn them in civilized ways, because they [Charlie Hebdo] are setting a trap aimed at pulling us into a circle of violence," Perez said.

The head of a big mosque in central eastern Paris, Hammad Hammami, said: "We consider these caricatures to be acceptable. They are not degrading for the Prophet."

The new issue is going to be printed in Turkish, French and Italian, while its digital version will be available in English, Spanish and Arabic.

"Turkey is in a difficult period and secularism there is under attack," editor-in-chief Gerard Biard told Agence France Presse news agency, explaining why plans to produce a Turkish version were "the most important".

The issue will appear as a four-page insert in the centre-left opposition daily Cumhuriyet, one of the Turkish paper's journalists told AFP.

An advance copy obtained by AFP contained cartoons mocking the two Islamist gunmen who carried out the attack. One has them arriving in paradise and asking: "Where are the 70 virgins?"

"With the Charlie team, losers," comes the reply.

The remaining Charlie Hebdo staff who put the issue together said putting Mohammed on the cover showed they would not "cede" to extremists wanting to silence them.

Many international newspapers, broadcasters and websites carried images of the cover - some explicitly as a gesture of support for press freedom, others to illustrate the controversy.

Western governments broadly defended Charlie Hebdo's right to publish, even if some were concerned about a possible backlash from their own Muslim minorities or from groups in the Islamic world.

"Regardless of what anyone's personal opinion is, and I know there are very heated personal opinions about this, we absolutely support the right of Charlie Hebdo to publish things like this," said US State Department deputy spokeswoman Marie Harf.

But many non-European outlets did not reproduce the front page.

Major Arab broadcasters Al-Arabiya and Al-Jazeera did not show the cover in their reports, but most French media outlets - including newspapers Le Monde, Liberation and Le Figaro - reproduced it.

Some Western outlets, though, showed more caution. In Denmark, for instance, the Jyllands-Posten newspaper that triggered 2006 riots did not reproduce the cover.

Britain's The Independent newspaper was the only major London daily to put the image in its print version. The Daily Telegraph's website cropped the cover to cut out Mohammed.

In the United States, The New York Times website reported on the Mohammed cover, but provided readers only with a link to the site of the French newspaper Liberation. The Wall Street Journal, the Washington Post and USA Today, though, did use it, and so did tabloids like the New York Daily News.