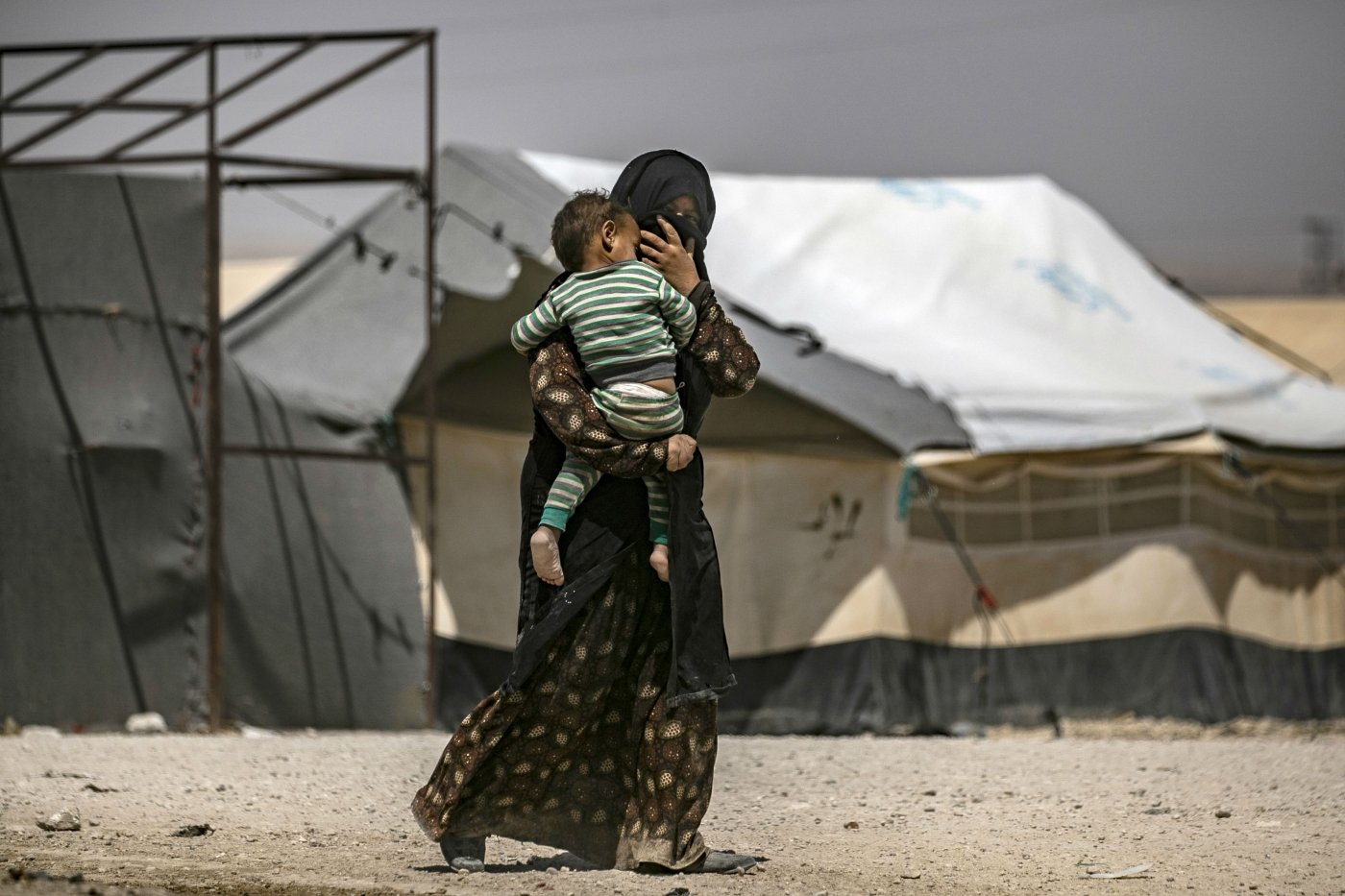 The Kurdish-run camp is home to around 68,000 people who are reliant on humanitarian assistance (AFP)
By
MEE and agencies

At least 517 people, mostly children, died in 2019 in an overstretched Syrian camp housing displaced people and relatives of Islamic State group (IS) fighters, the Kurdish Red Crescent said on Thursday.

The Kurdish-run al-Hol camp in northeastern Syria is home to around 68,000 people who are reliant on humanitarian assistance, especially during harsh winter months.

A Kurdish Red Crescent spokesperson said that 371 children were among the 517 people who died in the squalid tent city in 2019. Malnutrition, poor healthcare for newborns, and hypothermia, are among the main causes of death among children, Dalal Ismail told AFP at the camp.

Syrians and Iraqis form the bulk of the camp's residents.

"The situation is tragic and the burden is huge," Ismail said, adding that foreigners were also among the children who have died.

Al-Hol is home to thousands of foreigners, mainly relatives of IS fighters who are kept in a guarded section of the camp under the watch of security forces.

Kurdish authorities say they are holding 12,000 foreigners, including 4,000 women and 8,000 children, in three displacement camps in northeastern Syria. The majority are being held in al-Hol.

Jaber Mustafa, an official at the camp, said that assistance delivered by aid groups is "not enough" to address the "great suffering" of residents.

Medicine and food baskets are among the most pressing needs, he told AFP.

The Kurdish administration in northeastern Syria this week warned that humanitarian conditions in al-Hol could deteriorate further after the UN Security Council voted on Friday to restrict cross-border aid.

The Yaroubiya crossing on the Iraqi border was a key entry point for UN-funded medical aid reaching northeastern Syria, including al-Hol.

The UN had used it to deliver some medical supplies that the Syrian government had not permitted via Damascus.

This leaves Syria's Kurds with the unofficial Zamalka crossing with Iraq's autonomous Kurdish region, which is not used for UN aid.

UK request for children set to be denied

On Wednesday, the Guardian newspaper reported that the Kurdish administration was likely to deny any UK request to repatriate four British children from one of its camps if the condition imposed to allow their return is that their mother cannot return with them. 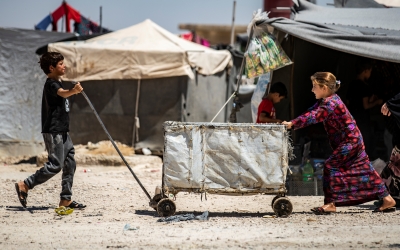 British government sources had said that they were willing to consider allowing Mehak Aslam’s four daughters to return to the UK to live with her parents, as long as she and her husband Shahan Choudhury remained in Syria.

The couple left Britain to live under IS rule in the middle of the decade and had five children, one of whom died.

Both have had their citizenship stripped by the Home Office, which believes they pose a potential security risk.

But the Kurdish administration has said many governments have made similar requests, and that they had always been rejected as it would involve separating families