Hajar Raissouni had denied charges against her, saying that she was questioned about her journalism work 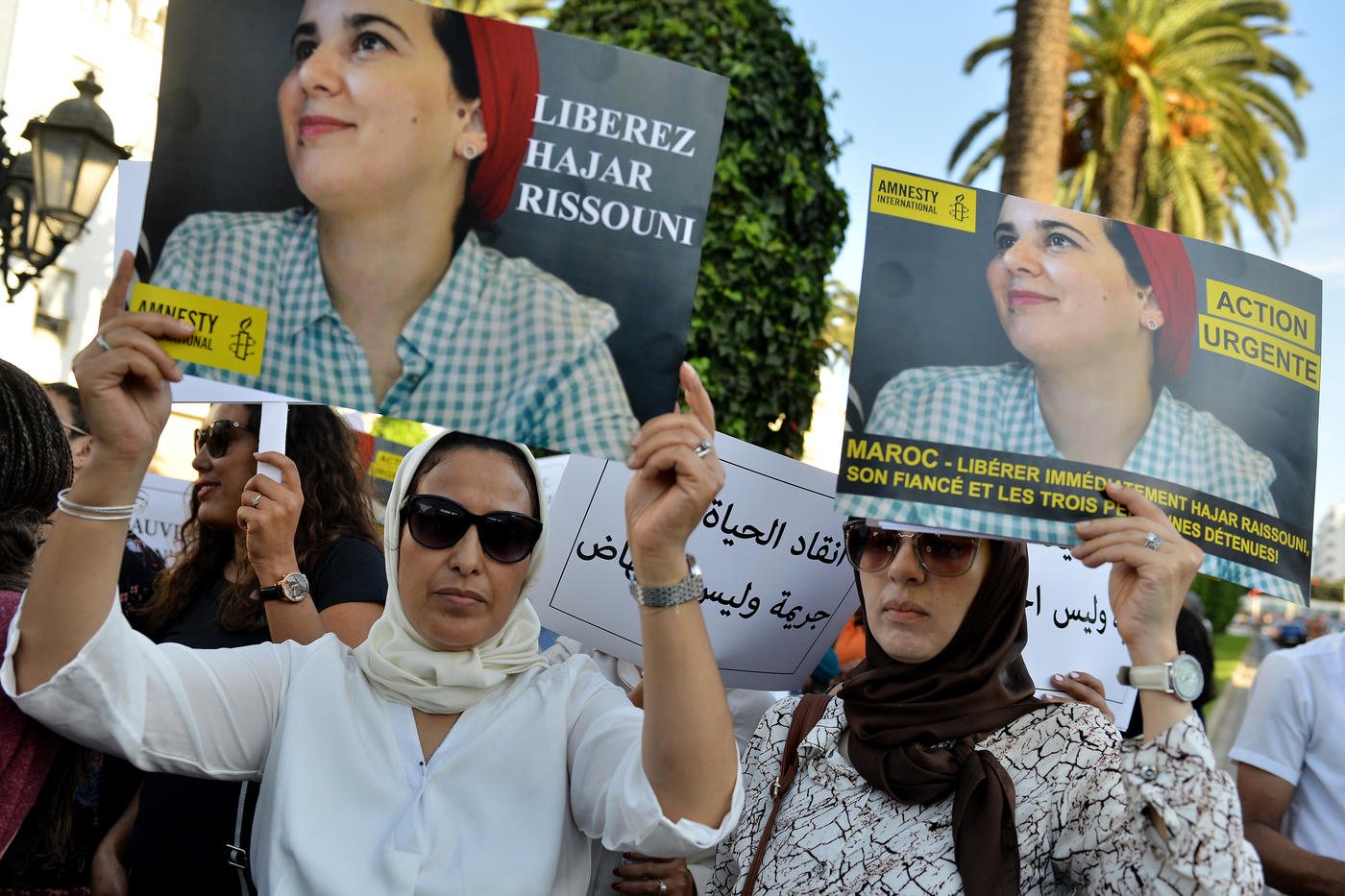 Moroccan authorities granted a royal pardon to journalist Hajar Raissouni, who had been jailed over allegedly getting an "illegal abortion".

The daily Akhbar al-Yaoum reported that Raissouni received the pardon on Wednesday, reversing the decision of a Moroccan court that sentenced her to one year in prison late last month.

The pardon will also include Raissouni's Sudanese fiance as well as three medical professionals who were charged in the case.

Rights groups and activists, who had decried Raissouni's arrest, welcomed the royal decision on Wednesday.

"Her release gives us more hope for the struggle for Morocco's  political prisoners," Yousfi, who is a doctoral student at Belgium's University of Ghent, told Middle East Eye. "Unfortunately, Hajar Raissouni is not the only one who's held behind bars unjustly. Indeed, Morocco’s increased authoritarianism and repression have led hundreds of young activists to jail."

The 28-year-old journalist had denied the charges and accused security forces of conducting an invasive medical procedure on her against her will, which her supporters said amounts to torture. In a letter to colleagues last month, she said security forces interrogated her about her work as a journalist.

Raissouni's detention had fuelled the debate about women's reproductive rights in Morocco, which bans abortions unless pregnancy poses a threat to the mother's life.

"Trampling with her right to privacy and criminalising an individual freedom is, in itself, unacceptable," Ahmed Binchemsi, a communications director at Human Rights Watch, said after the journalist's arrest in September.

"Add, in this case, a whiff of political manipulation since the defendant is a reporter at one of Morocco's last independent newspapers."