Crimes directed at Jewish people went from 121 to 183, while incidents against Muslims went up from four to 14 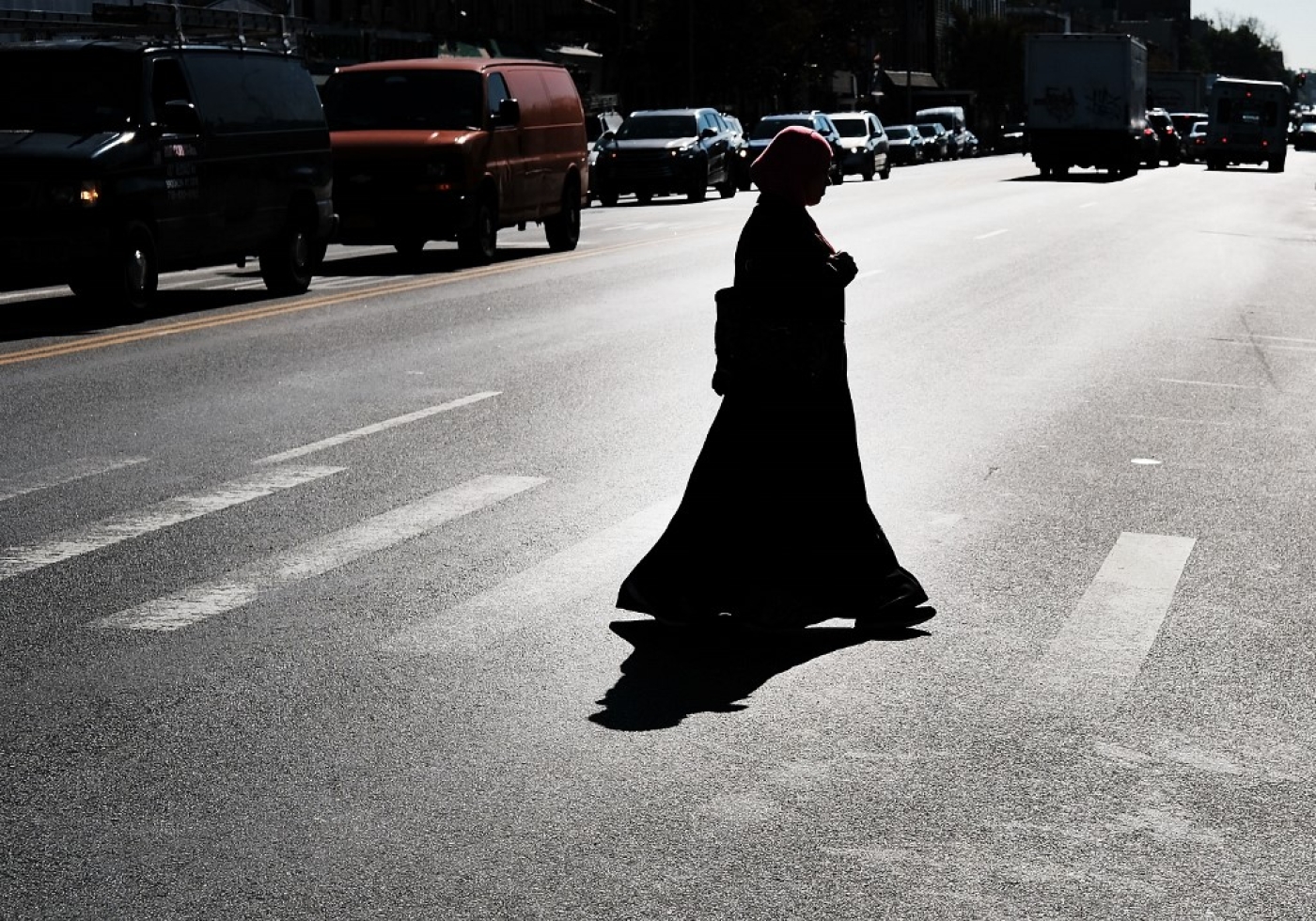 Though the national hate crime numbers have yet to be released, locally, they have increased (AFP)
By
MEE staff

According to the police department, the driving force for these numbers was anti-Asian hate crimes, which went from 28 incidents in 2020 to 129 this year. Antisemitic crimes went from 121 to 183, and anti-Muslim crimes increased from four last year to 14 this year, tripling in size.

'In the past year alone, attacks on mosques have risen 500 percent, including New York City'

"On the flip side of that... our arrests are up 106 percent. So on the 503 incidents, we've made 249 arrests," NYPD chief of detectives James Essig said in a press conference.

The increase in Islamophobic-based crimes comes as no surprise. In July, a man named Naved Durrni was charged with multiple hate crimes, as well as aggravated harassment and criminal possession of a weapon in the physical and verbal attacks on Muslims in Queens, New York.

The alleged hate crimes took place in a span of five weeks. In one incident, he allegedly pulled on a woman's hijab, told her to take it off, and then punched her in the arm when she refused. In another incident, Durrni allegedly told a woman: "Mohammad was a liar." He then allegedly proceeded to punch her in the face and head, the district attorney's office said in a statement.

"This year, we have seen a rise in Islamophobic hate crimes, especially toward mosques. In the past year alone, attacks on mosques have risen 500 percent, including New York City," Raja Abdulhaq, the executive director at Majlis Ash-Shura: Islamic Leadership Council of New York, told Middle East Eye.

"We cannot exclude the role of Islamophobic rhetoric stemming from elected officials and mainstream media in this observed rise. Society must do better in fighting the normalization of Islamophobia and dehumanization of Muslims."

Last year, it was found that there were 7,314 hate crime incidents reported in 2019, a 2.7 percent increase from the 7,120 incidents reported in 2018 nationally. Hate crimes committed on the basis of religion accounted for 20 percent of all incidents. Though this year's national hate crime numbers have not yet been released by the Federal Bureau of Investigation (FBI), they are expected to rise as well.

Just last month, a group of five people approached a Jewish man in NYC, allegedly made antisemitic remarks and punched him in the head, news media reported. That same week, three women allegedly slapped two Jewish children wearing religious attire in their faces and one child was thrown to the ground.

"The problem of anti-Semitism is deep and intense around the entire world... We have to stamp out anti-Semitism in a really fundamental way. And that's going to take years of hard work," NYC Mayor Bill de Blasio said in a conference on Wednesday. "I am worried about what we've seen in the last few years in this country coming up that is bad news for Jewish people, for immigrants, for people of a variety of faiths and backgrounds."

"It's something which we are very concerned about and keep fighting. In the last couple of years, we have seen an uptick in hate crimes. It's unacceptable. I believe the combination of the government and the police standing strong with the community and other communities standing together with the Jewish community is a way to push that back, fight that back in the here and now," he added.