Only 49 House Democrats have yet to sign bill, as Muslim Advocates push forward with campaign 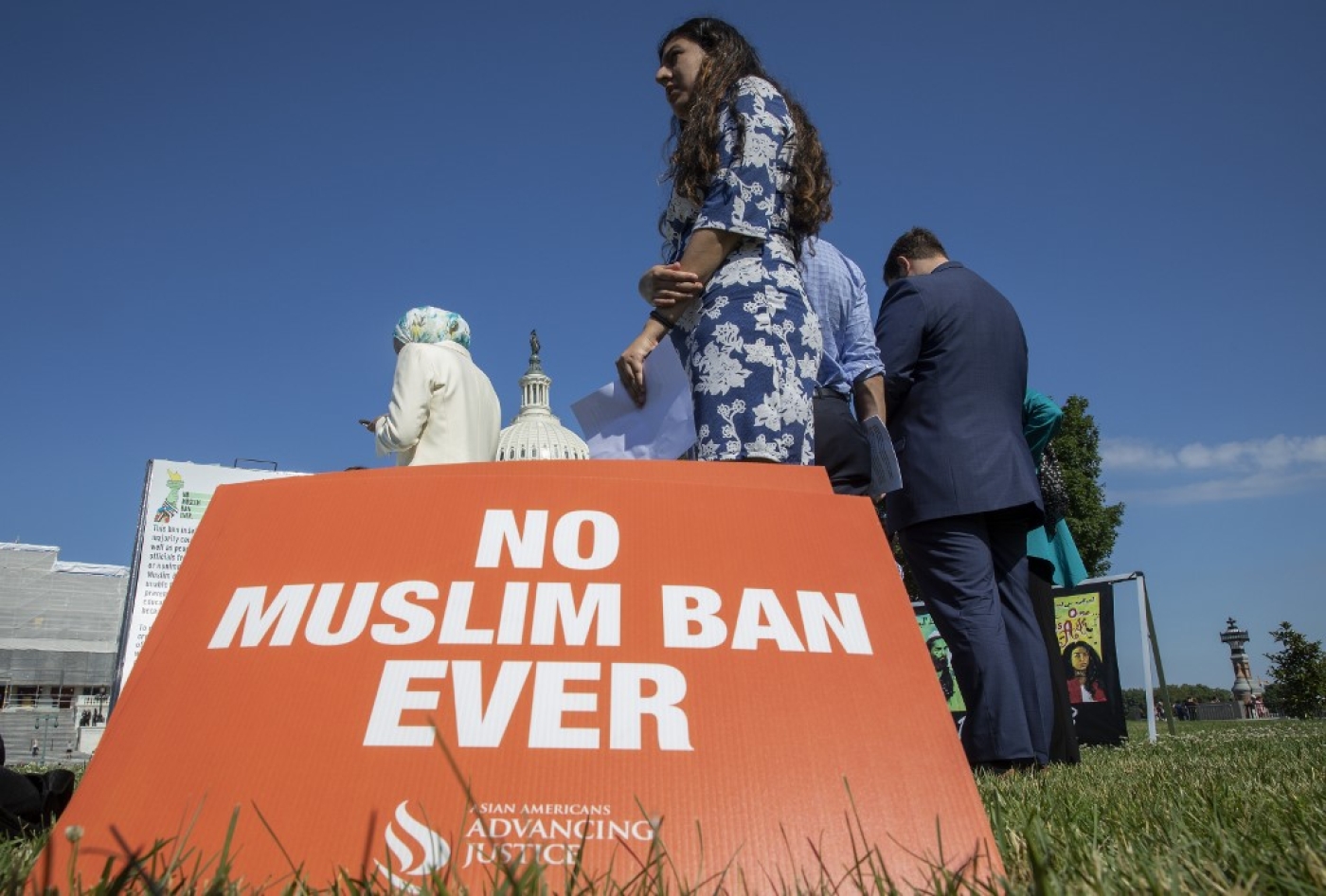 Since mid-September, at least 40 Democrats in the US House of Representatives have signed on to cosponsor a piece of legislation seeking to overturn US President Donald Trump's Muslim ban, bringing the total number of signatories to 189. 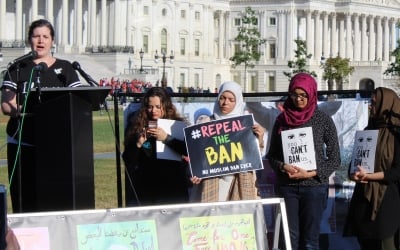 With that influx, only 49 House Democrats have yet to sign the legislation, but Muslim Advocates, a rights organisation based in Washington, wants to bring that number to zero.

The push for cosponsors on the legislation began ahead of a hearing in two House subcommittees on the Muslim ban that took effect on 24 September.

"Since then Muslim Advocates and a lot of other groups have been doing a lot of outreach to members to try and get them to sign on, and we're doing another push right now."

As of 17 October, 189 House members had signed on, but in order to pass a bill in the House, legislation currently needs 218 votes in favour. No Republicans have backed the bill.

"To be honest, the last 49 make me curious about where their priorities are," Scott Simpson, public advocacy director of Muslim Advocates told MEE.

Let's stop the #MuslimBan and all religious bans together.https://t.co/6iS276AJ49

Introduced in January by House Democrat Judy Chu, the No Ban Act aims to limit the president's authority to restrict the entry of people into the US based on nationality by halting funds to the programme in charge of implementing the ban.

Despite an uptick in support, the top three House Democrats - Speaker Nancy Pelosi, Majority Leader Steny Hoyer and Majority Whip James Clyburn - have not signed on to the "No Ban" bill.

"We're confident that they'll join, we just have to continue working on it, because we really don't think their opostion to the Muslim ban is in question," Simpson said.

"Getting members to prioritise … American Muslims is our work - making sure they're ready to walk the talk - and supporting this 'No Ban' bill is not a risky move for them to make."

'Religious freedom for all'

During his presidential campaign in 2015, Trump called for a "total and complete shutdown" on Muslims entering the United States.

Within days of taking office, Trump signed a ban on several Muslim-majority countries.

After several reiterations of the executive order and months-long court battles, the Supreme Court upheld the ban, in a decision that the American Civil Liberties Union (ACLU) has called one of the high court's "great failures".

While rights groups have denounced the ban as blatant religious-based discrimination, the Trump administration has argued that the executive order aims to protect national security.

It's time for Congress to take action and #RepealTheBan once and for all. https://t.co/U0V01aLVBA

Simpson said getting the bill passed through the House would only be the first hurdle. The legislation would still need the approval of the Republican-controlled Senate before reaching the president's desk. Even then, Trump would likely veto it.

Still, passing the legislation through the House would send a message about American values, Simpson said.

"The House can and should pass this bill to make a very clear unequivitable statement that America is a place for religious freedom for all people - that includes American Muslims," Simpson said.

"To do that though, we need to get as many cosponsors as we can."

US Politics
Will the No Ban Act become another dead bill in Mitch McConnell's 'legislative graveyard'?
Guantanamo
New defence attorney in 9/11 Guantanamo trial requests 30-month delay to prepare
US Politics
US House passes No Ban Act in opposition to Trump's 'Muslim ban'